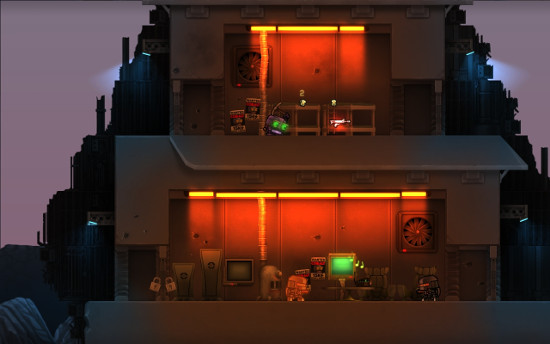 I thought this would end up happening, the developers of Cobalt which is published by Mojang and even shares one of the Minecraft developers has dropped the planned Linux version.

Annoying, as I purchased a copy when they mentioned Linux all over their website originally, and after waiting a long time it has now been dropped. I purchased a copy years ago before I set myself the rule of never pre-ordering, and I kept trying to keep up with their progress.

Originally Linux was due in their Beta phase (you can see here thanks to the Wayback Machine).

I spoke to the developers on reddit, who confirmed a refund for me shouldn't be an issue, but after poking them a few times it seems it's currently falling on deaf ears.

This serves as yet another reminder: Don't ever pre-order, and don't ever buy on a promise. Buy a game when the Linux version is out, never before. Article taken from GamingOnLinux.com.
Tags: Editorial
0 Likes
Share

Everyone knew the day that Microsoft bought Mojang we'd see them limit their Linux activities, Minecraft For Windows 10 etc. It would have been far more surprising if they actually went through with their Linux port.
2 Likes, Who?

View PC info
I just asked for a refund to the mojang support,but i have no hope on it,we'll see.

Too bad that after more than 3 years of waiting,they just ditched the linux version with no official word on it.


Last edited by serge on 13 August 2015 at 11:11 am UTC
0 Likes
Sasamus 13 Aug, 2015
I bought it way back and was really exited for it. I played it quite a bit through Wine but stopped deciding to wait for the Linux version.

It's been so long that I don't really care anymore.

Still sad that it's dropped, I would certainly have played it when it comes out. It looked very promising.

Although I think I may have already got my moneys worth out of it back then so I personally don't feel terribly cheated.
0 Likes

View PC info
Exactly the same thing happened to me with Scrolls; I contacted support and they said they wouldn't make any refund to me and now the game is reaching EOL.

Taking customer money and not providing a product at all is inexcusable.
1 Likes, Who?
Brian [Linux] 13 Aug, 2015
View PC info
If you are in the US, Canada or Mexico you can report Mojang to the Better Business Bureau for not refunding. Not sure if anything would happen, but it might.

View PC info
First Minecraft, then Scrolls, now Cobalt, Mojang are done as developers in my eyes, I'll never buy anything from them again.
1 Likes, Who?

View PC info
Is this really surprising? Microsoft bought Mojang. It was only a matter of time when titles and focus reduced. And it will go on being therefore just Windows native! :)
0 Likes

View PC info
Anything MS touches turns into garbage.
1 Likes, Who?
svartalf 13 Aug, 2015
It should be noted that not refunding the game's price is an EXPLICIT violation of the Deceptive Trade Practices laws enacted almost uniformly across the US and in many other places.

The ONLY reason they're doing it this way is because the costs of suing them over it exceed the net value you'd spend doing it. Having said this, the AG of most states would be MOST INTERESTED in this misconduct if they don't provide specific performance (the game) or a refund- regardless of the time taken to do either at this point as it's an act of Fraud otherwise on the part of Mojang and Microsoft at this point.
0 Likes
svartalf 13 Aug, 2015

Garbage might have value...what they touch...loses all value.
1 Likes, Who?
1/2»
While you're here, please consider supporting GamingOnLinux on: