By Liam Dawe - 9 October 2012 at 10:12 am UTC | Views: 9,764
Cold War follows the story of a freelance journalist who finds himself in the midst of an international conspiracy that aims to control the U.S.S.R. Twelve hours after arriving in Moscow for a routine story, he has been stripped of all possessions, beaten unconscious and thrown into the KGB`s political prison. Using only recovered weapons and improvised gadgets, he must now evade or overcome elite Soviet forces and defeat the conspiracy before he is sent to a Siberian prison camp or killed.

To quote their facebook "Coming soon to Desura ... and since so many have asked for titles like this ... it's DRM free."

Good job! The only problem I personally see is that all LGP games will be Linux only, does that bother you? While I love Linux (obviously) I still hate to see the kind of lock in of single platform purchases.

I managed to find a gameplay trailer on youtube as well! 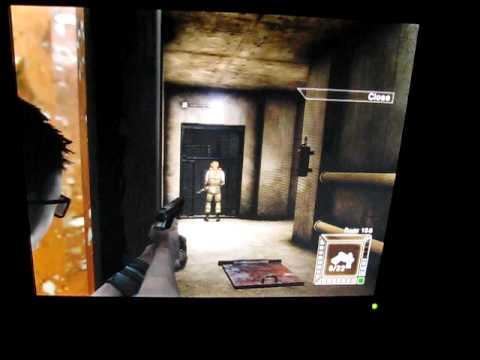 Looks like LGP is really back on track, they just need to sort out their delivery system as they have an apparent back log to get through and it should be smoother sailing for them! Article taken from GamingOnLinux.com.
Tags: Misc
0 Likes
Share

We do often include affiliate links to earn us some pennies. We are currently affiliated with GOG and Humble Store. See more here.
About the author - Liam Dawe
I am the owner of GamingOnLinux. After discovering Linux back in the days of Mandrake in 2003, I constantly came back to check on the progress of Linux until Ubuntu appeared on the scene and it helped me to really love it. You can reach me easily by emailing GamingOnLinux directly.
See more from me
Some you may have missed, popular articles from the last month:
The comments on this article are closed.
13 comments
Page: 1/2»
Anon 9 Oct, 2012
Lovely, DRM-free! I hope the others will eventually get such an update.

I guess the situation here is different, compared to paying someone to port a game to Linux. I'd obviously prefer cross-platform, but well. This will certainly make it impossible to release the versions of those games on Steam, or at least with Steamplay.
0 Likes
richi902 9 Oct, 2012

Quoting: "Anon, post: 5716"Lovely, DRM-free! I hope the others will eventually get such an update.

I guess the situation here is different, compared to paying someone to port a game to Linux. I'd obviously prefer cross-platform, but well. This will certainly make it impossible to release the versions of those games on Steam, or at least with Steamplay.

the LGP games would most likely be release just without steamplay, so if you want to also play the windows version, you have to purchase that version too. look at the recently released "black ops - mac edition", which is ported/published by aspyr, that is a good example of what will happen, i guess.

Quoting: "liamdawe, post: 5714, member: 1"Looks like LGP is really back on track, they just need to sort out their delivery system as they have an apparent back log to get through and it should be smoother sailing for them!

Don't know about that, they just lost the license to sell X2 and X3, two of the more interesting titles. In terms of releasing new games they seem to be moving backwards...
http://blog.linuxgamepublishing.com/2012/10/06/x2-x3/
0 Likes

Liam Dawe 9 Oct, 2012
View PC info
Yeah but they where outdated (missing patches) and missing expansions from what I remember so it's not a big loss.

You are right in terms of games they may be moving backwards but at least stuff like this Cold War should get them renewed revenue to at least keep going and hopefully bring some future titles.
0 Likes

View PC info
I am really curious to hear whether or not this is a new policy on their front or if they have just simply never bothered to give Cold War any DRM yet.

But yes - they do need to get a couple new games out. Prove that things are still moving. Still, this gives me some hope. :D
0 Likes
Eddward 9 Oct, 2012
I think it's pretty cool. I know I certainly prefer buy access to games on all the platforms rather than just Linux. That's one of the reason I use Desura and not Gameolith. (The other being the management interface). But I already knew when I was buying from LGP, I was buying Linux only. This just adds the download/management service I already know like.

As far as being DRM free goes, I believe they went through the trouble to add it the X2 which did not have DRM originally. I'm glad they did not go through the same trouble this time with Coldwar.
0 Likes

Still if the titles don't have Steamplay, I don't think I'd buy them. Just don't like the idea of it.
0 Likes

View PC info
Come to think of it, there was some talk years ago in the LGP blog about possibly also shipping Windows binaries for the games. They were apparently looking into it, wonder why nothing happened...
0 Likes

Bumadar 11 Oct, 2012
nothing on phoronix about this ..... lol .... anyway purchased, looks like good fun and steam or desura does not mater to me
0 Likes
1/2»
While you're here, please consider supporting GamingOnLinux on: