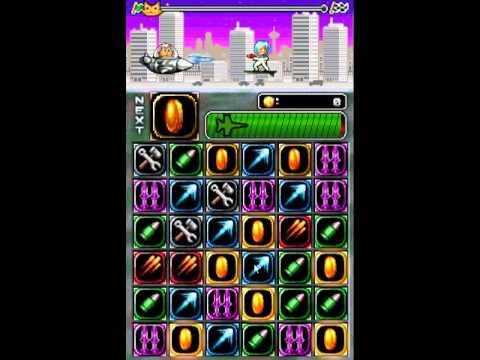 Combat Cats is a bejeweled style game withunique combat aspects that add RPG and adventure elements. Kitty Island is in shambles. This once purrfect paradise is now without an ounce of catnip. You, a member of the Kitty Island Homeland Security’s veteran Ace Fighter Pilots, are the last hope to return peace and harmony. Go against impawsible odds and battle waves of enemies in the world of Combat
Cats.

The game features a variety of offensive and defensiveactions that can be used by matching various combinations of icons. These icons will unlock things such as rockets, bullets, repairs and much more. Longer combinations will unlock various sized nukes which will destroy rows, columns, and chunks of blocks when detonated.

Combat Cats can be pre-ordered through theKickstarter for as low as $1 for the mobile versions (Android, iOS) and $5 for the PC, Mac, and Linux version. Ever wanted to immortalize your cat for eternity? Well, now is your chance to have your cat’s name in the credits or even have them added to the game in pixel form!

If you are a fan of fun, fast-paced puzzle games then pleaseconsider supporting this campaign. The majority of the funds will go towards licensing fees for releases and to add a retro soundtrack from the pawsome Michael Staple. Do it right meow!

newhorizongamesllc@gmail.com Article taken from GamingOnLinux.com.
Tags: Crowdfunding, Indie Game
0 Likes
We do often include affiliate links to earn us some pennies. We are currently affiliated with GOG, Humble Store and Paradox Interactive. See more here.
Some you may have missed, popular articles from the last month:
The comments on this article are closed.
No comments yet!