Combat helicopters are coming to War Thunder in the next update

Gaijin Entertainment have announced that combat helicopters are coming to War Thunder [Steam, Official Site] along with a teaser trailer.

They're not giving out a huge amount of information on them just yet, but we expect more soon:

We are happy to announce a new vehicle type - combat helicopters! They play a very important role in modern warfare and they are an important part of the air forces of many countries, that’s why they are coming to War Thunder!

Completely new gameplay will become available in the next major update with these heavily armed war machines! We will talk about helicopters and new armoured vehicles in our devblog series that begins today. 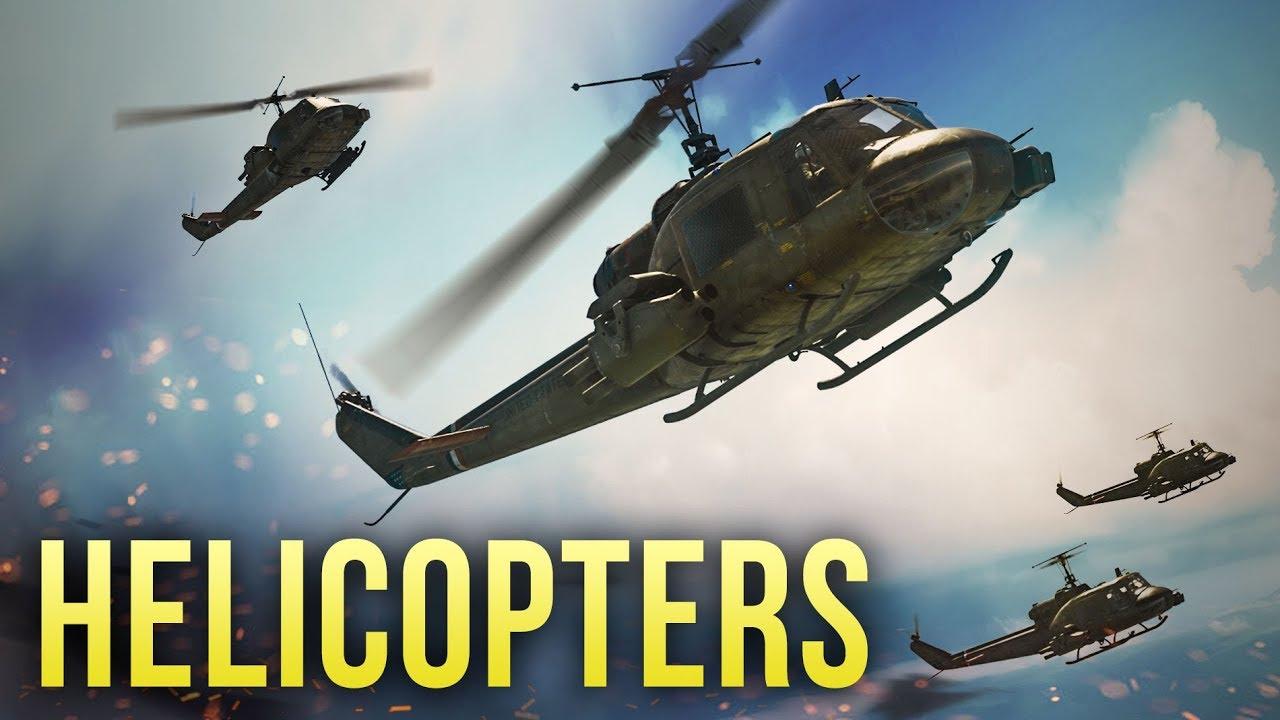 They will be doing a livestream at 1PM UTC today showing off some footage along with giving out more details on the next update to come. Read more here.

War Thunder is actually a surprisingly fun game, definately going to be jumping back in when this update goes live.

i would love that. i like tanks, but this huge maps have so much potential. and of course its for linux and with VULKAN it runs great
0 Likes

View PC info
Finally, something I can identify with.
1 Likes, Who?

View PC info
Uhm , two things :
1. The game start you out at WW2 tanks. Exactly at what tier are they going to be available ? Aka how much grind to play them ?
2. Weren't they working on boats at one point ? Did that get scrapped alltogether ?
0 Likes

Quoting: razing32Uhm , two things :
1. The game start you out at WW2 tanks. Exactly at what tier are they going to be available ? Aka how much grind to play them ?
2. Weren't they working on boats at one point ? Did that get scrapped alltogether ?

No idea about 1, but since some of the tanks in game go up to the 70s and there is talk of early guided missiles, I'm sure they'll fit them in somewhere. It's not like anybody with a life can ever reach them... Seriously, I've been playing WT for 5 years now and I barely have 3 tier 4 machines...

Boats are still "in testing", aka. pay to play. They keep introducing bigger ones - Corvetes and Destroyers are current biggest, but who knows how far will the tree reach.
1 Likes, Who?
TheRiddick 22 Aug, 2018

View PC info
THe Vulkan renderer is still not official and I get crashes and composer issues on my NVIDIA 1080ti. Still needs work and needs to be official option in launcher...
0 Likes

Quoting: razing32Uhm , two things :
1. The game start you out at WW2 tanks. Exactly at what tier are they going to be available ? Aka how much grind to play them ?
2. Weren't they working on boats at one point ? Did that get scrapped alltogether ?

In a video by phlydaily they were at 9.0br so it should be tier 6, that means quite a grind, but as long as you focus on only one nation and you don't try to research everything in a tier before going to the next one beside the required ones (usually 6 vehicles) it's tolerable. (ps early tanks in the game are from before WW2). Boats are still coming, I'd say they are almost ready so just a few more months.
1 Likes, Who?

View PC info
Helicopters were already deployed in a test on last year 1 April, and worked fine... it was delayted as they were fixing some issues, creating more units and balance then... but most of the work was already done as it reuses most of the planes features. They were also adding modern tanks, as having helis vs WW2 tanks was too much a joke, they needed to add modern tanks before the helis. So that also means that helis are tier 6, before that you didn't had any helicopters.

Boats are in beta, i play several times on weekends, its more fine-tuning, create more maps and boats. it takes longer because it requires many new features and new game modes... many fine tuninig and tests, like they said, boats are harder to make fun, because real boats are slow, specially big boats, so they need to see what works or what not
0 Likes
While you're here, please consider supporting GamingOnLinux on: