By Liam Dawe - 8 April 2016 at 7:55 pm UTC | Views: 16,961
UPDATE: Seemingly after I sent them an email querying the Linux support due to their last failed attempt with their previous game, they changed their FAQ. Linux is now just listed as a platform with the rest of them, instead of Linux/Mac having their own question with an answer of them being day-1. A developer has replied in our comments here to explain. 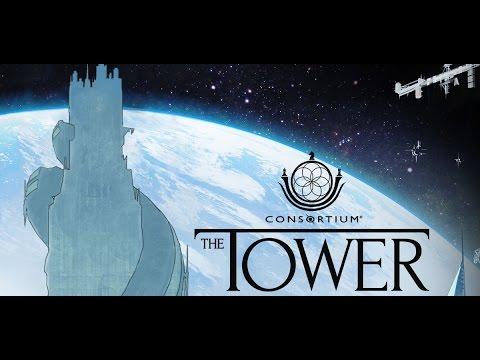 It's from the same developers who created Consortium, a Windows only game. Great to see them expand their platforms now with their new game.

They say if you combine the original Deus Ex with the Die Hard film you end up with Consortium: The Tower. That's enough to sell me, but looking at the actual gameplay from the pitch video included above the game actually looks like it could be brilliant. Looks like there's a ton of different ways you could play each section, and I love the freedom.

My only issue here, is that the original game Consortium was meant to come to Linux, but never did. They are being totally upfront this time that Linux will be day-1, but I am still concerned enough not to fund it myself as they didn't deliver at all last time. I have contact them today to ask about it, so when I get an answer I will do another article. I would very much like that issue cleared up before I can recommend any Linux gamer funding it.

It looks terribly exciting, so I hope it doesn't fail us like their last game did.

Find their crowdfunding campaign here. The Linux logo is prominently listed next to the other platform logos, and it has an FAQ section to clear it up for good. Article taken from GamingOnLinux.com.
Tags: Crowdfunding, RPG, Unreal Engine, Upcoming
0 Likes
Share

Huh, did they change that? I could swear that a few days ago it still said "maybe" (or something to this effect), similar to what the original Consortium Kickstarter campaign said. Or did I just imagine that? O_o

And yes, I for one am also still miffed that the original Consortium never came to Linux.

View PC info
They can release it and then maybe have my money. I'm done with paying for promises that may never materialize.
10 Likes, Who?

Quoting: adolsonThey can release it and then maybe have my money. I'm done with paying for promises that may never materialize.

Same. I'm done with crowdfunding, even for companies I explicitly trust, like InXile and Harebrained Schemes. No crowdfunding, no early access, no betas, I'm only buying FULLY finished products.

Hopefully this game gets made and does indeed have Linux support (unlike the first game). If that happens, I'll look at it and think about buying it then.

Segata Sanshiro 8 Apr, 2016
View PC info
I wouldn't put a single penny into something hosted on Fig, it's just the latest confidence trick to come out of Double Fine:

The game itself looks good, but the crowdfunding platform is super shady, lots of small print, based in a tax haven and with lots of intermediaries. I ask anyone considering putting money into this to watch the video.
4 Likes, Who?

View PC info
I played through the original game and was quite impressed by it. It felt a little bit "low budget" but at the same time it was really fascinating and interesting.

Lol, after playing through it, I described the plotline as : "-The main character you play, is an alien consciousness transferred through a digital rift, into an unknown individuals body that serves as a crewmember in a futuristic flying-ship, in an alternate dimension. After that...you're on your own."

If the sequel comes to Linux, then it's a must buy for me.
0 Likes

Let's hope they will release Linux version as promised
1 Likes, Who?

Quote"Our game will launch on Windows first while we fumble around with Linux for months and try to hide all evidence of our Linux promises!"

Will be interesting to see if I get a reply to my email, would like to see the situation cleared up.
0 Likes

View PC info
Update: After posting this, they actually changed their FAQ. It no longer states Linux will be a day-1 platform.

I guess they got my email.
0 Likes

wintermute 8 Apr, 2016
View PC info
They've been fairly up front about things the whole time, here is the last word about Linux (and Mac) native support for the original Consortium:

Seems like they've learned some things from their mistakes. And they at least made some effort to make sure it functioned in WINE:

I already waived my personal "no more crowdfunding" rule for this game because I already backed the failed Kickstarter which was a precursor to this Fig campaign (and so got a $5 discount backing this one). I'm rationalizing it as a re-pledge rather than a new pledge.
1 Likes, Who?
1/3»
While you're here, please consider supporting GamingOnLinux on: