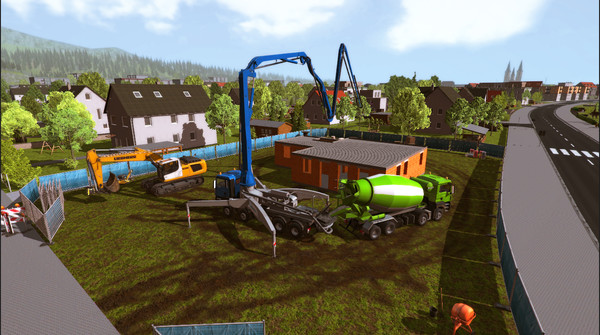 Construction Simulator 2015 ran a private beta that went so well they have now opened it up to the public.


QuoteMaybe some of you heard we made a private beta test for a linux version of the game. This went pretty well so we decided to make the beta public.

I do this as a side project, so there is not much time to give any support. But I will try to help where it's possible. Keep in mind this isn't an official release. It's a beta! Therefor the version number is not the same as the current Windows/Mac Version so you can't play in multiplayer with Windows/Mac users.

See the full details on how to access it here.

About the game
19 realistic construction vehicles, including original machines and trucks manufactured by Liebherr, MAN, and STILL, as well as various trailers for the true-to-life MAN tractor truck are all included together in one package for the first time in the Gold Edition. The already extensive motor pool of the core game has been significantly expanded with the Liebherr LB 28 drilling rig, complete with new functions, as well as the Liebherr LR 1300 crawler crane, the Liebherr 150 EC-B flat top crane, and the escort vehicle for heavy loads.

In this game, the developers have paid special attention to creating a game with a realistic feel, whether the player is working on projects or operating vehicles. You can, for example, operate a digger with two joysticks using SAE controls! Common gamepads and steering wheels are also supported.

Thanks for the tip aramil248. Article taken from GamingOnLinux.com.
Tags: Simulation, Steam
0 Likes
We do often include affiliate links to earn us some pennies. We are currently affiliated with GOG, Humble Store and Paradox Interactive. See more here.
About the author - Liam Dawe

View PC info
I just noticed that this game is now available with Linux support in the store.
0 Likes
While you're here, please consider supporting GamingOnLinux on: