Cossacks 3 for Linux has been delayed, yet again 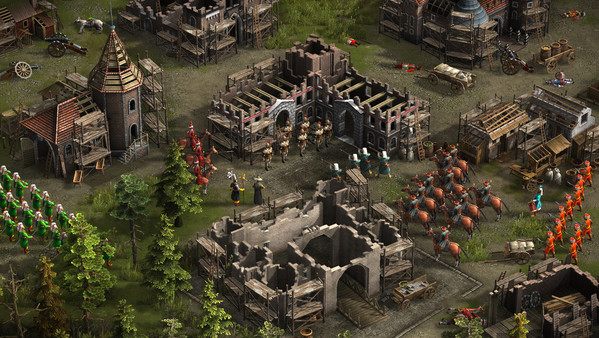 I really hope this is for the last time, but in all fairness the delay isn't too long this time. Cossacks 3 [Steam, GOG] for Linux has been delayed until the 29th of March.

But there's no reason to lose heart, as we're glad to announce that a huge content patch will be released in a few days, that will finish the ranking system and tweak the game's balance once again.

Have a nice day!

While I'm sad we've seen yet another delay, I'm glad they are working to make it a polished experience for us. A two week delay is tolerable after multiple delays already, as long as it performs well on release.

Still, it's quite frustrating as a big fan of the RTS genre to have to wait again. Luckily the Cossacks developers already gave us keys so we can dive in as soon as it's released, but it seems we won't be getting the beta access they previously said we would be.

Article taken from GamingOnLinux.com.
Tags: Delayed, GOG, Steam, Strategy, Upcoming | Apps: Cossacks 3
3 Likes, Who?
We do often include affiliate links to earn us some pennies. We are currently affiliated with GOG, Humble Store and Paradox Interactive. See more here.
About the author - Liam Dawe

View PC info
I can't wait to spend my money on this.
1 Likes, Who?

View PC info
Just finished Dawn of War II incl. both expansions. So I am definitely looking forward to this one ;-)
0 Likes

View PC info
Cossacks ages ago has been my favorite historical themed RTS. I loved it more than Age of Empires (and I liked a lot AoE). I have a huge backlog now so I do not see spending €20 any time soon (a huge discount may trigger me though).

I remember they had said in March so if they make it before the end of the month is it really a delay or just a stretch?
0 Likes

I'm also happy to wait a little bit longer. I'm really exited
for this one.
2 Likes, Who?

View PC info
I'm ok with this small delay as I have been buying too many games lately lol.
0 Likes

Arthur 15 March 2017 at 10:38 am UTC
View PC info
No problem with it either, I have several games I've barely touched though I guess I'm more hyped for Cossacks.
1 Likes, Who?