Cossacks 3 - The Golden Age DLC released, the final for the Deluxe Edition 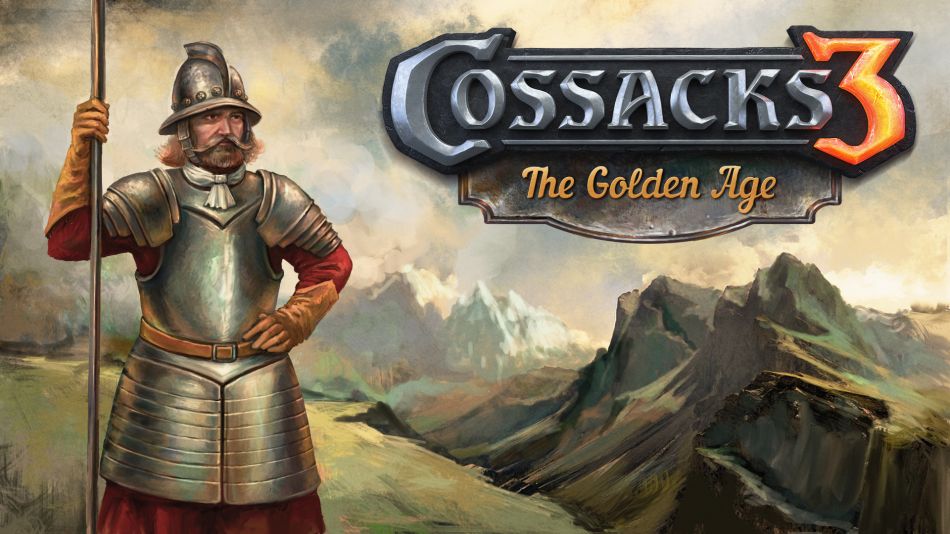 The final DLC for Cossacks 3's Deluxe Edition "The Golden Age" [Steam] has been released adding in historical battles, new scenarios and more.

Truthfully, I haven't had enough time to really get to grips with Cossacks 3 and the Linux version is still considered a "beta" right now. Once they polish it up, they should be putting the Linux version on GOG too (so they tell me).

Have many of you tried it? Let us know your thoughts on it so far.

Article taken from GamingOnLinux.com.
Tags: DLC, Steam, Strategy
3 Likes, Who?
We do often include affiliate links to earn us some pennies. We are currently affiliated with GOG, Humble Store and Paradox Interactive. See more here.
About the author - Liam Dawe

I've tried the game which is rather good, ressembles to AoE2 with big armies. But the Linux version is still very beta quality :
- Many freezes where the only thing left to do is to kill the game
- Sometimes buttons are disabled while the action is enabled (when saving games notably)
- A strange bug : all the units stay frozen until I save the game, then they get back to life...

View PC info
I bought Cossacks 3 quite a while ago. It hasn't worked with my RX480 so far. I wish this would be fixed :/
0 Likes

Arthur 28 Aug, 2017
View PC info
I bought it but haven't done more than the two tutorial campaigns. The performance is not horrible but it stutters a bit, which I don't have a lot of tolerance for nowadays. I hope they'll fix it in time.
0 Likes

View PC info
Has anybody got it working in Manjaro? It works on Ubuntu but no luck in Manjaro so far.
0 Likes

View PC info
same here doesn't work on opensuse I've even tried debootstrapping an ubuntu installation and declaring the libs as variables in a wrapper, didn't worked either.
There is some bug with libxcb 1.12 and amd cards that needs to be compiled with -0O CFLAGS, but again that didn't worked for me.

View PC info
Its basically remake of original Cossacks. With mod support. And its a bit broken on Linux since it freezes often and it takes few minutes to unfreez. At that time, civilians mine, build, but don't move. Barracks work as well, but units don't move from them. After while, it unfreezes as horde of units gets out of barracks. This is quite serious issue probably in engine since you can't really throw this on graphics card.
0 Likes

View PC info
I've longed to play an Age of Empires-like game for ages (ba-dum-tss!). I won't buy them and run them in WINE, and the AI enemies in 0 A.D. destroy my base within half an hour in the few games I played of that. I hope it's better by the winter sale. :S:
0 Likes

View PC info
Spud13y: Cossacks is AoE-like in the same way that Company of Heroes is AoE-like. Both are historical RTS... And there similarity ends.

Cossacks 1 and 3 relies on much more massed units, specific mechanics for base destruction and spots generating resources in form of mines. This, plus rather shallow tech tree (but I mostly play as Algeria, which has basically no tech tree and is rush faction) makes it quite different from AoE. But note that even AoE 3 is not AoE-like game as, from what I remember, the change of mechanics was rather drastic.

Now, if you throw Cossacks 2 into the mix, it is completely different (even more so than AoE1/2/AoM/AoE:O from AoE3), Cossakcs 2 is much more tactical game, it is still fun, but it scratches totally different itch.
0 Likes

View PC info
Anyone having problems with the game not starting, black screens, segfaults. I've found the solution, using the flatpak version of steam it runs perfectly fine! (haven't checked the freezes, it just runs)
Now I got to figure out how to make flatpak see partitions outside the container.

Quoting: chancho_zombieAnyone having problems with the game not starting, black screens, segfaults. I've found the solution, using the flatpak version of steam it runs perfectly fine! (haven't checked the freezes, it just runs)
Now I got to figure out how to make flatpak see partitions outside the container.

Nice tip! I got it running that way but the ground has no texture - it's all black. But that's better than nothing!
0 Likes
1/2»
While you're here, please consider supporting GamingOnLinux on: