Cossacks 3 to come to Linux soon, finishing touches being done 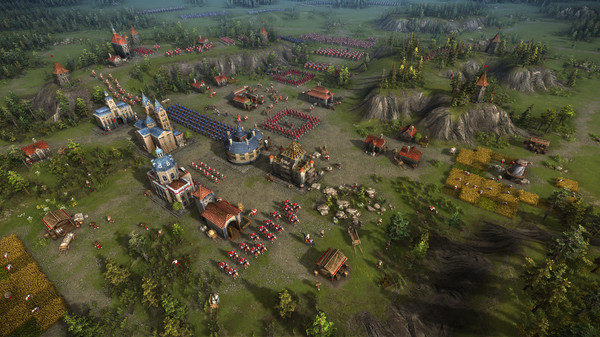 Fantastic news for strategy fans, as Cossacks 3 [Steam, Official Site] will be on Linux soon. A little later than planned, but we've been told the finishing touches are being done.

This is one time I haven't been too bothered by the delay, even though I wanted to play it badly. The game at release was quite buggy, but they have rolled out patch after patch to fix it up.

The reviews overall are "Mostly Positive", so I am still looking forward to it.

Recently, they added in some huge news maps and the ability to have 8 players in a single game, so that sounds fun.

About the game
This remake of the classic game, that originally launched in 2000, contains all of the elements that distinguish the successful Cossacks games and combines them with contemporary 3D-graphics. Cossacks 3 provides the player with infinite tactical options, including not only the construction of buildings, the production of raw materials, but also the broad selection of various units and the influence of the landscape.

Twelve nations, 70 different unit types, 100 research opportunities, and over 140 different historical buildings are available to the player. Besides the battles ashore, players can build an armada and attack their enemies at sea. Cossacks 3 offers five historic single player-campaigns and up to eight players can fight each other in multiplayer-mode on one map. The player can forge alliances with or against others as well as challenge the computer. Randomly generated maps provide endless variations and can be adapted to the gamer’s needs. Article taken from GamingOnLinux.com.
Tags: Steam, Strategy, Upcoming
2 Likes, Who?
We do often include affiliate links to earn us some pennies. We are currently affiliated with GOG, Humble Store and Paradox Interactive. See more here.
About the author - Liam Dawe

View PC info
This was also released on GOG today; no idea if the Linux version will be made available there as well though. I posted in the release thread asking GOG about it and have emailed GSC about it too.
0 Likes

0 Likes
garyzw 22 November 2016 at 3:54 pm UTC
This looks really good and I'm happy it has been released on GOG. Looks like a it will be available for Linux also. I'm wondering if the GOG Windows version will run using Wine? If so I would buy it now and the later install the Linux version.
0 Likes

View PC info
Best to wait for confirmation that the Linux version will be coming to GOG - it would suck to buy it and then find out that the Linux version will remain Steam exclusive. This has been the case with a lot of other games released on GOG & it's something that they really need to work on IMO :/
0 Likes
garyzw 22 November 2016 at 4:10 pm UTC
Good advice adamhm thanks
0 Likes

What's the next thing you do ask for? Linux is not enough, it has to be DRM free on Linux? So the next level are native BSD Games?
0 Likes

View PC info
My bet is on "Steam-exclusive" release. GOG did not do a thing about Linux in the past and I doubt something changed this time.
0 Likes

What's the next thing you do ask for? Linux is not enough, it has to be DRM free on Linux? So the next level are native BSD Games?

You say that as if it's somehow unreasonable to expect fair treatment of all customers. Anyway I've always been ardently opposed to DRM, since long before I even considered using Linux; as far as I'm concerned DRM reduces the value of any software to near worthless (and Steam is the only DRM I will tolerate at all. Any other DRM = it doesn't exist to me and I won't accept it even if it's free).
0 Likes
garyzw 22 November 2016 at 4:53 pm UTC

cRaZy-bisCuiTWhat's the next thing you do ask for? Linux is not enough, it has to be DRM free on Linux? So the next level are native BSD Games?

Plintslîcho 22 November 2016 at 6:11 pm UTC
View PC info
Never played a Cossacks game but I have to say that Cossacks 3 looks pretty beautiful. I'd definitely pick it up if they release it on GOG.com.
0 Likes
1/2»