Could a Double Fine Humble Bundle be coming?

By Liam Dawe - 3 May 2013 at 6:31 pm UTC | Views: 10,926
So with some recent titles including Brutal Legend and now Stacking and Costume Quest all hitting the Steam Linux Database and no weekly sales on Humble could the time be ripe for a Humble Double Fine Bundle? This is all pure speculation of course.

So no one really knows when a new Humble Bundle will hit except Humble themselves and the few developers they choose to include in the actual bundles but, with their recent stopping of weekly sales for a moment and now multiple Double Fine titles hitting the Steam Linux Database it does beg the question, is a Double Fine bundle coming?

Although something to bear in mind is that titles appearing on the Steam Linux Database doesn't actually mean they will be coming to Linux any time soon as was the case with Insurgency and Dystopia.

Article posted as a follow up to the lg-reddit thread I found on it here.

If we don't see a Humble Double Fine Bundle then I am sure we will see a new Humble Indie Bundle relatively soon, considering so far this year there has been some sort of bundle going on every month:

That's not even including their weekly sales which the last one stopped on the 16th of April.

So with that in mind, again speculation here, could we see a new major bundle this month? Article taken from GamingOnLinux.com.
Tags: Misc
0 Likes
Share

We do often include affiliate links to earn us some pennies. We are currently affiliated with GOG and Humble Store. See more here.
About the author - Liam Dawe
I am the owner of GamingOnLinux. After discovering Linux back in the days of Mandrake in 2003, I constantly came back to check on the progress of Linux until Ubuntu appeared on the scene and it helped me to really love it. You can reach me easily by emailing GamingOnLinux directly.
See more from me
Some you may have missed, popular articles from the last month:
The comments on this article are closed.
11 comments
Page: 1/2»
SteamPenguin 3 May, 2013
Lets hope so :D Even though I already own all theses games(on a mixture of platforms) I will buy them again on Linux lol
0 Likes
toor 3 May, 2013
That would be awesome
0 Likes
Velho P 3 May, 2013
Brutal legend for linux? 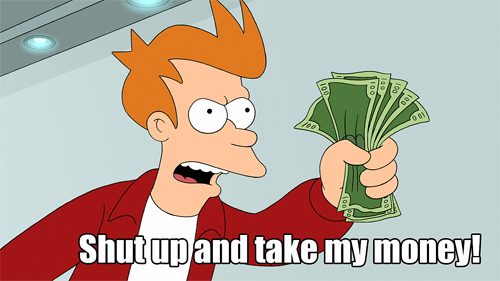 Yes, I would enthusiastically support this.  :D

Man, I hope they get their THQ distribution rights out of Nordic Games...
0 Likes

View PC info
As long as it is not another Steam exclusive or platform locked bundle. Oh, how I pine for the days when I did not have to say such things....
0 Likes
toor 4 May, 2013
Yea… steam left us with the hope that we will see popular and non-indie games on linux, but it seems for now that all we got is to have DRM from indie games removed.
0 Likes
toor 4 May, 2013
DRM-free removed I meant ^^' Sry about that
0 Likes

View PC info
To be fair, I blame HB for bending more than just blaming Steam. At least Steam was not turning on a principle. But we should probably see what is being offered here before drawing conclusions on this bundle (which may not even happen).
0 Likes
Toby Haynes 4 May, 2013
The Humble Indie Bundles have always been, without exception, cross-platform and DRM free. The Humble Frozenbyte/Voxatron/Android/THQ bundles are a separate set of releases and have their own rules. I don't see a bending of principles - I just see a range of releases.
0 Likes

View PC info
But up until the THQ Bundle all the others had been DRM free and cross-platform to. I have heard your argument before and it has failed to convince.

I am still happily playing the cross-platform and DRM free Frozenbyte titles I bought, for instance.

But as I said, no point in speculating on this one too much until we get more information.
0 Likes
1/2»
While you're here, please consider supporting GamingOnLinux on: