Valve have updated Counter-Strike: Global Offensive to introduce some new maps as well as mix up competitive play with a new "Scrimmage" game mode.

The Workout map has been removed, with Breach and Seaside making an appearance in Defusal Group Sigma. Breach, Seaside and Ruby have also been added as new "Scrimmage Maps" to official competitive matchmaking. 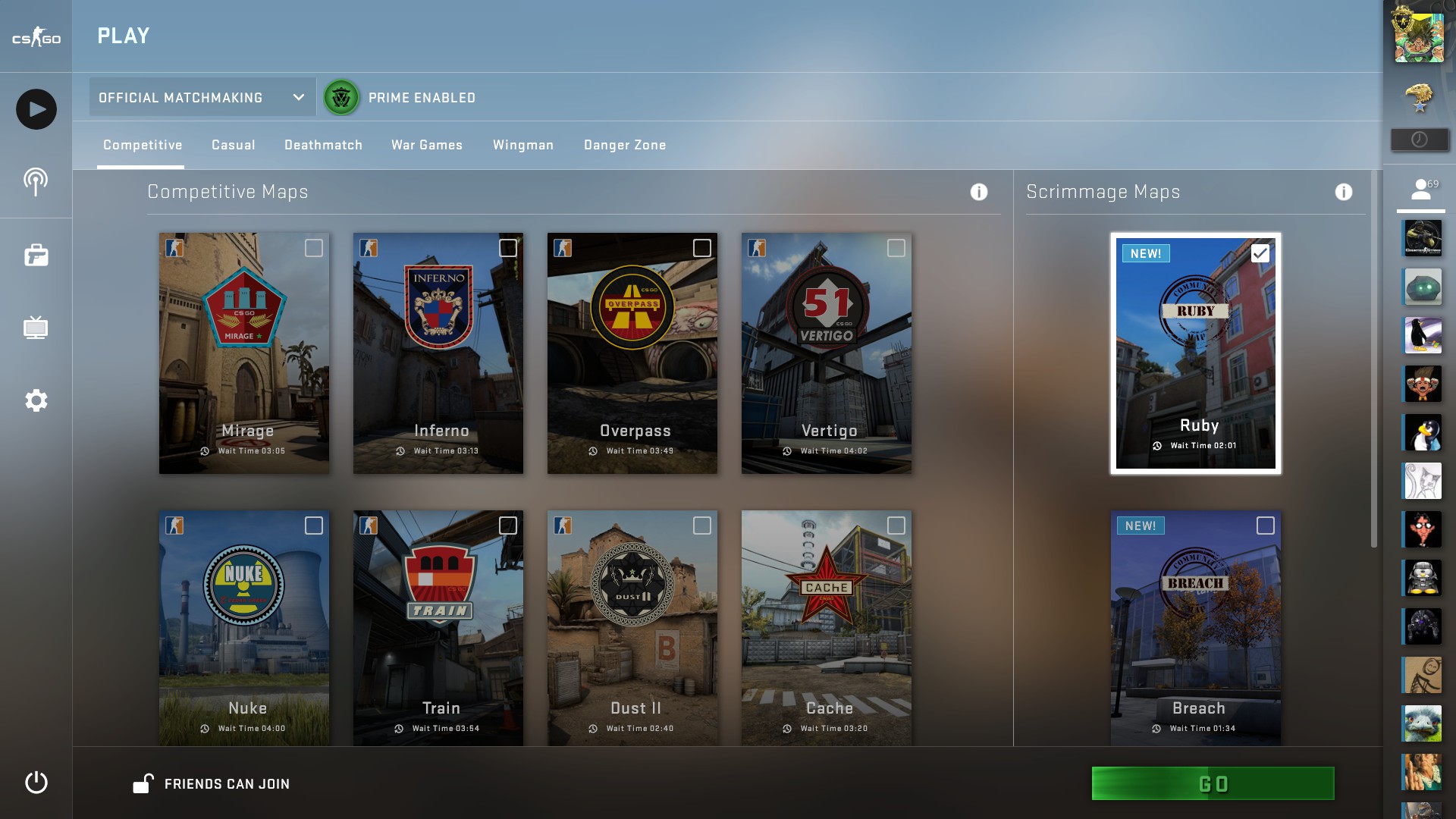 Scrimmage 5v5 has the same rules as official competitive matchmaking, except there's zero restrictions on player skill levels and your Competitive Wins counter will not be incremented upon winning the match. This means, you can play it with anyone. Abandoning the match will result in a penalty too, as it's basically unranked competitive play.

They also adjusted the Vertigo map to give it a bit of a refresh which includes a new approach to B site, they removed "rafters" around B site entrance, offset HVAC units on B site and numbered them, added a way to throw utility into B site without being exposed, removed one-way drop down elevator shaft and more.

You can see all the changes made here. As usual you may find CS:GO free on Steam.