Cradle is a brand new adventure game from ‘Flying Cafe for Semianimals ‘ that’s now on Steam, I managed to grab a copy to take a look, and here’s my findings. It’s really nice to see another UNiGiNE powered game.

About the game (Official)
Cradle is a sci-fi first-person-view quest designed for the player to explore the surrounding world. The story is built around the relations of the protagonist and a mechanical girl who by quirk of fate found themselves amidst the desert. The player’s task is to repair the mechanical body of his companion and solve the mystery of the neglected entertainment park located not far from the yurt together.

Gameplay video: Warning, spoilers ahead in the video! You could consider this a walkthrough for the cooking section. 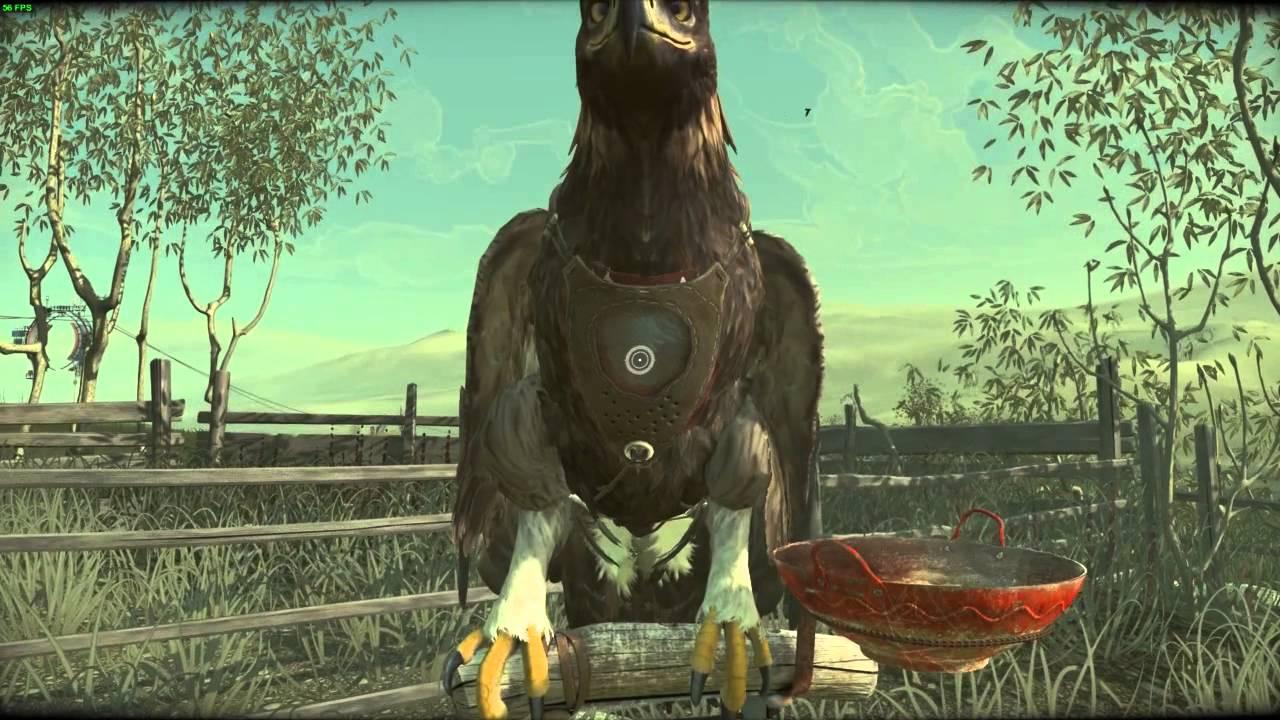 YouTube videos require cookies, you must accept their cookies to view. View cookie preferences.
Accept Cookies & Show   Direct Link
My thoughts
Performance
It’s running okay, when turning around in a circle it can stutter a bit as it loads in some graphics. Loading a new area will also making you stutter, but once it has loaded the graphics of the area in the performance levels out a bit. You can see the stutter in the video above, which is amplified a bit due to recording. I am running it on the highest settings, which isn’t helping. I still expected my Nvidia 970 to be a bit smoother though.

Gameplay
It seems pretty interesting, and being able to interact with tons of items makes the world feel quite alive.

You wake up in some sort of yurt that has a mix of new and old technology, and it seems you can’t remember a lot. It feels quite a lot like Gone Home, but it’s quite a bit longer.

I will give you one hint: At the start they call it a “pot”, but it’s not a pot, it’s a wok. This had me stumped for a while, so I had to google it. The uncultured person in me is also coming out, as I had to google a certain term to do with the cooking section to know what the heck I was looking for.

Okay, I lied, I will give you two hints: Don’t just throw things everywhere like me, it makes finding what you need incredibly difficult. Especially so when you know you saw something you need earlier, but you threw it around like a mindless neanderthal.

It’s a time sink that’s for sure, and the atmosphere is pretty great. The landscape is quite beautiful, and the mix of sci-fi tech is a wonderful addition to the game.

You can open drawers, and read all the notes inside, throw around chairs and cups and do lots of weird and wonderful things.

The game is pretty frustrating, as the hints don’t explain very much for you, and you’re pretty much left to your own devices to figure the world and story out for yourself.

This may very well be the first adventure game since Gone Home that I finish, it's just beautiful, and the setting has me mightily curious.

Issues
The game defaults to a rather low FOV and there aren't any apparent ways to change it. Some people have reported that they have felt sick after playing the game. To see if this affects you, try watching the gameplay video.

I’m not sure if it’s the MATE desktop acting funny, but I am unable to alt+tab.

Taking a screenshot in Steam results in a garbled mess too.

Final thoughts: It seems pretty decent, and holds your hand at least a little bit with hints, just enough so you have a basic grasp of what to do. I like that, as the only confusion is caused by myself throwing things around I later need. The graphics are great too, especially loved the animations on your pet bird, and I can’t wait to find out more.

View PC info
For a game that seems to offer nothing intressting, Im finding this very intressting.
The music, the sounds are relaxing. And it gots a "borderlandish art style" in some parts.

Segata Sanshiro 25 Jul, 2015
View PC info
The stutter is pretty noticeable in the video. Do you remember what sort of FPS you were getting if you had the counter on?

The game does look awesome though!
0 Likes

Quoting: Segata SanshiroThe stutter is pretty noticeable in the video. Do you remember what sort of FPS you were getting if you had the counter on?

The game does look awesome though!

The counter is top left in the video, you need to fullscreen to see it properly. It's quite a bit smoother when not recording though.
0 Likes

View PC info
I added a low-FOV warning to the issues section of the article. It seems the game defaults to a quite low field of view and might induce motion sickness.
0 Likes

View PC info
The performance isn't the best, but I got most of the stutter out of it by turning antialiasing down to 2X, I might turn it off completely because it doesn't seem to make much difference. Otherwise my GPU (Titan X) can brute force a decent framerate out of it at 1440p and max settings (minus the antialiasing) most of the time, but it should definitely be running better on a $1000 GPU (yes, I realize it's an outrageously overpriced GPU). It's overall a nice looking game, though it seems a weird choice to have you begin the game staring at one of the most terrible looking textures in the game on the floor (I suppose it makes everything else look better by comparison). There are tons and tons of pictures to look at and nespaper clippings to read and more to find if you move some things around. It's easy to get lost and forget what you're doing just reading things and interacting with objects, but there is a built in hint system (which I've admittedly never used yet). It's an interesting game, very atmospheric and chill, so far, anyway.
1 Likes, Who?

View PC info
It looks nice but if it plays like "Myst" I'm out.
Simply hated Myst back in the days.
0 Likes

Quoting: subIt looks nice but if it plays like "Myst" I'm out.
Simply hated Myst back in the days.

It plays like Real Myst rather than Myst (i.e. full 3D movement rather than moving from scene to scene. I'd say the puzzles are less obtuse and cryptic also... So far, anyway (keep in mind I'm early into the game).

Edit: Also, Liam, it's not just MATE; I run XFCE and Alt+Tab doesn't work here either, neither do screenshots.

UNiGiNE? That's very unexpected. I just hope it won't be the last game we got from it.
1 Likes, Who?

Quoting: KeyrockEdit: Also, Liam, it's not just MATE; I run XFCE and Alt+Tab doesn't work here either, neither do screenshots.

Thanks for the confirmation, as I use Xfce… Waiting for a fix then. That and the missing key bindings options. And the mouse smoothing.
0 Likes
1/2»
While you're here, please consider supporting GamingOnLinux on: