Monsters and Monocles [Steam, Official Site] is a pretty decent top-down shooter, full of seriously fun weapons and the latest release has continued to make it even more interesting.

To help those of you who might get a little lost, there's now a mini-map which will mark entrances, exits, shops, npcs, treasure rooms, and challenge rooms. I'm not too keen on the position of it right now, but having it does feel quite a lot better. I feel like I'm lost a lot less and getting into the action a fair bit more now. 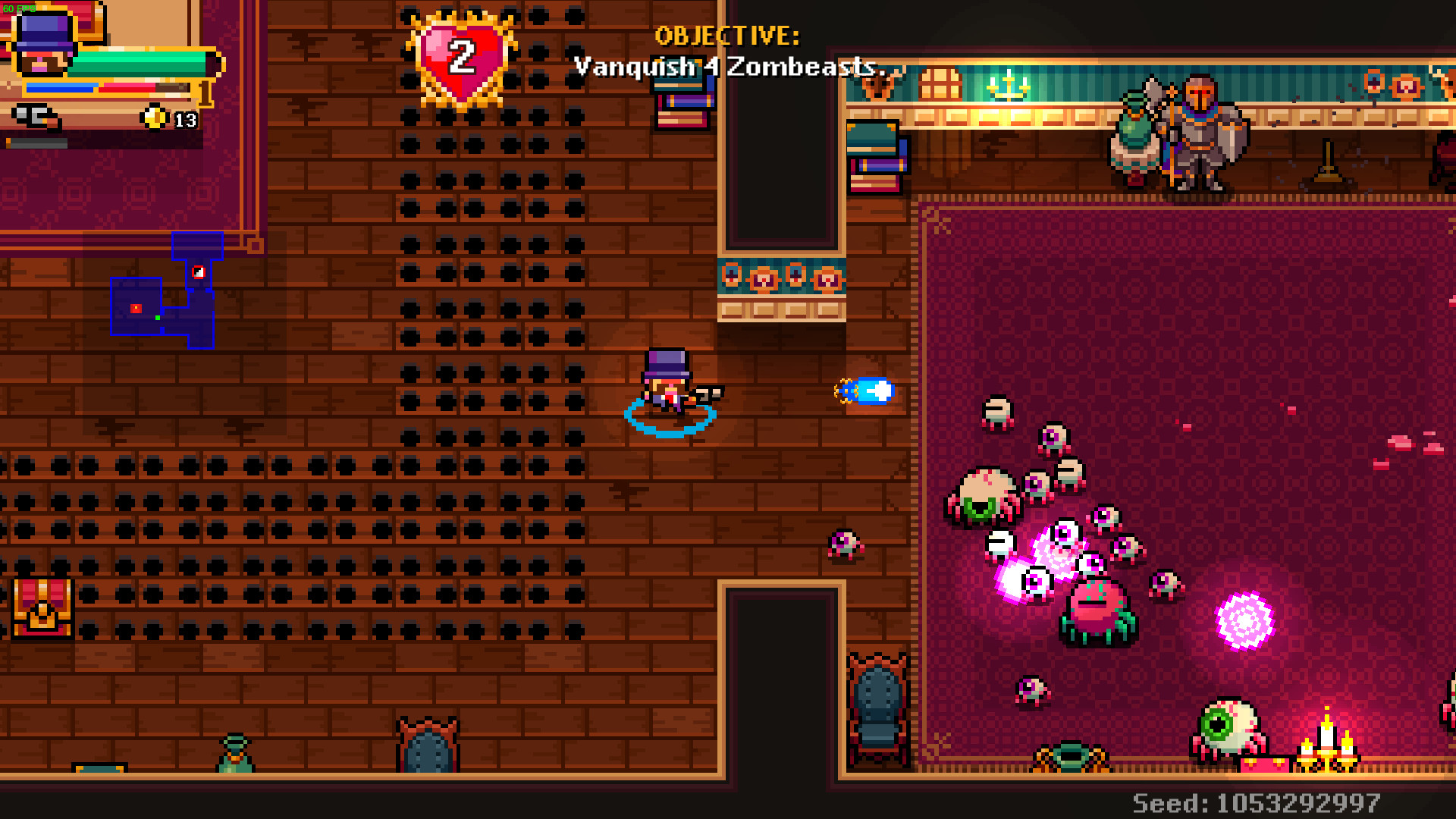 The Challenge Room feature that's new with this release is also a very nice touch. They're special rooms that have a higher challenge and risk, but they also give you a decent reward (currently the floor map, more planned).

You can also now find NPCs to talk to who might offer you some sort of blessing. On top of that there's new combat and treasure rooms, double difficulty arenas, nine different potions and changes to the map generation to prevent certain issues. It seems The Mansion area has seen the most work lately and it shows, it's challenging and definitely fun to run and gun through. 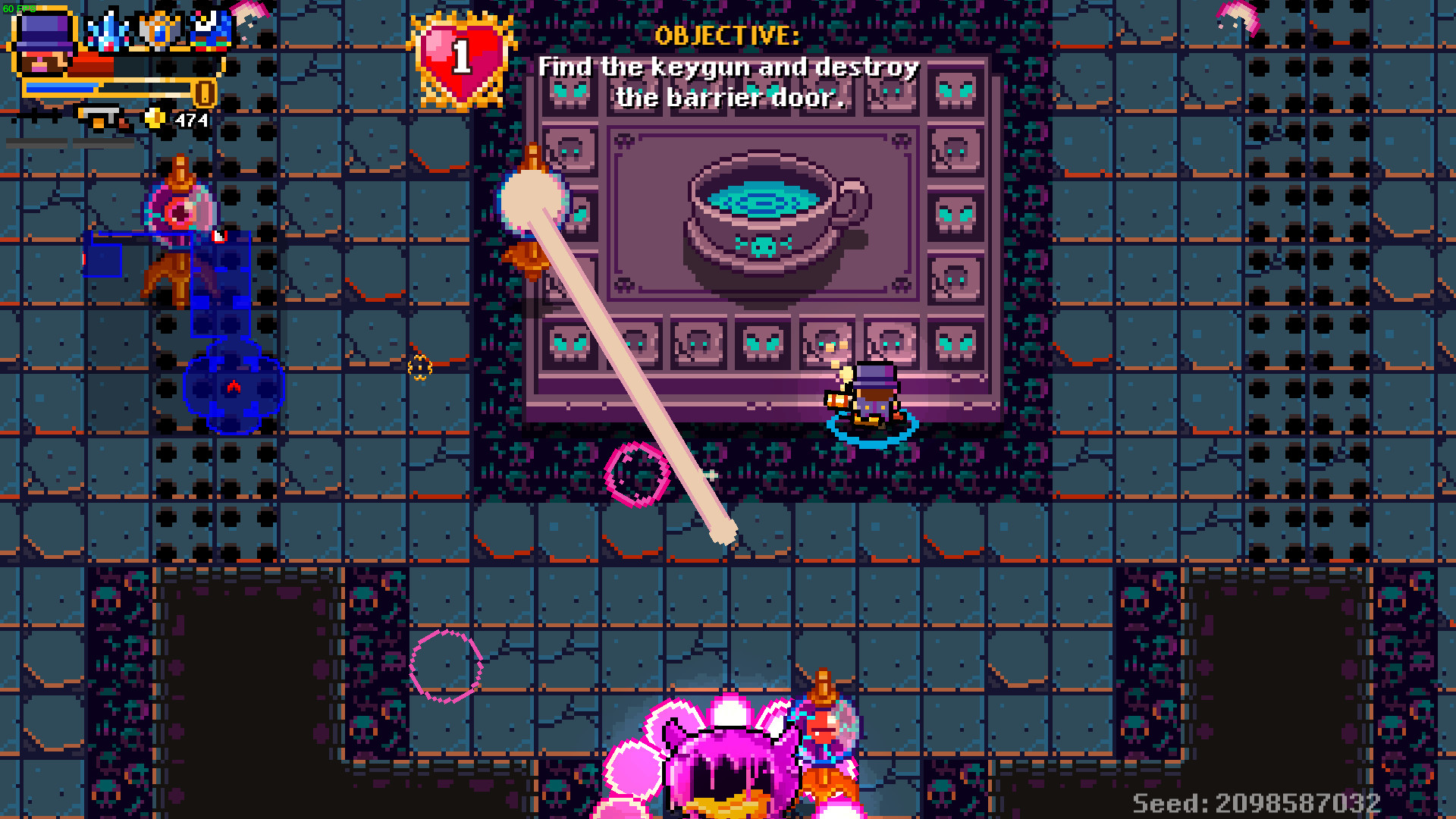 Read more about the update here.

I personally think Monsters and Monocles is a bit of an unnoticed gem. We have a lot of top-down shooters, but not many with such fantastic style as this. Who doesn't like the sound of a Crumpet Cannon? There's also a weapon that shoots Scones and cups of tea will replenish your health.

One minute you might be dealing with a walking eye, that turns into lots of little walking eyes when shot—the next you're taking on walking bombs and flying books that turn the game into a bullet hell. The amount of variety on offer is nuts, give Monsters and Monocles a try on Steam.

Article taken from GamingOnLinux.com.
Tags: Early Access, Action, Indie Game, Steam
2 Likes, Who?
We do often include affiliate links to earn us some pennies. We are currently affiliated with GOG, Humble Store and Paradox Interactive. See more here.
About the author - Liam Dawe