Creator of Police Quest launches a new Kickstarter, we chat to them

So we now have Precinct up on Kickstarter, this is from the original creator of Police Quest and it promises to be a good one, that's unless you're on Linux, we clear up why it's not so bad though after a first look. 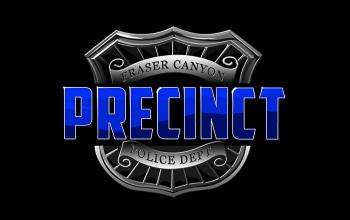 Linux is a $200,000 Stretch Goal, let me give you a moment....got your breath back? Confusing I know as they are using Unity3D which has a Linux export option! Thankfully we are here as always to try to walk through the smoke and mirrors and find out why. We are ahead of consoles at least.

I had a chat with Precinct Executive Producer, Robert Lindsley

QuoteHello, It's Liam from www.GamingOnLinux.com I am wondering why Linux is set at a 200k Stretch Goal if you wouldn't mind filling us in for a moment before the net explodes about your project.

This article by Cheeseness is a good one for Stretch Goals and Linux support: http://cheesetalks.twolofbees.com/linuxStretchGoals.php

To which Robert first replied with

It's great to meet you. My name is Robert Lindsley. I personally run Linux myself (Linux Mint "Olivia") and I am a HUGE fan!
We built the stretch goals the way we did in order of what we thought people would be most passionate about. We believe that providing hours of additional content for the PC/Mac platforms as well as more detail in the art would resonate more than Linux support.

Plus, getting anything running on a new platform takes work as well so we had to account for that as well.
That said, we are absolutely committed to Linux, and if we can hit our stretch goal we are going to provide an amazing experience for that platform!

Also thanks for sending the link. It's good to know that a lot of momentum is building on Linux for gaming -- as I said, I run "Olivia" myself so every new game that comes out on it is exciting.
Thanks,
Robert.

Didn't really give us the info, so I talked on...

QuoteHi Robert thanks for touching base with me!

You say you are absolutely commited to Linux, so will it be done without a stretch goal, is the stretch goal more of a "same day release for Linux" type of goal? Or is it that you actually won't do Linux unless you hit that goal?

I understand you use Unity3D as well, that has a Linux export option which is supposed to work the same for Linux as it does Mac and Windows, what extra work would you have to do for Linux?

QuoteHi Liam,
If we hit the stretch goal, the game will release on the same day as the other SKUs. Otherwise we may simply not have the funds to do the work.

Without getting into technical details, it's not as simple as hitting 'save-as.' Even though Unity3D makes it much easier for your project to run on Linux, there are always problems and hiccups that require engineering, testing and art time.

So at least if it's hit, it will be a same day release, that's decent, so we are getting there!

QuoteHi again Robert sorry to talk you ear off with stuff.

The problem is the Linux folk tend to dislike being in a stretch goal and it's usually for a good reason (I hope that article I linked to helped).

The big problem I see here is if you just say "technical details" towards Linux as to why it's in a 200 thousand dollar stretch goal when it's using a multiplatform exporter it doesn't look too good unless you explain why, does that make sense?

Can you give me any info at all as to why, as yet you haven't explained any reason behind it other than "Without getting into technical details, it's not as simple as hitting 'save-as.' Even though Unity3D makes it much easier for your project to run on Linux, there are always problems and hiccups that require engineering, testing and art time.".

Now we get the response we needed:

No worries -- happy to chat.

When we were building our stretch goals, we tried to prioritize what fans wanted and build those items into the stretch goals. We simply can't do everything for everybody at the $500K level.

With that, we decided that we first wanted to build out our content. Giving people more content and gameplay we felt was priority number one. From there we decided to look at other platforms, which is why Linux is in the second stretch goal.

If we hit our goals we're going to want to dedicate an engineer, a tester and an art person to Linux. This will make sure we don't have any configuration issues, and that the game looks and runs smoothly on the platforms. The worst place we can be is releasing a product that isn't functional or doesn't look or play well, regardless of the platform.

Linux would get 3 dedicated members on it, an engineer, a tester and an art person.

Robert has said he will update the page to make this clearer as currently it's as clear as mud!

Now onto the Kickstarter...

Precinct takes players on a police adventure as officer Maxwell Jones in the corrupt town of Fraser Canyon, CA. Starting out as a rookie and then moving up the ranks, players face adrenaline charged scenarios and conduct real police procedures while solving crimes and arresting perpetrators.

Sounds like it could be pretty awesome, will you be backing this one?

I am the owner of GamingOnLinux. After discovering Linux back in the days of Mandrake in 2003, I constantly came back to check on the progress of Linux until Ubuntu appeared on the scene and it helped me to really love it. You can reach me easily by emailing GamingOnLinux directly.
See more from me
Some you may have missed, popular articles from the last month:
The comments on this article are closed.
16 comments
Page: 1/2»
Anon 17 Jul, 2013
Still meh, but much better hearing this is their reasoning.

But using Unity and pushing for Mac but not Linux seems foolish. It's the same amount of effort, since the same bugs will happen on both platforms.

At least this isn't a multiplayer game, some communities have died before the Linux version was released.
0 Likes

View PC info
On the good side, I don't need to go around posting about this thing in forums for the next few weeks, since they think they've got the base goal covered without Linux gamers. I have plenty of actual work keeping me busy at the moment. If they really do get into stretch goal territory, we'll all hear about it.
0 Likes
Mike Frett 17 Jul, 2013

Oh well :( , at least you did all the leg-work for us Liam, appreciate it.=p
0 Likes

View PC info
Yeah Unity has never seemed so Linux export friendly.. But also it is the developers who make their games with it. Like look at Interstellar Marines. They have had the windows version out first...OF COURSE. So they build their game with a bunch of Middleware, that only works on Windows...but they want to make native clients for Mac and Linux right...So why in the hell do they put themselves in that situation to make themselves a bunch more work later on? I know of course they want to get the game working, and all bug fixed..but when they have to go replace that middleware for it to work on the other two platforms, it's just gonna cause more bugs. I think the way Unity's export system SHOULD take care of alot of those conversions during exporting. It just doesn't seem like it's that friendly. I cant wait for Leadwerks.
0 Likes

View PC info
I like how the windows art cant work with Linux, so they need to hire a "Linux art person".
0 Likes

View PC info
Yeah, all our art is gonna be done in gimp, inkscape, and blender. I like it!
0 Likes

View PC info
I call shenanigans. The response to asking why Linux required the stretch goal sounds too political: many words, no substance.
Of course, it's obvious they don't consider Linux a viable platform for the game - additional content for other platforms is put ahead of even releasing the game on Linux in the first place - so I hope they don't expect much in the way of financial support from the Linux community.

With either one or three people dedicated for a Linux port (language semantics: one person can be an "engineer", tester, and artist), I'd be curious how much they're dedicating to OSX. They're going to have issues getting it ready for that too.

Thanks to Liam for the questions though - particularly for being a little persistent and trying to get to the heart of the matter. Very much appreciated!
0 Likes

View PC info
All these kickstarters with Linux promises make me a bit wary.

Eador, Interstellar Marines, and I could name a few who managed to get our money because they said that Linux was going to be supported, and we are still waiting to see this happen.

Mark my word, I still find it admirable that developers are even thinking aboutreleasing on what is, we have to face it, a niche platform. And apparently, none of them have yet "abandonned" the idea officially, we will have to settle for later releases. I just hope projects don't get abandoned.

I have my fingers crossed for wastelands 2, one of the first projects I supported, for a simultaneous release on all platforms.
0 Likes
Edgar 18 Jul, 2013

Quoting: OrkultusI like how the windows art cant work with Linux, so they need to hire a "Linux art person".

If you want to make a proper Linux port, you need to replace the main character with Tux and rename the game as Tux-Whatever. An option for a console/ASCII interface is desired but not mandatory nowadays.
0 Likes
Lord Avallon 18 Jul, 2013
"It's going to be an enormous undertaking building a lot of our own tech and tools above the already robust Unity3D platform. We created a game prototype of the world that not only shows off the art style, it was as an exercise to vet if Unity3D and our proprietary game editor will be possible given our minimum budget range."


As they stated on their Kickstarter page, they are using proprietary tools above Unity 3D, so, they probably need a person to make this conversion, but I think they are asking too much, I hope they succed and the native port for Linux happen, the way they put Linux in second place really made me lose my interest.
0 Likes
1/2»
While you're here, please consider supporting GamingOnLinux on: