Crusader Kings II: Jade Dragon now available, my thoughts on all the kowtowing and tribute

The latest expansion to the medieval grand strategy game focuses on the East and the splendors of China. I had the opportunity to play ahead of release and have a few thoughts to share. 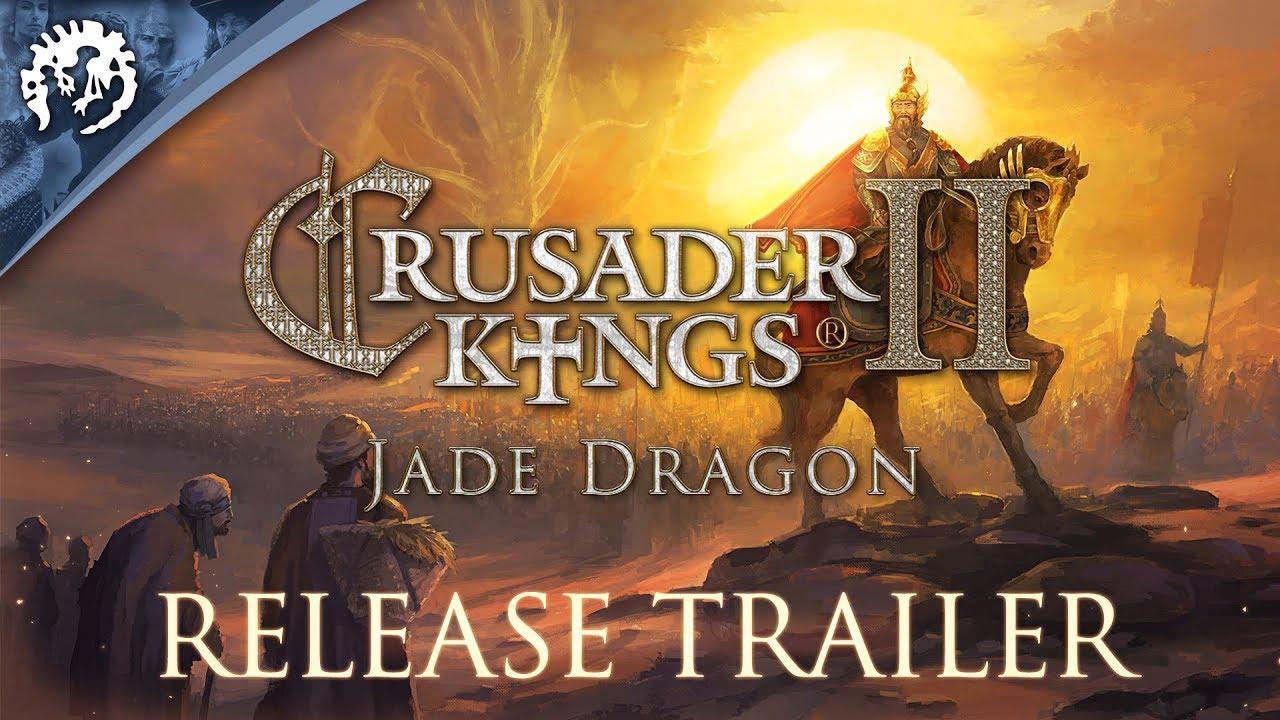 Note: A press key was provided for this review

Crusader Kings II has undergone quite a few changes and additions since its initial launch over five years ago. Whole regions have been added and different government types and regions made playable. Jade Dragon follows on that tradition, fleshing out one of the last regions of the map to be a little barren and boring.

Instead of adding East Asia and China to the map like they did with India, Paradox Development Studios have opted to do something different with Jade Dragon. They’ve opted to make the Celestial Empire an off-map presence and gave the ability for states close enough to interact with the emperor. The main currency for this interaction is grace, which can be earned by sending the emperor tribute such as eunuchs and gold. Once you have enough grace, you can ask for the emperor to grant you boons which range from mildly useful artifacts to prestigious brides and even requesting invasions to try to knock out other powerful empires. 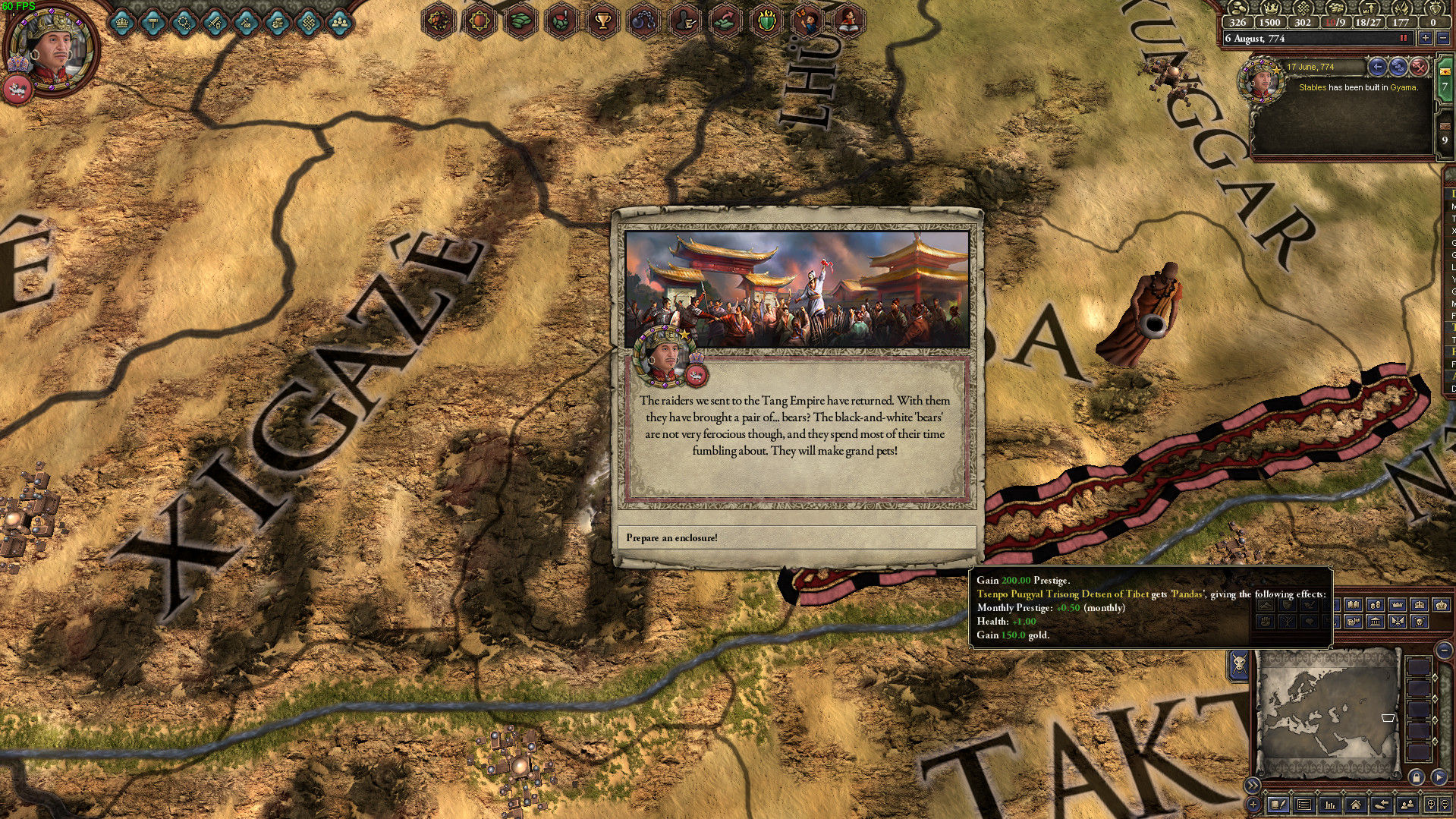 There’s a little button that opens up a small screen with the current status of the Chinese Empire. Aside from your current grace and the current reigning emperor, the most important thing to keep an eye on is the status of trade and internal stability of the empire. Some emperors may choose to close the silk road down, hurting all those who depend on its trade while others may choose to expand militarily. Things like civil unrest and golden ages are possible, too, affecting how much China will be capable of responding to attacks on its vassals on the game map. There’s a degree of randomness involved but the game gives you enough time to adapt to any new realities as they come up. Occasionally you get a whole new dynasty coming into power, usually as a result of civil war but also mongol invasion, resetting your accumulated grace back to zero. I thought that maybe these fluctuations might prove unbalanced or annoying but the player is given more than enough warning to adapt. It's a system that makes sense and works well.

Making the most of your situation and the empire's status is fundamental. Even after playing a cumulative several hundred years and with several nations and dynasties, there was no one strategy that was always superior. There’s plenty of trade offs in becoming a tributary, for example, and earning grace is rewarding but by no means essential. You can opt to be hostile to China, raiding them and trying to defeat their western protectorates whenever the timing is right.

Angering the Chinese isn’t without its consequences and requires a lot of preparation to stave off retaliation but is fairly rewarding in its own right. If you ever get big and powerful enough, you can even invade the Middle Kingdom and replace the ruling dynasty with your own, ensuring quite a lot of benefits. I’d say you’d likely need over a hundred thousand troops to even attempt the feat, so it’s definitely only for the most powerful or arrogant realms to contemplate trying.

A few other things have been added or enhanced in the expansion. The pagan Bön relgion makes an appearance as does Taoism, each with their own special quirks. Likewise, the Silk Road now has building chains and different branching points across the map. Controlling these provinces is an important strategic consideration as their benefits are very worthwhile. Then there’s a few new event chains and decisions which are to be expected from any expansion and also a whole range of casus belli to pick from when declaring war. 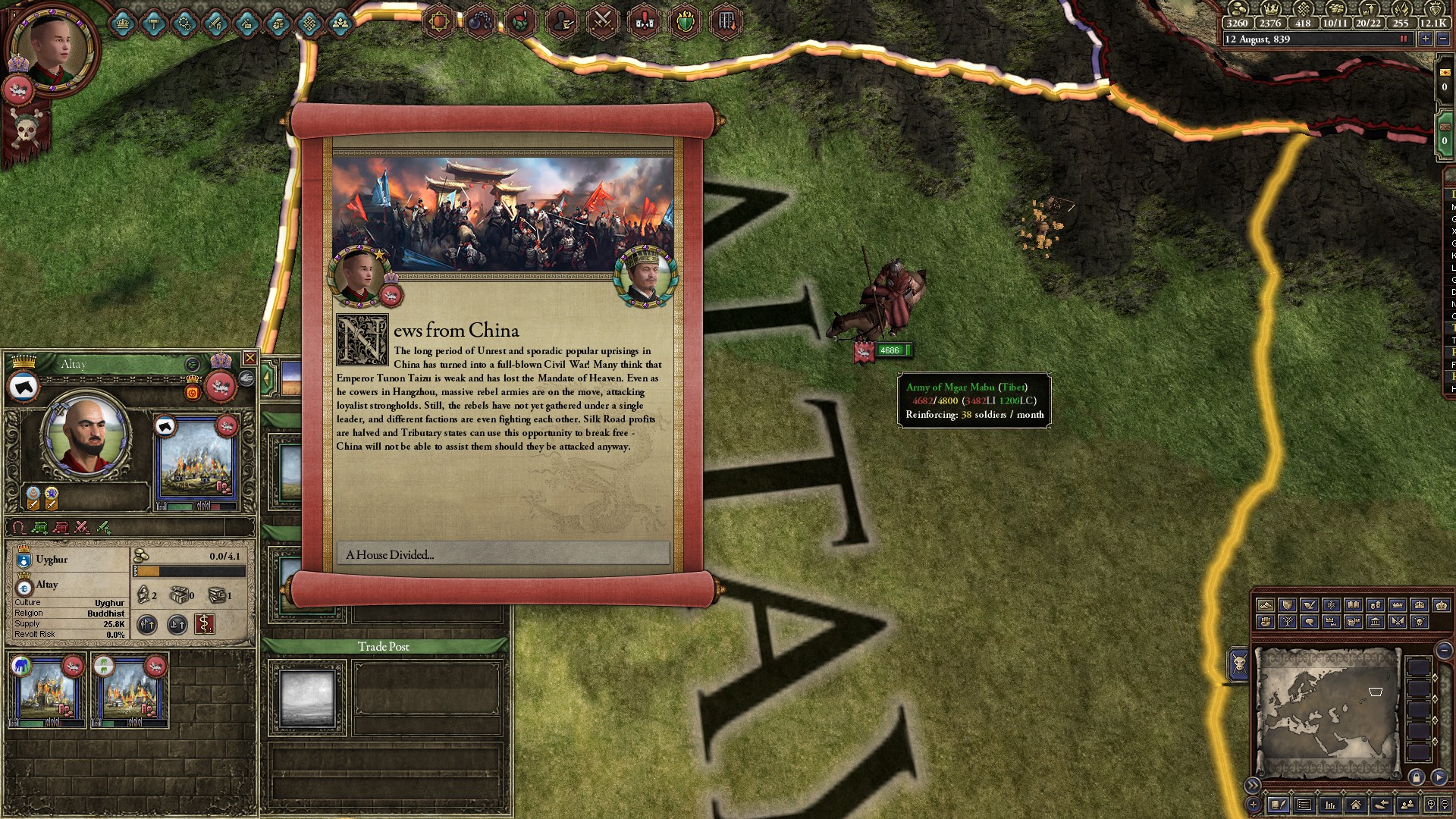 I won’t really go into much detail about all these things and will just say that they’re all pleasant additions. They’re by no means essential and don’t really change up the game in a way that disease did for the Reaper’s Due DLC or education in Way of Life.They’re icing on the DLC cake, as far as I’m concerned. As are the new portraits and songs that are included in Jade Dragon—they look fantastic and the music also sets an appropriate tone. Finally, I didn't find anything grossly unbalanced as sometimes can happen with these expansions (Satanists in Monks and Mystics, for example) and I think it's a pretty polished release, overall.

The lion’s share of content and enjoyment of the expansion depends on how much players will want to interact with China. If you play in Western Europe exclusively and won’t expand east, then I can’t really say that Jade Dragon is likely worth it. If you do play a little closer to the edge of the map, in Central Asia or India, then it’s a very different proposition. In that light, Jade Dragon becomes one of the more noteworthy and fun expansions that PDS have put out for Crusader Kings II. There's hours upon hours of fresh content to lose yourself in if you'll allow it. So my recommendation hinges on that.

I should also mention the big patch that’s come out alongside Jade Dragon. The most noticeable change is that the Tibetan Plateau has been filled out on the map but other regions have gotten some attention. A few religions and cultures have also seen changes with new heresies, festivals and holy orders appearing. Halfway through typing this paragraph I realized that there’s really too many to list even for highlights, so instead I’ll refer you to the full patch notes which has an amusing image that underscores just how long they really are!

You can now grab Jade Dragon off Steam or through Paradox’s webshop.

Would the plural of "casus belli" be "casi bellorum"? Any Latin scholars out there better than I that can confirm or deny?
0 Likes

If Paradox ever makes Crusader Kings 3, I have no idea how they're going to top CK2 plus all of its expansions.
0 Likes
Brian [Linux] 20 Nov, 2017
View PC info
I'm really enjoying it at the moment. I'm going for the White Hun achievement and have found it really challenging balancing out the immense power of Tibet. I've noticed that the larger empires are really stable now as well for better or for worse.
0 Likes
While you're here, please consider supporting GamingOnLinux on: