https://www.youtube.com/watch?v=ik9Wd9Abfbk
Do not adjust your screen that is a real headline. Crytek's CRYENGINE Powered Homefront The Revolution has been announced with full Linux support.

Set as a sequel to the FPS Homefront, but you won't need to have played the first one as they have already explained everything on their website for it. America has been occupied by an enemy force and you are the resistance.

It will have a single-player campaign as well as online Co-op play which sounds just awesome. It's an open-world FPS, so it isn't your standard run and gun CoD-like game. It has a day & night cycle, weather effects and more to be revealed it's sounding better the more I read up on it.

About (from their site)
Homefront: The Revolution brings the streets of Philadelphia to life in spectacular style thanks to the power of CRYENGINE. Crytek's game-creation technology advances into new territory as its real-time lighting heritage is extended to dynamic and procedural weather systems that combine with a full day-night cycle using physically consistent lighting-values. On the ground, players will simply experience a deeper immersion in an environment that feels and looks alive at every turn – an authenticity that extends to the strikingly lifelike expressions, skin and clothing of everyone they encounter; friend or foe. In a city that looks this good, every last block is definitely worth fighting for. 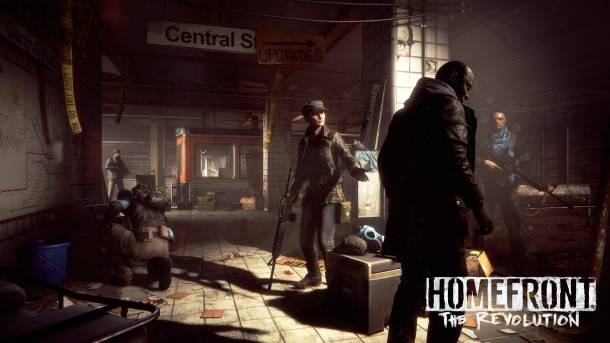 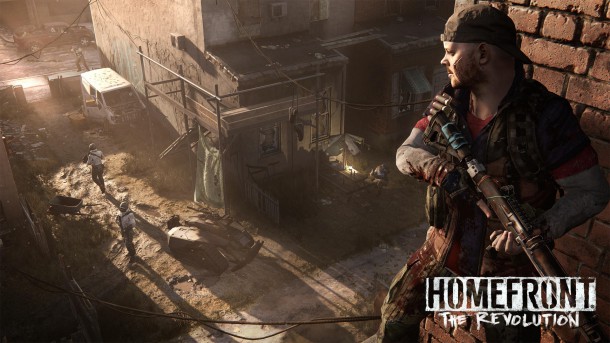 See the full spread on it here. You can also see a preview they did with CVG here. Article taken from GamingOnLinux.com.
Tags: CryEngine, FPS, Upcoming
0 Likes
We do often include affiliate links to earn us some pennies. We are currently affiliated with GOG and Humble Store. See more here.
About the author - Liam Dawe

I am the owner of GamingOnLinux. After discovering Linux back in the days of Mandrake in 2003, I constantly came back to check on the progress of Linux until Ubuntu appeared on the scene and it helped me to really love it. You can reach me easily by emailing GamingOnLinux directly.
See more from me
Some you may have missed, popular articles from the last month:
The comments on this article are closed.
32 comments
Page: 1/4»
some guy 2 Jun, 2014
looks good i was wondering abought that since it ran on cryengion cant wait to play.
0 Likes

Half-Shot 2 Jun, 2014
View PC info
Good news but hopefully the game will be as fully featured as the other platforms. Metro: Last Light didn't quite hit it but hopefully if it comes out at the same time there is no need to worry.
0 Likes

View PC info
wooot.. another cryengine game to linux...cant wait to play any of those.
0 Likes
Anonymous 2 Jun, 2014
Can't be worse than the first one. I'll buy it.
0 Likes

Quoting: Half-ShotGood news but hopefully the game will be as fully featured as the other platforms. Metro: Last Light didn't quite hit it but hopefully if it comes out at the same time there is no need to worry.

The Linux version of Metro LL was ported from the Mac version. And Macs were still on OpenGL 3.x at that time. This year they finally arrived in 2010 with OpenGL 4.0 and right now I think they are on 4.1 so maybe they will make it into 2014 end of the year or something ^^

So I don't think there will be missing effects or anything this time.

The trailer looks really nice and I bet the graphics will be awesome. Homefront was pretty linear and had a lot of scripted events, I hope they will change that a bit. The description sounds good so far.

Edit: btw will it have a day 1 Linux version or will it be like Tropico ? :/
0 Likes

View PC info
Plese. please make it run just fine and be released at the same day as all the other versions! Two things I'm afraid of right now. Crappy ports( i know new cryengine is "native" but we have yet to see how well it runs) and late ports.
0 Likes
1/4»
While you're here, please consider supporting GamingOnLinux on: