Curvatron, a simple yet interesting evolution of the old game 'Snake', we have free keys for you 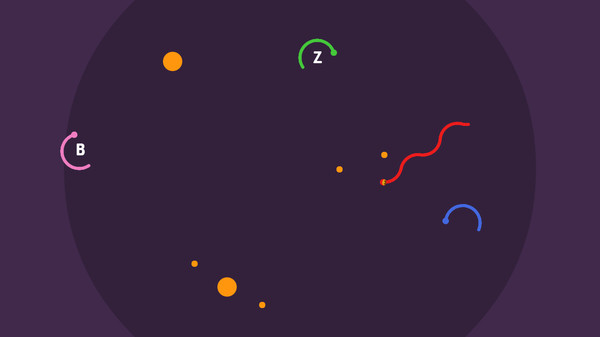 Curvatron has recently been released on Linux and the developer sent in a bunch of keys for you lucky people. The game itself is inspired by the old game 'Snake' that was on rather old Nokia mobile phones.

I tried it out and it works fine, it's a pretty interesting take on this very casual game!

Game features (the art bit is hilarious)
- Single-button controls that are easy to learn, but hard to master
- Quick, bite-sized sessions. Can become quite addicting!
- State of the art minimalist visuals (please help we need real artists)
- Soothing sound effects will make you chill so hard you won't know who you are anymore
- 30 different soundtrack pieces made by people around the world
- Level editor (the same that was used to make the available levels)
- Workshop support to get new levels and share your own
- Several game modes

View PC info
Thanks! Got the fourth key!
0 Likes

View PC info
Well, 0.99€ isn't that much.
But these people who won't even thank you. They should be ashamed of themselves.
Sadly, they probably won't.

View PC info
Man, I always arrive late for these things! Can anyone give any tips on how to stay updated for these kinds of stuff besides checking the website every half hour of every day?
0 Likes

Quoting: win8linuxMan, I always arrive late for these things! Can anyone give any tips on how to stay updated for these kinds of stuff besides checking the website every half hour of every day?

its called rss and its amazing technology

Facebook got rid of half of it and google finished it. Some amazing sites still have it tho
0 Likes

View PC info
Does it work with the Steam controller? I don´t have a keyboard or mouse for my Steam machine.
0 Likes
While you're here, please consider supporting GamingOnLinux on: