Cyberpunk Adventure 'Read Only Memories' Released DRM Free And On Steam, Has Demo

By flesk - 7 October 2015 at 9:51 pm UTC | Views: 6,934
Read Only Memories is a story-focused point-and-click with a diverse cast of characters, set in a cyberpunk future San Francisco. 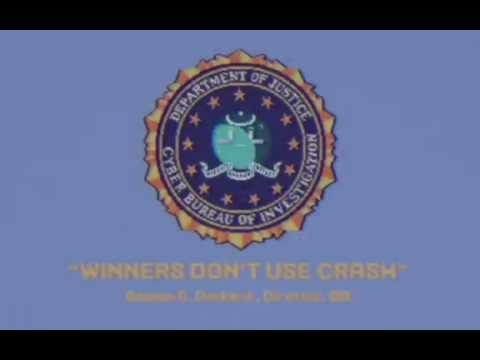 YouTube videos require cookies, you must accept their cookies to view. View cookie preferences.
Accept Cookies & Show   Direct Link
The game was funded on Kickstarter in 2013, and in spite of Linux being a stretch goal that wasn't reached, the game got a day-one release for Linux yesterday.

Initially, the game reminded me a bit of a visual novel with its mostly static backgrounds and focus on narrative. It has many interactive elements though, and I've also encountered some light puzzling requiring the use of inventory items in the couple of hours I've played so far. I'm only at chapter two of five, so I can't speak to the difficulty of the puzzles in the later parts of the game, but the story has kept me captivated.

You play as an aspiring journalist who is sought out by a sapient AI robot named Turing, whose inventor has been kidnapped. The victim is also and old friend of yours, and together you set out to try and solve the crime.

In addition to having an intriguing cyberpunk crime mystery, the game also deserves praise for how well it handles diversity. It features several colored and LGBT characters, but rather than force a political point, these characters feel like an integral part of a more tolerant future society.

There's also a Linux demo available from the game's website, Itch.io and Steam. And if you like what you see, you can buy the game from GOG, the Humble Store, Itch.io or Steam. A purchase from the Humble Store or Itch.io will also give you a key to redeem on Steam.

Neo-San Francisco, 2064 AD. Your life as a struggling journalist is interrupted by the world’s first sapient machine, a ROM (Relationship and Organizational Manager) named Turing. Together, you and the quirky robot will encounter a colorful cast of locals and overcome challenges as you uncover the city’s secrets behind the overlapping futures of technology and humanity.

Read Only Memories is a new cyberpunk adventure that will take you on a journey of puzzle-solving and exploring as you investigate the mysterious world and characters of Neo-San Francisco. Inspired by classics like Gabriel Knight and Snatcher, ROM is a retrofuturistic take on the point and click adventure genre that features a rich mature narrative and unique gameplay challenges hidden within the beautiful interactive pixel scenes. The deeper you delve into the life of your missing friend, the further you get entangled into this tale about the dark side of technology.

Can you survive in Neo-SF? Or will the mystery go unsolved?

View PC info
Okay -- getting Snatcher flashbacks; Will buy this without further ado.
1 Likes, Who?

It seems to work fine, but it does start on the wrong monitor for me, which is a little annoying.

While not usually my type of game, the setting is certainly interesting, and it's not a pixel-hunt, as items do get highlighted if they are click-able which pleases me greatly. It's actually quite funny in parts as well, as I stuck my ID Badge in the fridge, and was told how pointless that was heh.

The start is kind of amusing for me too, as a site editor I write articles, and one of the first things you do is write up a review about some headphones. It's funny, because of the dialog that comes up whilst your character is writing, I won't spoil it but I did find it somewhat amusing.

I think I might actually get into this game, and that's pretty rare for me with this genre.

The only thing I don't really like, is how confined you view is in the main game, it takes up very little of my screen.

Quoting: liamdaweIt seems to work fine, but it does start on the wrong monitor for me, which is a little annoying.


I'm so glad, I gave up my multi-monitor setup on Linux!
0 Likes
While you're here, please consider supporting GamingOnLinux on: