Red Hook Studios have just recently announced that the latest DLC Darkest Dungeon: The Color of Madness is set for release on June 19th.

Some hateful shard of alien origin has streaked through the night sky, crashing into the old Miller’s farm on the outskirts of the Hamlet!  Those unfortunate enough to witness the Comet’s arrival have been blinded by what they can only describe as a shifting, ephemeral hue of damnably abrasive intensity.  There has been no word from the farm in a fortnight, save for the unearthly groaning that echoes from the ruin of the mill… 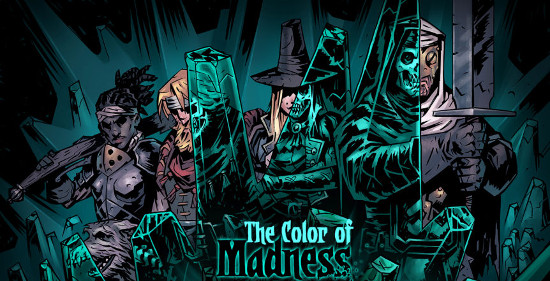 It sounds like it's going to be a rather interesting one too, priced at $4.99 it's going to be packed full of new content for you. The first new bit is the new environment, The Farmstead, which is a wave-based survival mode with non-stop action as you try to reach the crash site of a comet. This comes with a new enemy faction, as The Miller and his workmen have become zombie-like husks, consumed by the "ever-growing crystalline influence" that's spreading from the comet.

There's also going to be two new bosses to confront with The Miller and Thing From the Stars (mini-boss) along with new Trinkets and some new music too. Red Hook also said there will be more, but they're not ready to say what.

If you don't own it yet, you can grab a copy of the base game and DLC from: Humble Store, GOG and Steam.

Article taken from GamingOnLinux.com.
Tags: DLC, Dungeon Crawler, Indie Game, RPG, Strategy, Upcoming
12 Likes, Who?
We do often include affiliate links to earn us some pennies. We are currently affiliated with GOG, Humble Store and Paradox Interactive. See more information here.
About the author - Liam Dawe

View PC info
Darkest Dungeon is a fantastic game, well put together, fun to play... but it is just too hard and brutal for me. When I play, it just is too painful to go forward. I'd say you have to be masochistic to really get on with it. This game kicks you when you're down, and you start off your next mission worse than you were in the last one. If this wasn't the case, I'd probably have played lots and lots of it.

However, there are two similar games (semi turn-based, rogue-like, perma-death, RNG) which I adore:

Both of these fill the void that I was hoping Darkest Dungeon would have filled for me. Oh well