DASH is shaping up to be a very interesting platformer, one where you make your own levels

DASH: Danger Action Speed Heroes from Baby Duka is closing in on an Early Access release and so far it does seem really quite promising. The major focus for DASH is the level editor, in the hopes that it will create a decent community for those who love to both create and compete in 2D precision platformers.

The developer sent over a key and I do have to say I quite like it. It's somewhat amusing how they've done it too, during the tutorial one level stops you in your tracks to basically say "hold on a minute, this level was left unfinished!" as it introduces you to the level editor. Making you finish the level by placing blocks, to then run through to the end was quite cleverly done really.

They certainly aren't kidding about it being a precision platformer though, even some of the training levels aren't exactly easy requiring some really fine finger work.

To have an early look at it, the developer recently put up a new video to show off various elements: 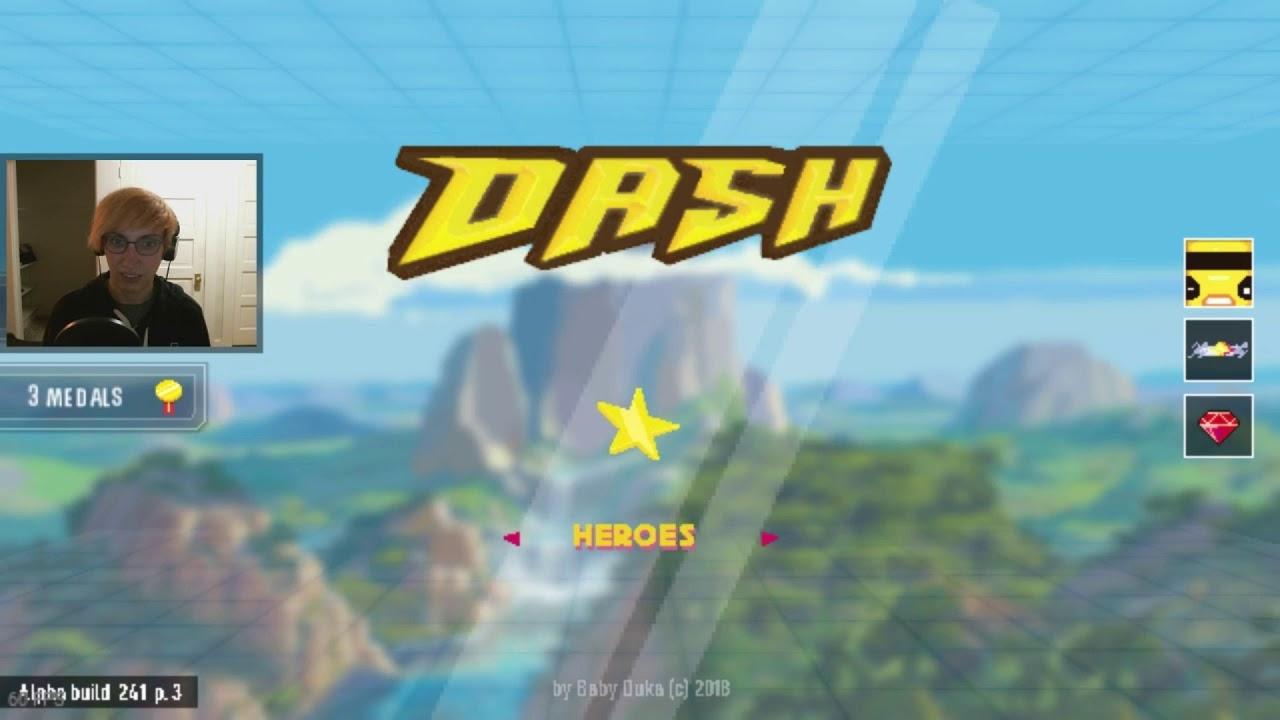 I've already tested out various user-made levels and it does work rather well, some of them are absolutely maddening. It's going to be a dream for those who like a challenge and also those who have a creative side to them.

Once it has proper gamepad support on Linux it will be a lot better, I always find platformers weirdly frustrating on keyboard.

When emailing it in, here's what the developer said:

DASH is a creative tool that allows you to share and create 2D platformer worlds in a colorful and sometimes brutal pixel environment. It was always the plan (as with Baby Duka's debut release Urban Pirate) that the production is both for Linux and Windows. This has lead us to learn a lot of new technicalities. And we have gotten to know some more Linux gamers!

From day one DASH was meant to be a platform, a tool for humans to meet and play with blocks, Heroes and beautiful worlds of endless possibilities and eternal life. I, Jake aka Baby Duka has now spent one year on creating the game, and two weeks ago two new team members have been hired to support the project now that it is growing. Leary who controls and develops the back-end server platform and leaderboards is working it out on a Linux machine and the whole-cross platform scenario is solid. We have people on both Windows and Linux creating and sharing levels on each their system, playing each others' levels.

The developer told me they are expecting an Early Access release sometime in December. You can follow it along on Steam.

Article taken from GamingOnLinux.com.
Tags: Early Access, Indie Game, Platformer, Steam, Upcoming
6 Likes, Who?
We do often include affiliate links to earn us some pennies. We are currently affiliated with GOG, Humble Store and Paradox Interactive. See more here.
About the author - Liam Dawe

View PC info
For people wanting to try out the game, by joining the discord and asking a bot nicely you can get a free alpha key! We are a nice little community of level makers and runners, it's a really nice concept and the discord is a super friendly place! :)

The dev is a model of good communication and has published a roadmap on the discord, controller support for linux is being worked on, and I hope it will be fixed in the coming weeks! As a community of players we have been welcomed to make suggestions and contributions, many of which have been included in the game, which is cool. Updates are published on steam more or less every week, with a juicy one coming up right this friday!

For more info about the game, visit https://www.babyduka.com/dashgame , and over at DASH WORLD you can view thumbnails and statistics on all the levels made this far - more than 100 now! I've made about 20 myself, I recommend my series of "Cave Story 1-11" as good starting levels, they are not too hard and quite fun if I may say so myself :P


Last edited by buenaventura on 23 October 2018 at 4:42 pm UTC
3 Likes, Who?
While you're here, please consider supporting GamingOnLinux on: