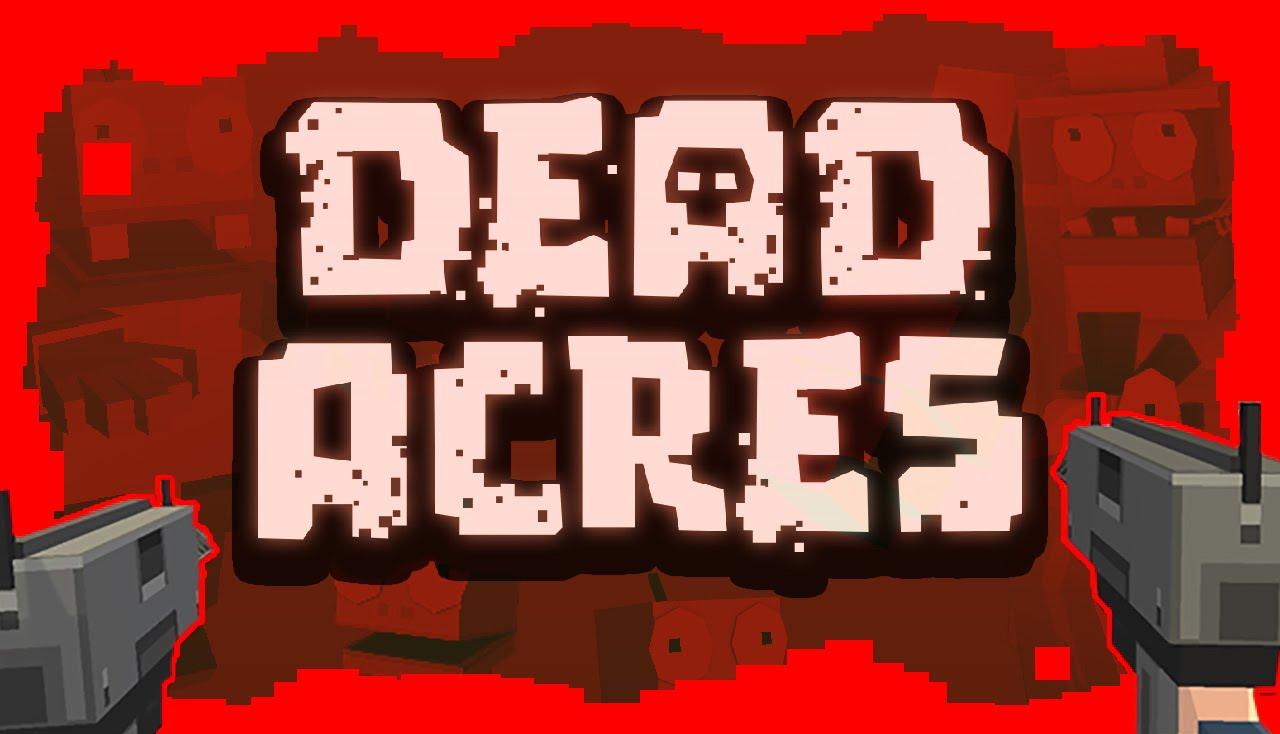 I watched the trailer and I don't know how to feel. THE WORLD NEEDS FARMERS, apparently. The game actually released on Steam back in November of 2015 and it seemed to completely go under the radar.

Dead Acres is a multiplayer survival farming game where you and your friends must grow crops and defend your home and animals against hordes of zombies, evil humans, ghosts, and demons. Join with up to 4 of your friends to farm and fight for survival in 8 different world locations - each with different types of enemies, new weapons, new vehicles,and different crops. The game is still in early access, so some bugs in multiplayer and campaign modes are still present. Not all levels are currently accessible.

We have a lot of survival games, some with a blocky style similar to this, some with more realistic graphics, but do we really need more? It seems this might actually be a little different, with elements of farming, survival and Tower Defense all wrapped up in a cute and colourful graphical style.

It recently had an update to include multiplayer support! The initial functionality of it was using the old dreaded "join by IP" system, but thankfully they've thrown that out, instead there's a nicer matchmaking system where you can join friends and other people playing on Steam.

Maybe your next time killer?

View PC info
Maybe I'll gift you and Samsai a copy for the lols.
Or is the dev providing any review keys ?
0 Likes

Well, duh. How do you think we've advanced beyond hunter-gatherer civilization level? :P
1 Likes, Who?

View PC info
Throwing p2p out in favor of a third party service dependence is a good thing now?
The game looks like a hundred others, I think those are all extensions of the 'minecraft-like' examples in some 'easy' engines. Do we really need that?
0 Likes

Quoting: Sir_DiealotThrowing p2p out in favor of a third party service dependence is a good thing now?
The game looks like a hundred others, I think those are all extensions of the 'minecraft-like' examples in some 'easy' engines. Do we really need that?

Well, just throwing it out isn't great, but any replacement that allows you to easily join people is much nicer. I despise having to join something by IP and port manually.

Quoting: liamdaweI despise having to join something by IP and port manually.

Huz---in a word---ZAH! I don't see how anyone wanting to see a wider adoption of Linux gaming would---or perhaps even could---say otherwise, really.

I missed that this update had come along. I've owned the game for quite sometime, but have restrained myself from playing it before it's "complete" and out of Early Access. I didn't realize it wasn't more widely known about in the community. I'm glad to see it getting some welcoming attention here. :)

View PC info
Sure, it's more comfortable if you already have that steam shebang, but this way it's entirely reliant on steam. P2P by using IPs and possibly their own servers for matchmaking would be better. At least having that stuff as an option.
0 Likes
While you're here, please consider supporting GamingOnLinux on: