Dead Cells, one of the best games to come to Linux this year now has a Linux build on GOG

Is the title hyperbolic? I really don't think so. In my personal opinion, Dead Cells is easily one of the best games to come to Linux this year. 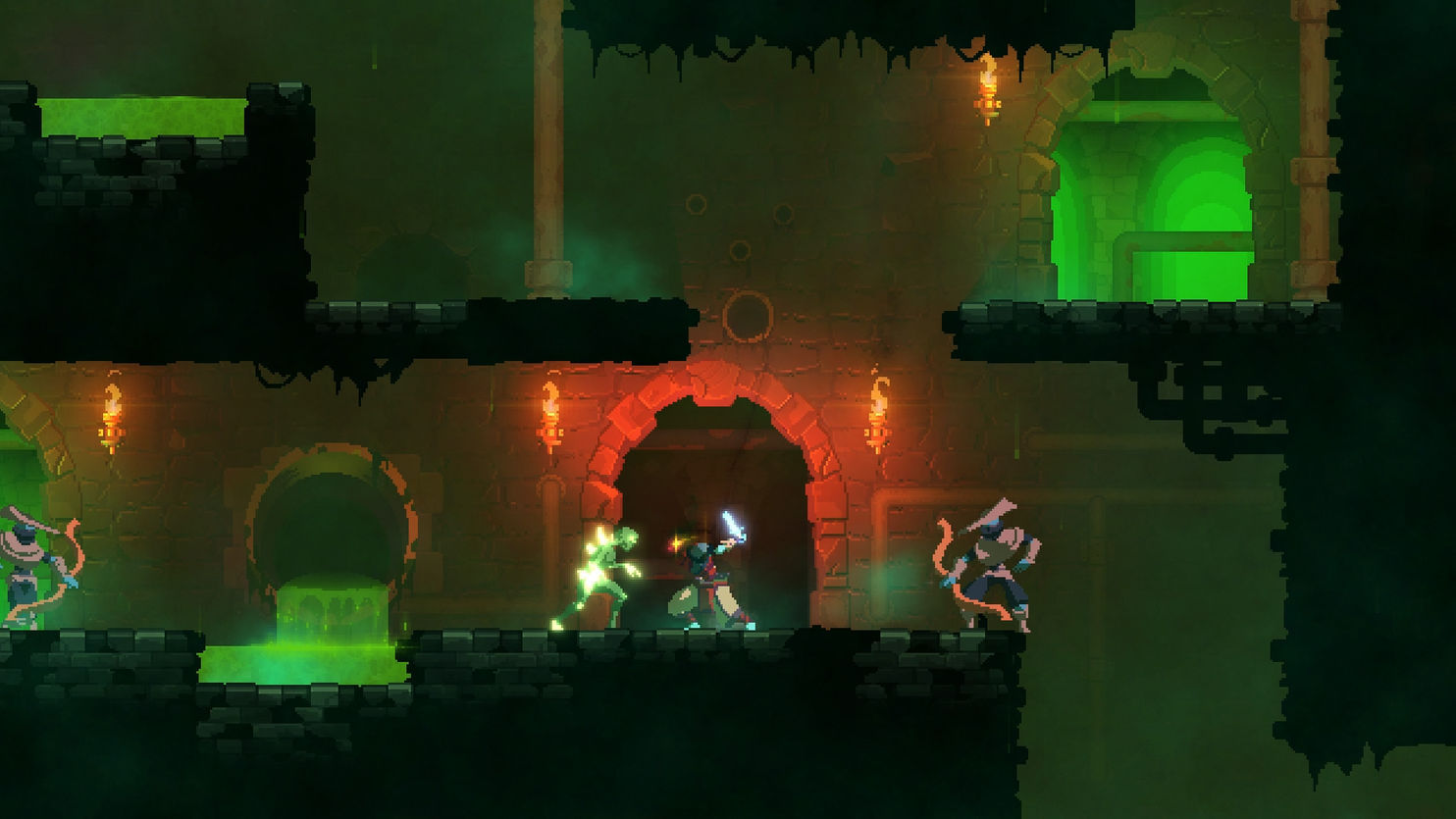 The self-described Roguevania, Dead Cells mixes in elements from all sorts of genres, but primarily Rogue-lite and Metroidvania hence the name Roguevania. It comes together to create a pretty interesting blend, one full of intense combat and epic loot. The Linux version was released on Steam recently, but they had some issues getting it onto GOG—until now!

I've been playing it quite a lot personally, honestly I don't think I've had a single dull moment. It's not an easy game though as death is around every corner. I wouldn't say it was outright unfair, it's just that plenty of it certainly will take you by surprise. I like a lot of games, I love a few games and there's a couple like Dead Cells which can truly take one hundred percent of my attention.

Our streamer has been taking it on recently live on our Twitch channel and it has been rather amusing. Be sure to follow us there to see games like this played live!

You can grab it now from GOG, Humble Store and Steam.

Article taken from GamingOnLinux.com.
Tags: Early Access, GOG, Indie Game, Rogue-lite
11 Likes, Who?
We do often include affiliate links to earn us some pennies. We are currently affiliated with GOG and Humble Store. See more here.
About the author - Liam Dawe

View PC info
Played it for three hours now. At first some of the enemies appear quite brutal and unfair, but it helps to understand the moves and get the right gear. The progression of weapons and your own skill are quite nicely balanced. Sometimes you do get a bit unlucky on the weapons and you really don't have much of a chance. Like the first boss I encountered. First time I could barely damage it, second time I had a much better weapons and didn't have too much trouble with it. Excellent game!
3 Likes, Who?

View PC info
I saw the announcement on steam and bought it in a hot minute.. I'm real happy we got this one
1 Likes, Who?

View PC info
Just bought the gog version. For some reason my wireless xbox controller does not seem to be detected. Does anyone else have this problem?

Edit: just found the solution: some libraries in the game-folder were messing with the system. Removing them helped ;-)

I wishlisted it on GoG. I will purchase it once it's released.
1 Likes, Who?

View PC info
Looks cool, will go for it once it's out of EA.
0 Likes

View PC info
I'll be all over this game once it fully releases.
1 Likes, Who?

View PC info
Got this on this recommendation from GOG (I lumped up the extra cash from gog because I REALLY prefur DRM free) using the link in the article.
Enjoying it so far - I'd hardly know it's early access

To resolve my wireless XBOX controller not being detected, I moved libSDL2-2.0.so.0 out of the 'game' subdirectory so my system one was used.
1 Likes, Who?

View PC info
Looks good, I wishlisted it for now.
1 Likes, Who?

View PC info
As I said, even in EA I bought the game on GOG/Linux with partner link.
And so far the game runs quite well on my side.
Really great news!
1 Likes, Who?

wazz4657 1 Jul, 2018
View PC info
Dead Cells is a great game. I bought it a long time ago on GOG and have put many hours into it on WINE. I'm really happy that the devs delivered on a linux version.

Once the linux version came to GOG, I tried to install it on my SteamOS box. It launched from the desktop, but it would not launch properly from the main SteamOS console. After messing with it for a couple hours, I decided to myself "know what? I made what was essentially a Windows purchase in the first place, I'll go ahead and just buy the game on Steam as well and that way it'll count as a linux purchase." Not that I'm such a "no tux no bux" hardcase, but it is actually a very, very good game and well worth the money.

Imagine my surprise when the Steam version has the exact same issue. It "launches", but I just see the Steam "loading" icon. I made a post on the bug forum, but then I decided to look into it a little more. First issue, no appid.txt file, easy enough. Once I got it launching from the terminal, I tried again from the SteamOS "BPM", same deal. I also noticed something else, this game was built using Haxe. There is another awesome game that was built with Haxe that shows the exact same behavior on SteamOS, Northgard. That game also launches, but never launches.

After recalling all the crap I went through trying to get Northgard to launch on SteamOS (never did, by the way), I just decided to refund the Steam version of Dead Cells. I reinstalled the GOG windows version using WINE, and it obviously runs fine. I don't know why games built using Haxe don't play well with SteamOS, but I'm not trying to spend valuable gaming time troubleshooting that.

Just a cautionary tale, I don't think other distros have this issue, but SteamOS buyers, beware.
0 Likes
1/2»
While you're here, please consider supporting GamingOnLinux on: