One of the people behind the recently release Deep Sixed [itch.io, Steam] has been talking about Linux sales for their title, turns out it's been worth it so far. See Also: My thoughts on Deep Sixed. 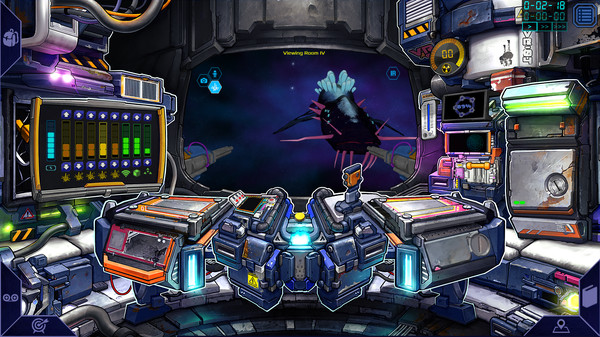 In reply to one of our Tweets, the developer sent this information over:

More than 5% of our players are #Linux gamers. This may not seem much, but it does make a difference (and is better than the Mac port).

They also said this:

I guess the reported Linux market share is misleading. Linux users are more than willing to pay for a good port. For Deep Sixed, not releasing a Linux port would be comparable to not releasing the game in Australia.

Those are some pretty good starting numbers, considering the current shown market share for Linux overall on Steam. We've seen similar recently for Helium Rain (11% from Linux) and Maia (4.9% from Linux) as well.

It's interesting, because with so many developers struggling on Steam to actually find an audience, having a Linux version can help in many ways. They're not the first developer to tell me this directly, that Linux sites (like us) covering them has had a good impact and helped them cut-through the noise a little.

(So I can stop commenting about it every time.

If Atari can release AtariBox, this will help even more because targeted audience will be more tend to give it a shot to those indies.
2 Likes, Who?

View PC info
Your coverage definitely helped with the purchase, that and the price

. There was a game on the Amiga which this reminded me of, sadly I don't recall the name, but it involved fixing ships in a fleet (named after Henry VIII's wives if I recall), dinosaurs and a game breaking bug that they never fixed for us (sent in the disk and never heard back from them).
1 Likes, Who?

View PC info
...and if they also sold their game on GOG, too, they would have even (at leat one) more sale(s)

It hasn't become anything of the sort. Any popular game release on our platform — AAA or indie — makes Linux more attractive for gamers. And that makes new releases more profitable. And you know where that leads.
0 Likes

It hasn't become anything of the sort. Any popular game release on our platform — AAA or indie — makes Linux more attractive for gamers. And that makes new releases more profitable. And you know where that leads.

Pit...and if they also sold their game on GOG, too, they would have even (at leat one) more sale(s)

Deep Sixed was rejected by GOG. They said it's fun, but too niche. However, if you don't like Steam, the game is available on itch.io: https://little-red-dog-games.itch.io/deep-sixed
4 Likes, Who?

It hasn't become anything of the sort. Any popular game release on our platform — AAA or indie — makes Linux more attractive for gamers. And that makes new releases more profitable. And you know where that leads.

No , as you can see we are still lacking AAA gaming wise , not on indie gaming.

You missed my point. Or points.

First of all, Linux isn't any more of an "indie platform" now than it was before, which means it didn't suddenly become one. Secondly, any popular games on Linux will attract gamers. Indies will attract less of them, but anything helps. Having popular indies on the platform doesn't make it less likely we'll get AAA releases. It makes it more likely.
0 Likes

ProblemDeep Sixed was rejected by GOG. They said it's fun, but too niche.


Oh, what a pity. Thanks for sharing that info.

QuoteHowever, if you don't like Steam, the game is available on itch.io: https://little-red-dog-games.itch.io/deep-sixed

Ah, that should have been mentioned from the beginning (I see it's changed/added in the article now). Going there now