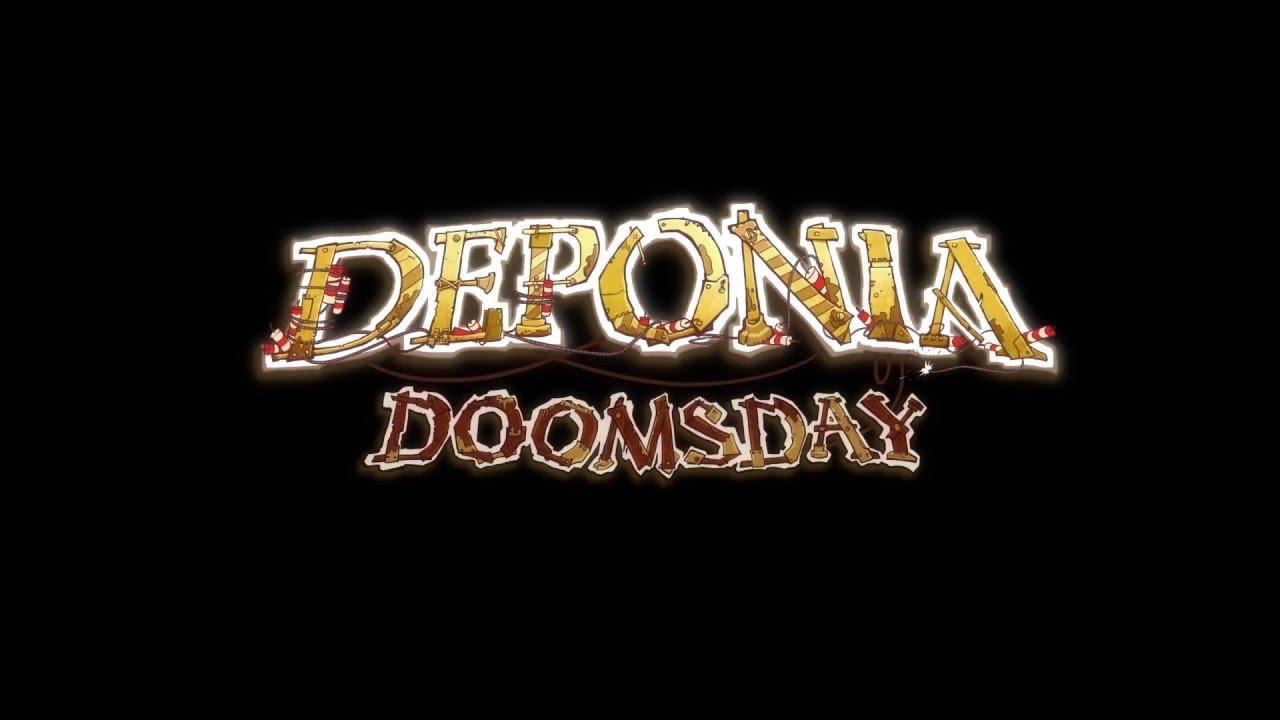 YouTube videos require cookies, you must accept their cookies to view. View cookie preferences.
Accept Cookies & Show   Direct Link
The latest in the Deponia series is heading to Linux on the 1st of March named Deponia Doomsday. The previous games looked great, and they are pretty popular.

I still have yet to try any of them, as usually these type of adventure games aren't my cup, but I have been tempted. Should I?

About the game
One fateful night, Rufus awakes from a haunting nightmare: he sacrificed himself to save Deponia. But at what price? Elysium, the floating city crash-landed on the planet. As the last surviving Deponian, he fought savage fewlocks, but in the end, there was only one way out: He had to blow up Deponia! And... He grew a mustache.

Of course he realized that these gruesome events -especially the mustache part- had to be prevented from ever happening. Deponia and his well-shaved face had to survive!

But was this really just a dream? With the help of McChronicle, a quirky temporal scientist, who discovered strange time-anomalies, Rufus discovers that some time travelers from the future carelessly parked their time machine in his neighborhood. Just imagine if this amazing technology would fall into the wrong hands!

Dive right into this frantic sequel of the Deponia cult-trilogy and join the chaotic anti-hero Rufus on his most peculiar adventure. Even without knowing the previous installment, the hilarity of Deponia Doomsday will have you cracking smiles and burst with laughter.

Get enthralled by the bizarre humor and the uniquely designed world and enjoy the largest and longest Deponia adventure of all time.

Article taken from GamingOnLinux.com.
Tags: Adventure, Point & Click, Steam, Upcoming
0 Likes
We do often include affiliate links to earn us some pennies. We are currently affiliated with GOG and Humble Store. See more here.
About the author - Liam Dawe

View PC info
Try it! It's totally ridiculous!
Tough I don't know whether the synchro is as much fun if it's in english...
(I pumped ~40 hours in the complete journey.)
1 Likes, Who?

jordicoma 25 Feb, 2016
View PC info
A great series, hope it will be good this one also.
I totally recommend de series.
1 Likes, Who?

Deponia is way too hard and sometimes illogical for me, unfortunately. I haven’t been able to progress much.
0 Likes

View PC info
I agree with QuanTuM, you should definitely give the trilogy a chance. The setting is absolutely hilarious, and the characters are amiable, even Rufus. Trust me, the dialogues will likely make you laugh so hard, you're going to cry.
Also, the soundtrack is awesome. Poki speaks/sings the narrator himself, I think also in the English version of the game, and the lyrics are epic. Don't look them up on Youtube, you'd suffer massive spoilers, as they summarize the chapters of the game.

Edit:
@stan: It's part of the game's humour that it's illogical. In order to progress, one has to think like Rufus. It's always a good idea to blow stuff up, set things on fire, and totally neglect the safety of other characters (and of course also of Rufus - in part 3 it'll get clear why).

View PC info
I could be wrong, but weren't the Deponia games made in Godot? :)
0 Likes

Segata Sanshiro 25 Feb, 2016
View PC info
Whaaaaaaat??? How did I not know this was in development?!?! This is an instabuy for me, I love Deponia and coincidentally replaying the trilogy now so this is perfect timing. Really excited :D

Quoting: NatedawgI could be wrong, but weren't the Deponia games made in Godot? :)

It's Wintermute engine like Daedalic's other games. I don't think Godot was even around when the first game came out. Would be super cool if they switched to it though!
0 Likes

Plintslîcho 25 Feb, 2016
View PC info
While I absolutely love the art style of Daedalic's adventure games I simply can't get into their games (from all the Daedalic games I've tried I finished only one and I really had to force myself to finish it). Deponia I disliked right from the start and I really hate the main character, Rufus, which is also the reason why I quit the game after only a couple of hours.

Still I think Daedalic is doing a great job when it comes to adventure games and I know that they are very passionate about it. It's simply not my kind of humor/stories/games.
0 Likes
Mrokii 25 Feb, 2016
I'm biased on recommending these games. I have played all of them and they are very well made in all respects.
But my biggest problem is that during the play-through I more and more began to hate Rufus. At first he looked just quirky, but he soon became a first-class a*hole and he is an complete idiot in almost every situation, full of it, and all the people around him suffer for him. At some point I wanted him to fail and I only played through the games to see what would happen in the end.
So, to make it short, one one hand I would recommend the series as it's a high-quality one with lots and lots of things to do, nice graphics, nice music, etc. On the other hand there's the danger that you might have to torture yourself, having to play as possibly one of the biggest morons in gaming history.
0 Likes

QuoteI still have yet to try any of them, as usually these type of adventure games aren't my cup, but I have been tempted. Should I?

If you're not into point and click, don't.
But for those who are: you should ge... oh, you already got them?
Of course you do! :D

I wonder as well how it could ever happened I haven't heard of the new part before.
Beware that Deadalic did not make the the best Linux versions, though.
0 Likes
1/2»
While you're here, please consider supporting GamingOnLinux on: