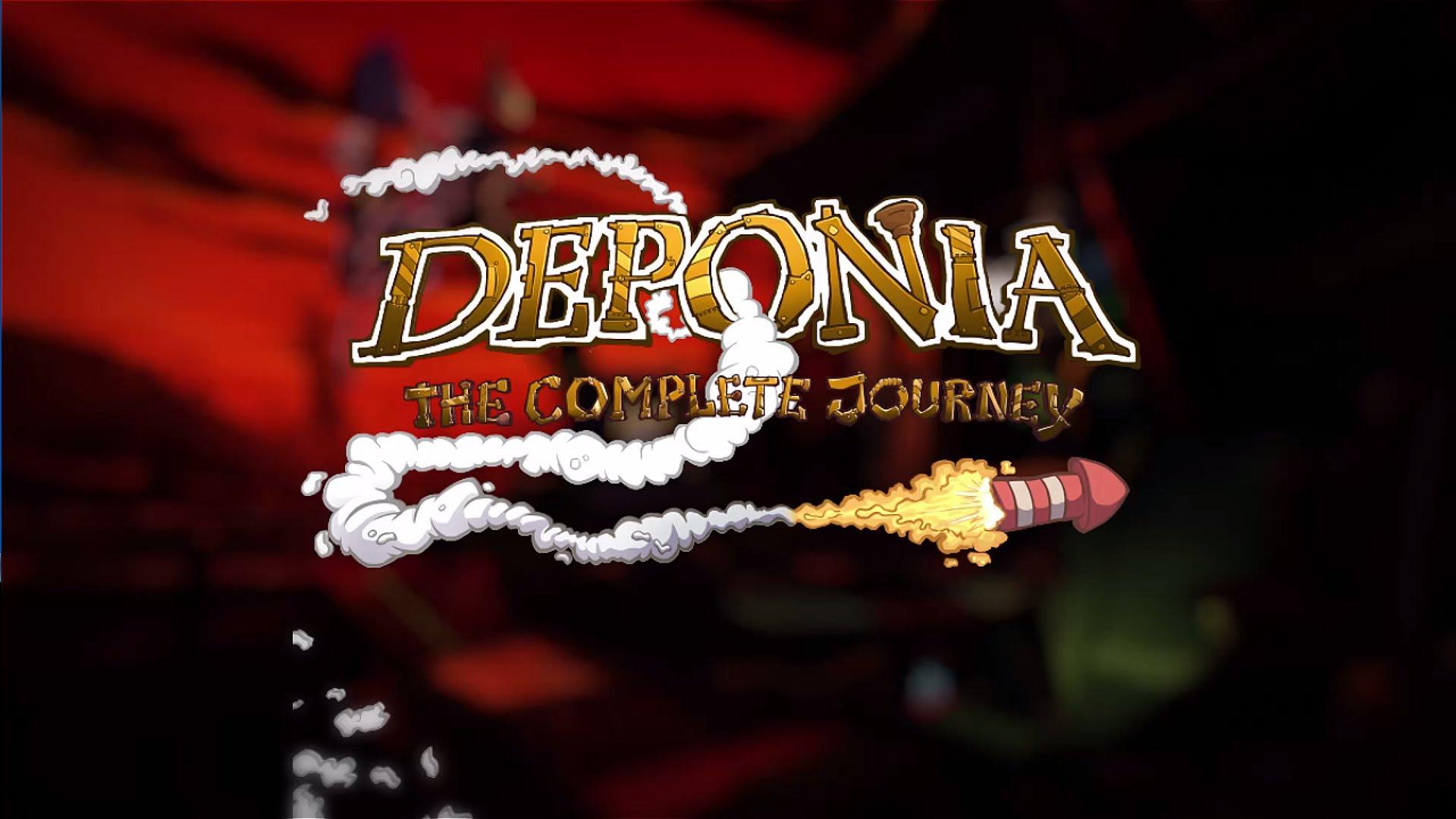 YouTube videos require cookies, you must accept their cookies to view. View cookie preferences.
Accept Cookies & Show   Direct Link
Good news for all point-and-click adventure fans out there: the Deponia trilogy has finally been released for Linux by Daedalic Entertainment, bringing arguably the best games of the genre made in over a decade to the platform.

However, owners of the original three installations will be disappointed in not finding the games in their Linux library and will have to buy the new “complete” version of the games, which consists of the trilogy and a few extras unified as one game. I myself was a little miffed, but given that the game is 90% off on Steam until September if you own them already, it can be forgiven. Daedalic have yet to confirm whether or not the separate instalments of the games will receive ports.

The news comes only two months after the Visionaire point-and-click game engine incorporated a “Linux Export” feature in their 4.0 RC version, which sounds somewhat similar to Unity 3D in that games can be developed for but not on linux. No doubt this is also good news for adventure game fans since a number of Daedalic’s titles (and others) depend on the game engine for their games, opening the door for further ports.

Those out there who enjoyed the witty and sarcastic protagonists, humour and memorable puzzles of the 1990s point-and-click games will not be disappointed - Deponia ticks all the boxes for fans of those games, delivering them in a 2D cartoonish style similar to classics such as The Curse of Monkey Island, Discworld II and Toonstruck.

I played the trilogy some months back through Wine and have to say that I would put these games alongside of the Monkey Island and Discworld series as my favourite games of the genre, so looking forward to playing them again natively.

Check it out on Steam now. Article taken from GamingOnLinux.com.
Tags: Game Sale, Point & Click, Steam
0 Likes
We do often include affiliate links to earn us some pennies. We are currently affiliated with GOG and Humble Store. See more here.
About the author - Segata Sanshiro
After many years of floating through space on the back of a missile, following a successful career in beating people up for not playing Sega Saturn, the missile returned to earth. Upon returning, I discovered to my dismay that the once great console had been discontinued and Sega had abandoned the fight to dominate the world through 32-bit graphical capabilities.

After spending some years breaking breeze blocks with my head for money and being mocked by strangers, I have found a new purpose: to beat up people for not playing on Linux.
See more from me
Some you may have missed, popular articles from the last month:
The comments on this article are closed.
28 comments
Page: 1/3»

Imants 9 Jul, 2014
View PC info
I feel now little stupid owning them on GOG because I will not get the discount now :(. I practically do not buy games there why did I think that buying Deponia there was a god decision now I am full of regret :(
0 Likes

Quoting: ImantsI feel now little stupid owning them on GOG because I will not get the discount now :(. I practically do not buy games there why did I think that buying Deponia there was a god decision now I am full of regret :(

Same here... Oh well, I guess we'll have to wait for GOG Linux support, maybe the same type of promotion will be available!
0 Likes

It's a staggered discount, even: 30 percentage points per part you own.
0 Likes


It's a staggered discount, even: 30 percentage points per part you own.

Yeah, that was an error on my part. In the original it didn't even mention that the discount was for those who owned it, but guess Liam corrected that.
0 Likes

I'm not a fan of Daedalic adventures and really dislike Deponia in particular (I couldn't even bring myself to finish the first game). But still, this is good news. Hopefully, we'll see Memoria one day natively for Linux then.

Besides, for those who have bought the game(s) on GOG.com, won't they become automatically available for Linux as well when GOG.com offers games for Linux? That's what I'd expect.
0 Likes

killx_den 9 Jul, 2014
View PC info
I really love adventure games so I will definitely pick this one up :)

Quoting: PlintslchoBesides, for those who have bought the game(s) on GOG.com, won't they become automatically available for Linux as well when GOG.com offers games for Linux? That's what I'd expect.

Probably only if you have bought the "Deponia: The Complete Journey" on GoG. The three games itself wont get a Linux version.

That is the table from the Steam page. 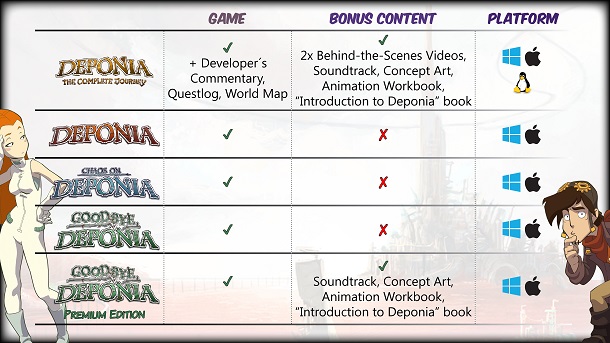 commodore256 9 Jul, 2014
View PC info
I have Deponia and the part that puzzles me is why haven't they done this before? I looked at the dlls in Steam and it uses ffmpge and sdl libraries.
0 Likes
1/3»
While you're here, please consider supporting GamingOnLinux on: