Desert Child [Official Site] caught my eye today as the whole idea sounds pretty awesome and I do love racing games, it mixes in some RPG mechanics too and plenty of action.

First, check out the trailer to get an idea of what to expect: 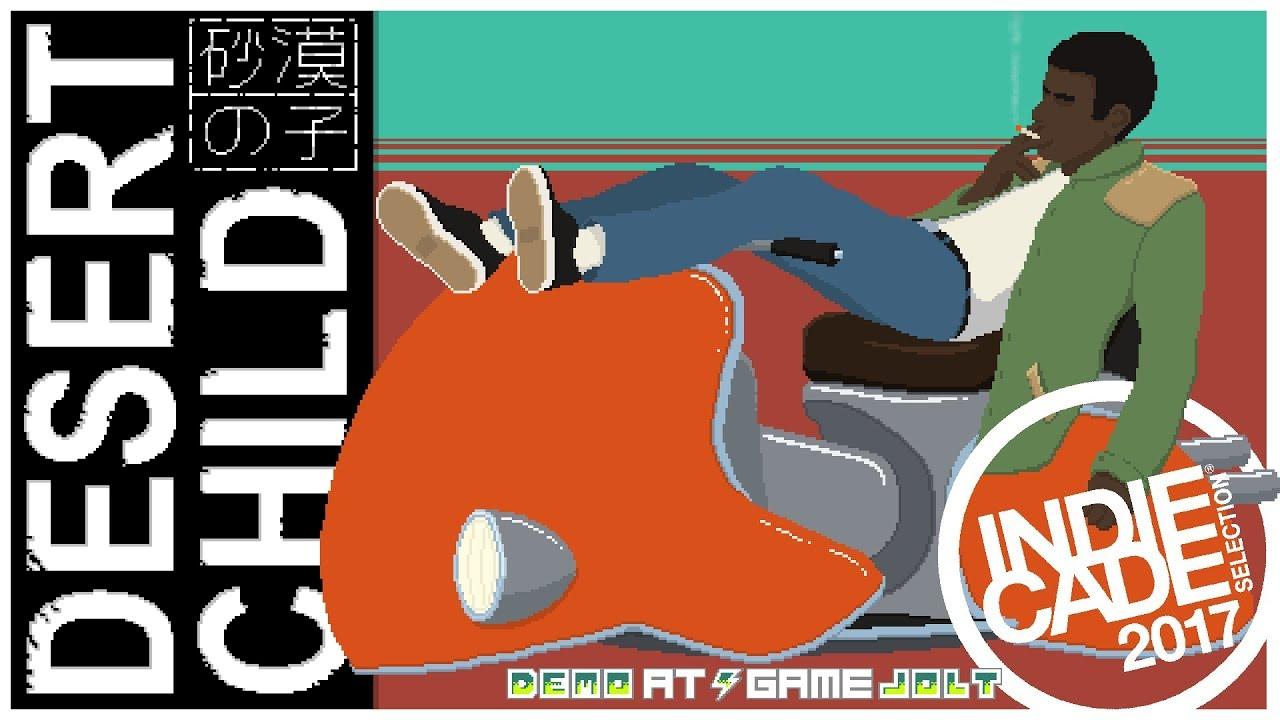 Desert Child is a Racing RPG set in a dusty world where your only friends are a vintage hoverbike and a bowl of ramen noodles. ​

It's the rags-to-riches story of a broke young racer who fights through gangsters, bounty hunters and pancake cravings to enter the Championship and get off Earth before it E-X-P-L-O-D-E-S (metaphorically).

The player begins their story on a ruined Earth, with just a few days to get to Mars. From there, you'll win races, customize your bike, and earn fans, but at the same time, you'll have to work jobs, eat dinner, and pay rent.

Nothing's free, but everything has it's price.

I reached out to the developer to ask about the Linux support, considering the current Kickstarter campaign has fully confirmed Linux support, but the demo is only for Windows.

The developer said this in reply:

Hey! Thanks for the question. It's just a bit too much at the moment, as I'm running the Kickstarter and updating the game regularly. There's a few things that I have to do for Linux too, which I'd rather get done right at the end of development. I hope that's okay!

I also asked about when a Linux version would come for clarification, to which they replied:

My plan is to do a "final demo" just before release on Windows and Linux. That way everyone gets the same look at the game :)

If you like the sound of it, you can find the Kickstarter here. It's currently hitting AU$4.8K out of a 12K goal, with only 10 days left it's not a lot of time to make up the rest.

Article taken from GamingOnLinux.com.
Tags: Crowdfunding, Indie Game, Racing, RPG
5 Likes, Who?
We do often include affiliate links to earn us some pennies. We are currently affiliated with GOG, Humble Store and Paradox Interactive. See more here.
About the author - Liam Dawe

I am the owner of GamingOnLinux. After discovering Linux back in the days of Mandrake in 2003, I constantly came back to check on the progress of Linux until Ubuntu appeared on the scene and it helped me to really love it. You can reach me easily by emailing GamingOnLinux directly.
See more from me
The comments on this article are closed.
4 comments
Guest 9 November 2017 at 1:56 pm UTC
This looks pretty cool tbh. If it's as good as it looks id buy that for co-op play.
0 Likes

View PC info
Normally I don't give racing games too much attention, but I have to say that somewhere between the visual style and the Desert Child's other elements, this looks like a fun game!

One peccadillo though. On Kickstarter, Linux support can be planned, it can be intended, but it can only ever be confirmed with the final release on Linux. ;)
0 Likes

QuoteThere's a few things that I have to do for Linux too, which I'd rather get done right at the end of development. I hope that's okay!

Right at the end of development: Everything doesn't magically just work on Linux. Huh! I guess I'll delay the Linux version, who cares.
0 Likes