Devader [Steam, Official Site] is a twin-stick shooter I announced back in November last year, it now has a demo and it's absolutely bonkers.

You face wave after wave of increasingly bizarre enemies named The Krin, from little crawling bots right up to big spiralling balls of black death that engulf everything. It's absolute bloody madness, but it's also pretty darn fun. Here's a more recent quick trailer to give you an idea of what I'm babbling on about: 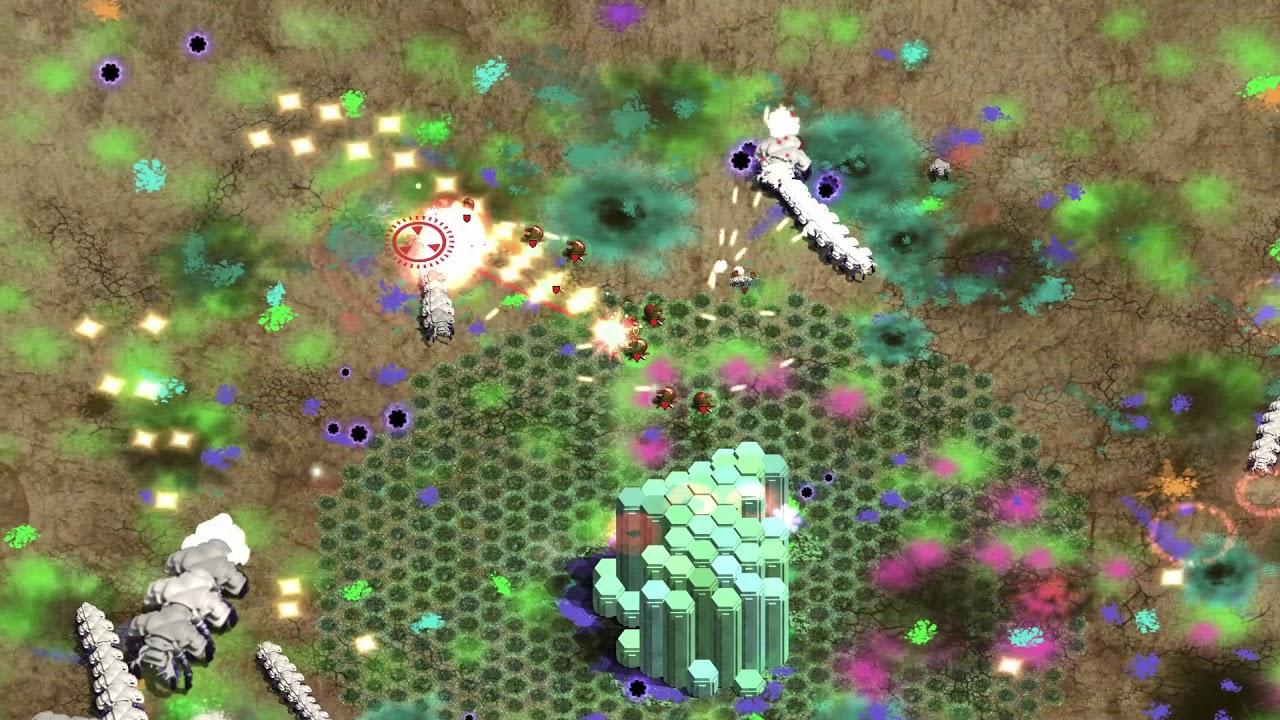 It certainly wins a few points from me for weirdness, the good kind though mind you. You can find the demo on the official site. It runs pretty well on Linux, so that's a good sign for the release. The demo ended where it got seriously interesting too—damn. Just when it looked like it was going to get really quite difficult, what a hook.

For those interested in knowing background details, the game itself is actually being made with JavaScript, specifically with Node.js. The developer has put out a few really interesting dev posts, like this one where they take "programmer art" to the next level. They said it themselves "I'm not an artist", but what they've been able to achieve with the design is quite extraordinary.

A release is due sometime in May this year. Definately a game I'm excited to play to the end!