Din's Legacy, the latest action-RPG from Soldak Entertainment has entered Early Access on Steam and early reports suggest it could be good when further developed. 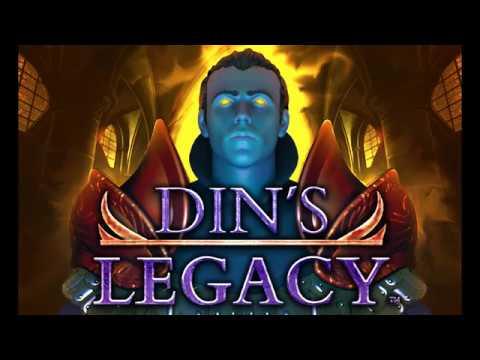 As I understand it, it's practically an updated version of their previous game, Zombasite, even going so far as to include some of the same elements. From the reports I've seen, some text tips even still mention Zombasite so that's a bit of a woops to release with that left in. I've no issues with developers re-using stuff from previous games, I just hope it's not cloning too much of it.

The biggest change seems to be the new mutation system, which sounds interesting enough. I did ask for a review key, but sadly there has been no reply this time.

You can find Din's Legacy on Steam.

Article taken from GamingOnLinux.com.
Tags: Early Access, Action, Indie Game, RPG, Steam
3 Likes, Who?
We do often include affiliate links to earn us some pennies. We are currently affiliated with GOG, Humble Store and Paradox Interactive. See more here.
About the author - Liam Dawe

View PC info
Zombasite was a bit too rough around the edges for me to enjoy, but it looks like this game be just right.
Certainly wishlisted, but I'm not in the habit of playing Early Access games...
0 Likes

View PC info
The developer did now send along a key, so I will take a look after a few more patches to see how it's shaping up :)
1 Likes, Who?

View PC info
I knew they will continue Din's curse. It's one of the best arpgs.
0 Likes

IMO, the main issue with Soldak's games is the art style. Not the low poly, pixels etc, but really it's the style, the design, in shapes, colors... It's extremely ugly, i think.

And in space, with Drox, it was much less visible.

The best part being the living world, not waiting for the player to evolve.

Then, this new Legacy game, seems to be just like Zombasite, but randomized as you play a mutant. And i dislike the idea of it.
0 Likes

Quoting: TcheyIMO, the main issue with Soldak's games is the art style. Not the low poly, pixels etc, but really it's the style, the design, in shapes, colors... It's extremely ugly, i think.


Whoa! So i'm not the one who thinks same way! Several times tried Soldak's games and everytime it was like "ugh". Not like i prefer picture to gameplay, but there is enough examples of simply beautiful indie games and Soldak is not one of them.
1 Likes, Who?
While you're here, please consider supporting GamingOnLinux on: