Just a quick tip here! For those who enjoy the classics, Disney's The Lion King & The Jungle Book now have Linux versions on Steam. 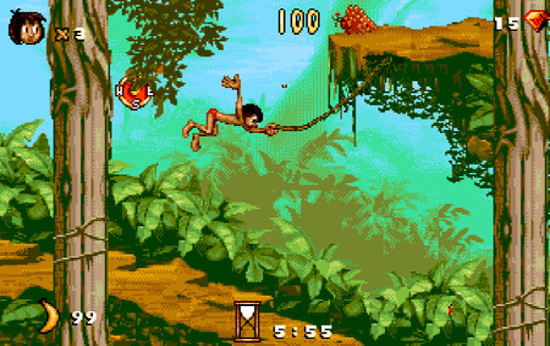 It's worth noting, that both games have been on GOG with Linux support since August on last year, so Steam is a little late in getting them. They're most likely the same versions GOG have, which are bundled with DOSBox to allow these classic to live again on modern platforms.

Strangely though, they're actually cheaper on Steam, looks like the GOG prices are a little inflated.

Could be two great games for your kids to play this holiday season, I'm certainly going to let mine have a go and see what he thinks of them.

Article taken from GamingOnLinux.com.
Tags: Retro, Steam
8 Likes, Who?
We do often include affiliate links to earn us some pennies. We are currently affiliated with GOG, Humble Store and Paradox Interactive. See more information here.
About the author - Liam Dawe

qptain Nemo 19 December 2017 at 9:59 am UTC
View PC info
Very nice of them to actually attribute Westwood studios as the developer on Steam.
0 Likes

View PC info
Oh man, I remember playing The Lion King on my GameGear back in the day. I may have to pick it up just for nostalgia reasons.

QuoteStrangely though, they're actually cheaper on Steam, looks like the GOG prices are a little inflated.

Welcome to the wonderful and nonsensical world of regional pricing!


So in fact, and as an example, at an equal discount, for me it'll be always cheaper on GOG rather than on Steam.

View PC info
Is Linux properly supported or is it like Star Wars Dark Forces and the first season of The Walkind Dead...
0 Likes

View PC info
Is the Lion King game one that came originally on floppies and asked for specific words out of the manual to run?
0 Likes

FireBurnIs the Lion King game one that came originally on floppies and asked for specific words out of the manual to run?

Still waiting for Maui Mallard in Cold Shadow by Gog. That's a rare game I'd love to play, really a little gem!

View PC info
Heh... The Lion King originally caused thousands of computers running Windows in stores to crash because Microsoft changed something in a Windows component.

That's when directX came in to existence.
0 Likes