By xpectral - 1 August 2013 at 8:22 am UTC | Views: 12,068
Hell-IX (read it as roman numeral Hell "Nine") is a Combat & Rescue game based on classic games like Desert Strike, Tiger Heli, Air Rescue and others. The concept is very simple, take off, search for marines, rescue them and return home meanwhile you’re fighting against the enemy troops. 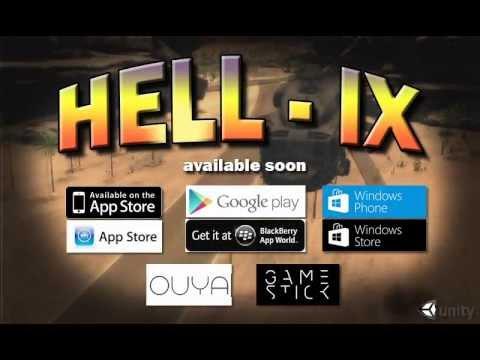 We have a Kickstarter Project and any help will be great, you can get nice rewards starting from $1:

We have to a Greenlight for Steam if you are interested on PC/Mac/Linux version, please vote for us here:

Retromade Games Studio was founded 2 years ago by veterans from the advertising and technology industry. We’re developers who not only make games, we play them too.

Our basic philosophy is to return to classic gameplay. If you remember the old coin-up machines and classic home computer like ZX Spectrum, Commodore 64, Coleco, Atari, etc. we do too and feel our love for those simple games helps draw inspiration. We decided we can make games keeping controls as simple as the classics but with a modern visual twist. New games with a classic soul.

We do often include affiliate links to earn us some pennies. We are currently affiliated with GOG and Humble Store. See more here.
Some you may have missed, popular articles from the last month:
The comments on this article are closed.
3 comments
Shitty 1 Aug, 2013
The original is better, tired of smartphone developers, stop ruining games
0 Likes
Lord Avallon 1 Aug, 2013
I could add Thunder Blade to this list of classics! I liked a lot, it looks very fun and have easy controls like they said, one more addition to my list!
0 Likes
Busbury 1 Aug, 2013

This don't look as they are runing nothing, game looks nice. I will get this when ready.
0 Likes
While you're here, please consider supporting GamingOnLinux on: