Dominions 5 [Official Site], the latest iteration of the popular fantasy strategy game has been announced, it will have Linux support as usual.

One of the biggest changes is perhaps the combat system. All units now perform their actions simultaneously in real time, resulting in battles that are faster and who reaches who first isn't so important. Units will reach eachother at the same time, with it being random on who gets to attack first. The battles are still fully automatic, so you can still kick back and watch the madness unfold.

It will be interesting to see how people feel about such a big difference in the combat system. 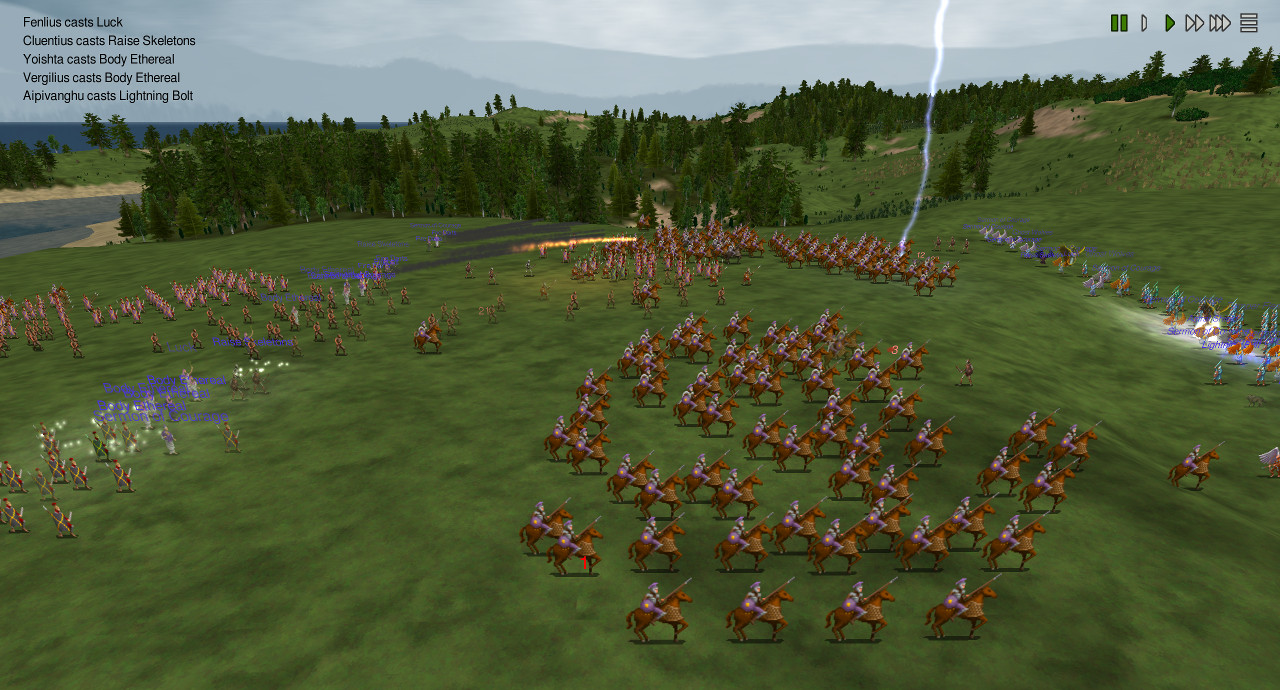 There's various new mechanics for units too, like shields that can be damaged and broken. This makes you army setup more important than ever, since using shields to counter large axes might not be the best idea.

The developers say it's close to being finished and it will be released simultaneously on Linux, Windows and Mac OS X. They are planning for a November Steam release.

They say there's plenty to show off since Dominions 4 that they haven't mentioned yet, so it's worth checking their new page for it.

Thanks for the tip ysblokje!

Article taken from GamingOnLinux.com.
Tags: Indie Game, Strategy, Upcoming
4 Likes, Who?
We do often include affiliate links to earn us some pennies. We are currently affiliated with GOG, Humble Store and Paradox Interactive. See more here.
About the author - Liam Dawe

View PC info
Each iteration is not very different from the previous, but still i like to support them for doing this unique game.
0 Likes

View PC info
This is the sort of game my brother plays, but I'm willing to give it a try if I catch it on sale.
0 Likes

View PC info
I really like playing Dominions.
It would just be nice if they could implement an actual SP with some basic AI diplomacy so that it can serve for a bit more than just random testing...

I also like the changes they announced, especially the sped up combat. It helps with late game turns taking just too long to do (who has that much time anymore?).
1 Likes, Who?
shawnsterp 12 September 2017 at 11:56 am UTC
Gotta admit, I've played SOME of dominions 3 and liked it. So i bought Dominions 4, and have yet to play it. Now, there is dominions 5, and I still haven't looked at dominions 4. =( My shiny new game is old and busted now!
1 Likes, Who?

What? No single player? Well there goes my interest.
0 Likes

Well, technically, there is single player. And it IS fun for a while.
The problem is that you cannot reason with the AI, all the AI players seem to have some agenda but it is rather random.
At least it was like that in Dom3-4, so I doubt they implemented that here (otherwise, they would have announced that probably).

Real Dominions lives from the interaction with the people you play with. Making alliances, non-aggression pacts, trading, etc. And awaiting your email turn to see if everyone actually kept their deals (usually, trade agreements are binding, other diplomacy is not). It can take as much time writing PMs on a forum with other people as you spend in the game - at least occasionally.
And unfortunately, single player does not let you train for that in the least, as there is no interaction with the AI. You just got a message if an AI declared war on you, that's it...

I know the developers are doing that only part-time, but I don't understand why they don't implement at least rudimentary AI diplomacy.

View PC info
This is grand news. I started with DOM3, bought the beta of DOM4, and will find it Worth. Every. Penny. This game, which, by the way, I have ONLY played solo except for 1 MP game in which I had my hat handed to me, is the very best TBS ever written.
1 Likes, Who?
KimmoKM 12 September 2017 at 6:33 pm UTC

It does have single player but in typical strategy game fashion, the AI plays seemingly by random and Dominions offers it a lot more rope to hang itself with than most other games. Say, the AI picks random (almost certainly unsynergistic and unfit to the present situation it's in) national ideas in Europa Universalis. Big whoop, it produces 20% less stuff or gets a decade behind in technology or whatever (the advantage player gets of course pays cumulative interest so it'll eventually snowball, but making optimal choices doesn't make you that much more powerful compared to random ones at any given moment). But in Dominions you can, for example, give a commander unit artifact gear that allows it to hard counter an opposing army and because the AI doesn't play reactively and deploy a counter, you can beat AI forces with 1:100 cost-efficiency. Or mass up an army of immortal vampires and because the AI doesn't recognize the urgency of taking you out, you'll eventually build an unstoppable force that just keeps coming back even if it's defeated. In most games the AI can barely keep up with outrageous buffs to production, but there's no outproducing an immortal army.

Consequently, an experience player wins by default once they gain an access to the kind of strategies and tactics that cannot be beaten simply by throwing more meat into the grinder. Of course, this scenario is pretty universal to strategy games, but in Dominions it feels particularly futile to continue and depending on the nation you're playing, you reach that point very quickly.

However, it does take time to learn the reins, try all the outrageous stuff you can pull off (indirectly wishing for more wishes and such like: Dominions is on-par with the best of roguelikes and games like Dwarf Fortress in terms of emergence, this thread contains a good example from Dominions 3 in which poster summons "Eater of the Dead" unit that grows to its full power, breaks free and goes on a rampage killing tens of thousands) and explore the fluff (there's almost a hundred factions with very strong worldbuilding and compelling lore) so most people get a good few dozen hours of good single player gameplay, and while I can't understand why, there are people who have played Dominions SP for hundreds of hours. It's a very thematic game so roleplaying is an option at least.
1 Likes, Who?

View PC info
I have owned every version since Dominions 2 and I shall own this one as well. Love this series.

There certainly is single-player, and Mountain Man gives it short shrift. It's pretty essential for just learning the game, and the many, many different nations over three eras have certainly given me several hundred hours of great, absorbing fun. I have only played one MP game, and had my hat handed to me on Turn 3