Don't Be Patchman, a game that originally released just for Linux is to leave Early Access this month

Don't Be Patchman [Steam] is a unique game, not just for the gameplay, but it's possibly still the only game to ever initially release on Steam only for Linux. The game is going to leave Early Access this month. 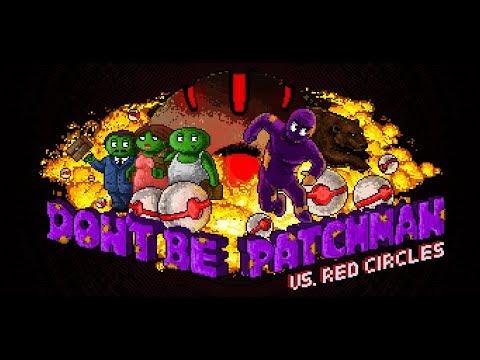 When the game initially released back in July of 2015, the developer announced that it would initially be Linux only. I still remember the shock of seeing that, but here we are years later and it's finally leaving Early Access on October 19th for Linux, Mac and Windows!

The Sheeple are in trouble - they've been enslaved by the Drones - and it's all Patchman's fault! Now it's up to you to redeem Patchman, rescue the Sheeple, and uncover the awful secret behind the Drone army. Stay out of sight, wear clever disguises, search the forest for seeds, grow fruits and plants, tear down propaganda, awaken the Sheeple to break the control scheme, and power down those nasty robots! Featuring gaming's first anti-anti hero: Patchman, who you are, but aren't supposed to be! Make sense?

The developer sent over a key, so I've tested it and unsurprisingly the Linux version works flawlessly.

The gameplay is so incredibly weird it's hard to describe. I have no idea what is going on, only that grandma says I shouldn't be Patchman any more. She sent me on a quest for a fresh apple, so off I went to find a seed to grow an apple tree.

My first run ended rather abruptly as I followed some big yellow arrow towards my quest for an apple, to get instantly eaten by a bear and grandma was very upset. I tried again, this time grabbing a bees nest for some of that sweet honey to distract the bear — it worked! Only then when the tree grew and the apples fell down, a bunch of animals nicked most of them and then I got eaten by a bear again.

I finally got granny her apple and — oh no! Some sort of alien ship appeared and blew up her little house and captured her. The later levels are even more weird, with you tearing down anti-apple posters, avoiding enemies, growing crops and so on. It's a game that does a lot, in such a weird way.

It's completely ridiculous, unlike anything else and might be worth looking into.

View PC info
I'll be honest the premise is weird enough and the art charming enough to get my attention.
But I am with Liam on this , no idea what is going on.
0 Likes
kon14 9 Oct, 2017

View PC info
Well, I have to buy this one now. Looks quite interesting, and I am obligated to own a game that launched as a Linux exclusive.
0 Likes
While you're here, please consider supporting GamingOnLinux on: