Doomgeon, a fast-paced first-person dungeon crawler is up on itch.io with Linux support

After failing to get funding on Kickstarter, the fast-paced dungeon crawler 'Doomgeon' has gone to itch.io to continue development.

With a meagre goal of £3,000 the developer, OkaeriStudio, only managed to get £341 since February 11th. That doesn't mean it's a bad game though to be clear, a lot of good games completely fail to get any kind of traction across crowdfunding and various stores. 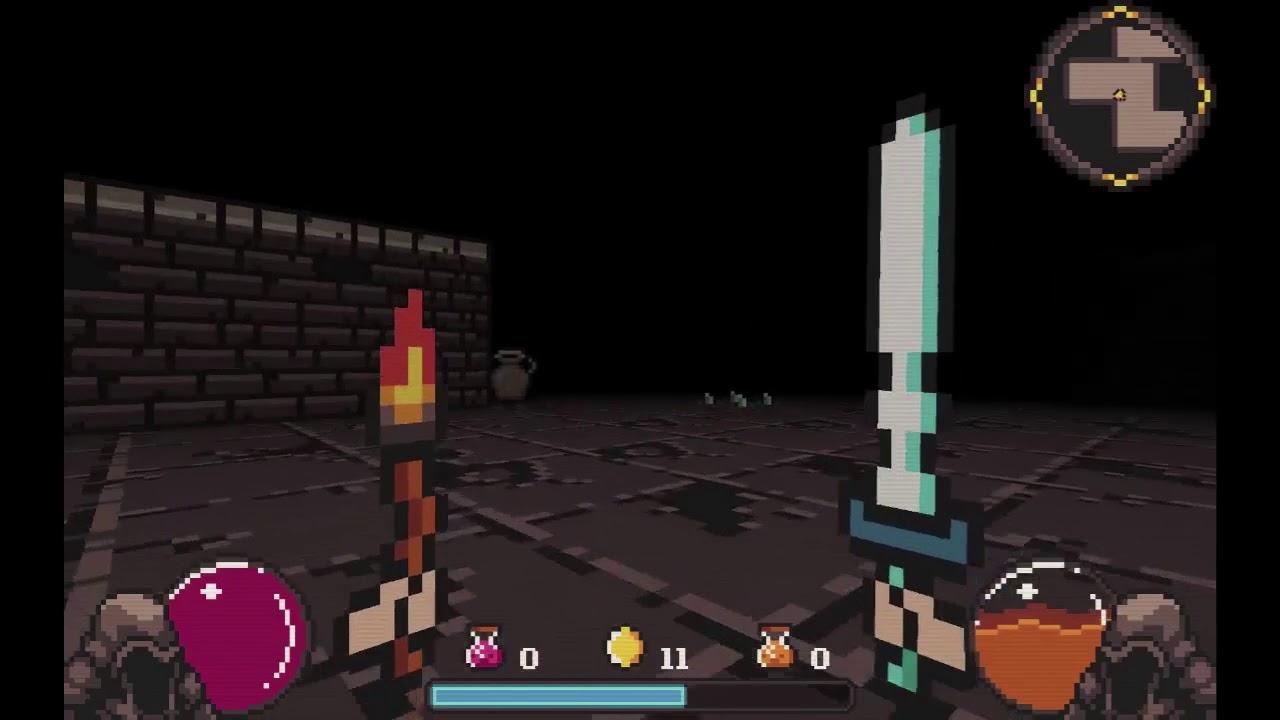 They say these features are already available:

As for what else is to come, they're planning to add in hero stats and a level up system, an inventory system, additional types of heroes to play, quests, boss encounters and so on. The developer is hoping to put up a new build every 1-2 weeks. You can check on what they're tinkering with on the public Trello roadmap.

Personally, I think the combat does look reasonably good it's just that the actual dungeon looks really quite bland. That could have been one of the reasons it didn't interest many on Kickstarter, so hopefully OkaeriStudio will spice it up a bit.

Thanks for the tip NuSuey.

Article taken from GamingOnLinux.com.
Tags: Early Access, Dungeon Crawler, Indie Game, Itch.io, Pixel Graphics
6 Likes, Who?
We do often include affiliate links to earn us some pennies. We are currently affiliated with GOG and Humble Store. See more here.
About the author - Liam Dawe

View PC info
Not sure why they're trying to make a connection to DOOM with the name and visual style of the logo. There's nothing else in the trailer that makes any kind of callback to it.
0 Likes
SuperGamersGames 13 Mar, 2019

Quoting: NezchanNot sure why they're trying to make a connection to DOOM with the name and visual style of the logo. There's nothing else in the trailer that makes any kind of callback to it.

A reasonable thing to point out. The style of FPS was originally based off of Doom's FPS System. Though, as the developer has mentioned on his twitter, the game has mostly gone on to have a more Prelude of the Chambered sort of style to it.

The current state of the dungeons being empty is also something that'll definitely be looked into, and seeing as the developer just posted this link to the Discord Community, he probably will add this to his trello.

-SGG
0 Likes
While you're here, please consider supporting GamingOnLinux on: