Something I missed, Door Kickers [Steam, Official Site] gained an online co-op mode back in November of last year and the developer has released some interesting statistics. 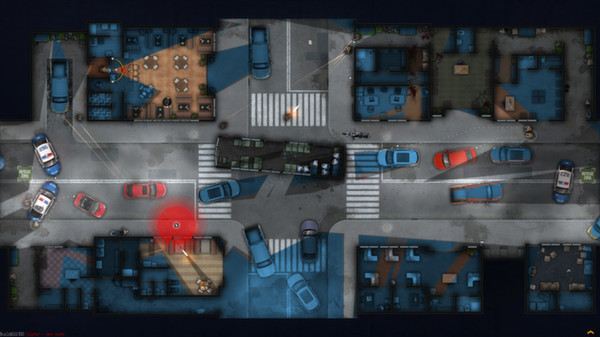 From their Tweet they showed that 60K players over the course of two months played 450K online co-op games, of that 1.5% of players where doing so on Linux, 4% on Mac and the rest on Windows. That's pretty well in line with expectations and again far above what the Steam Hardware Survey shows as the current Linux market-share (it's lower due to Asia growth).

The online co-op mode is sadly Steam exclusive, likely due to a reliance on Steam APIs, which is becoming increasingly common for GOG versions not to get online play or Linux versions due to Galaxy not being on Linux.

Also, they have confirmed recently that their next game, Door Kickers: Action Squad, will indeed be coming to Linux. Here's what they said:

Linux and Mac OS X versions will be made. They will be released after the full PC version so let's say 6 moths from now but don't mark it in your calendar just yet

View PC info
One guy from the developer studio did a presentation at GDC one or two years ago and it was really great! Truly inspirational about how they focused on making a game quickly, rolling their own tech, without over-engineering it (like most studios do).
0 Likes

View PC info
I have this game but haven't played it yet. I did not know about the co-op addition. I will give it a go sooner than later because of that!
0 Likes

View PC info
Is that co-op mode Steam-exclusive?
The game itself is also on GOG, but advertised there as 'single player'....
0 Likes

View PC info
Okay, where does those 1% come from?

I'm happy to hear that they shared their numbers and Linux has a good partof it, what we all kinda knew already. And also great to hear their next game will get a port too!
0 Likes

I still don't see it. They don't quote operating systems at all in that picture. Maybe they changed it.
0 Likes

I still don't see it. They don't quote operating systems at all in that picture. Maybe they changed it.

It's still the same, but you need to scroll down a bit, as it's a long picture.
Here is the part where they share the platform percentages:

These are the same numbers mentioned in the article for OS X and Linux.
1 Likes, Who?
While you're here, please consider supporting GamingOnLinux on: