Dope TrashCanners, a free online shooter (with bots) that has an amusing twist

By Liam Dawe - 11 March 2017 at 8:44 pm UTC | Views: 5,165
Dope TrashCanners [itch.io] has just arrived on Linux and after trying it out I'm really quite impressed. The gameplay is simple, but the twist on death is quite amusing.

You have one simple aim: Kill them most people. That sounds pretty normal, but the kick is that when you die, you get to pick a new skill. 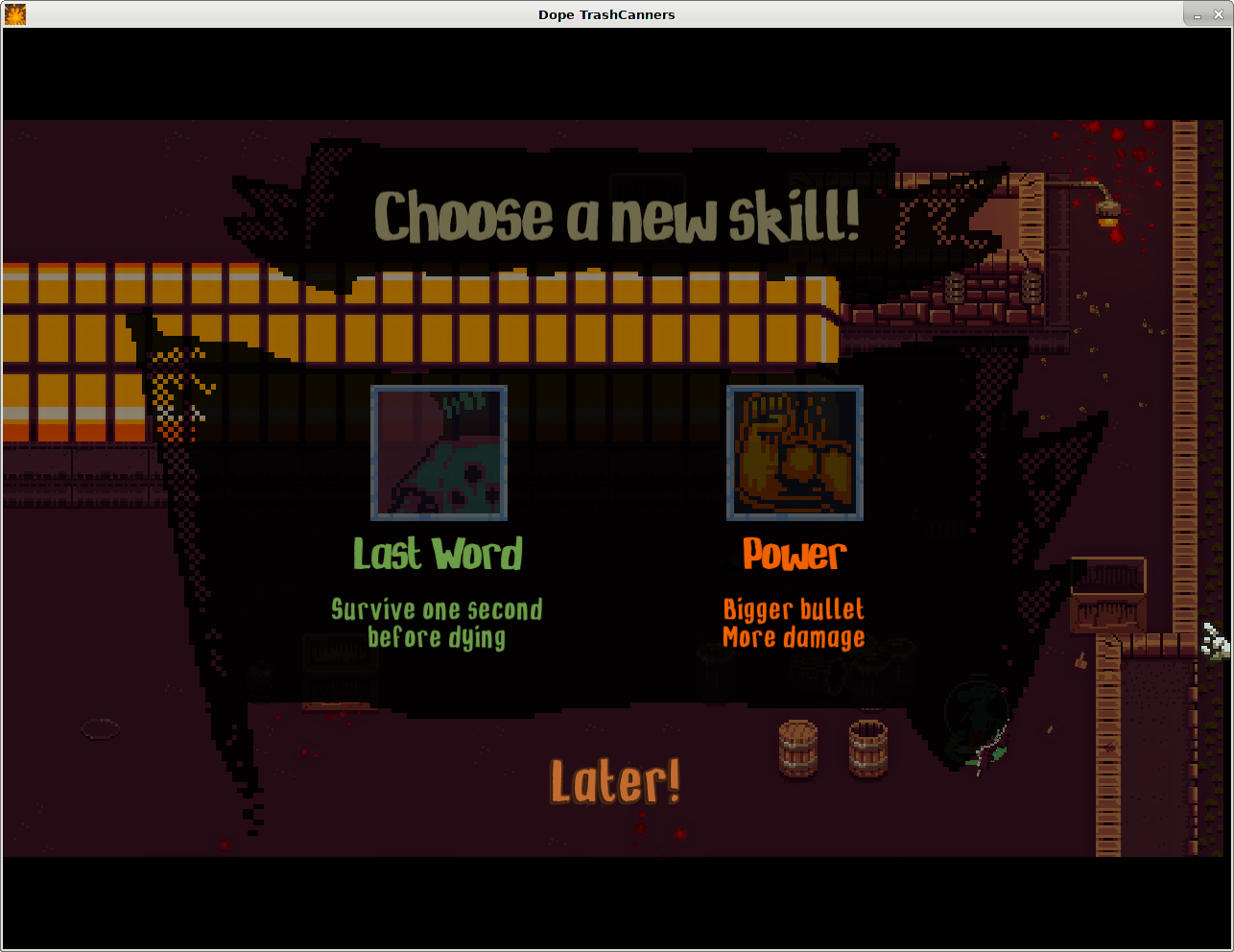 I've found it to be pretty fun so far and it could be an interesting game for a livestream or a tournament since it's free.

Features
- Online multiplayer game, up to 4 players (with or without bots).
- Deathmatch or Team Deathmatch, on 6 various maps.
- 30 different skills, you can get by dying.
- 6 primary weapons, 4 secondary weapons and 8 powerups, to be even stronger.
- Crates and Bushes, to protect you, to hide, or to become vicious.
- 13 editable game parameters, to configure its game as we want.
- Totally free! 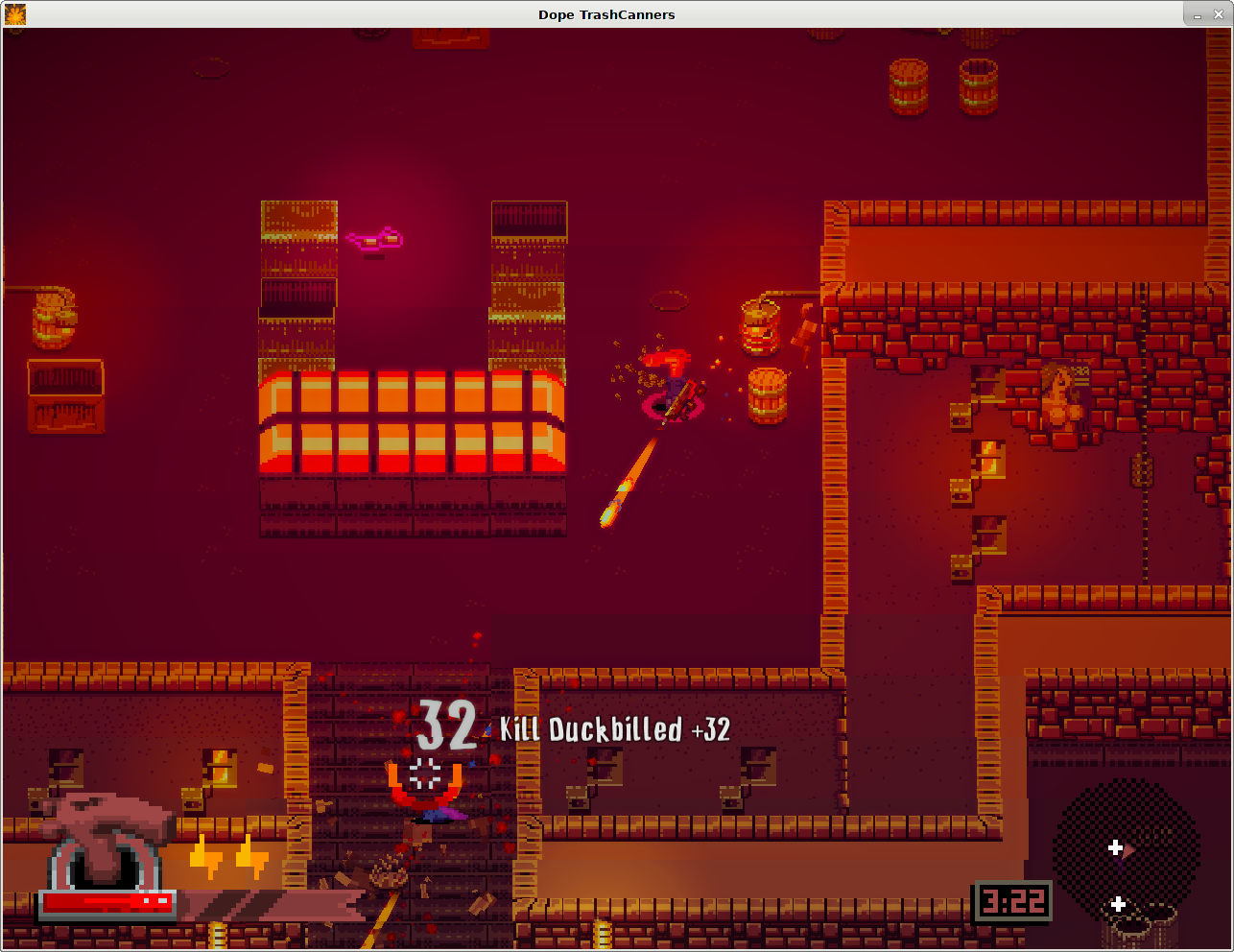 It's available right now on itch.io to download, but I highly recommend using the itch app. Article taken from GamingOnLinux.com.
Tags: Misc
2 Likes , Who?
Share

View PC info
Huh. So the more you die, the more powerful you get as compensation? Interesting. Sort of a self-balancing mechanism. I'm not particularly interested in the game itself, but that does sound like a neat twist.
0 Likes

View PC info
It's really fun, and as i follow the game since mid-2015 (http://forum.canardpc.com/threads/100902-Jeu-Disponible%21-Dope-TrashCanners-Ouai-gros), it gives some special love feeling to see it's actually a game now. And it's free, it's well worth your after-lunch break, and probably more.
0 Likes
While you're here, please consider supporting GamingOnLinux on: