Another one shown off during The Game Awards, Double Fine have now shown off the first official trailer for Psychonauts 2.

Originally funded on Fig, where Double Fine managed to get almost four million in total we've been waiting a while for this. Linux is a confirmed platform and I've no doubt Double Fine will deliver the Linux build. 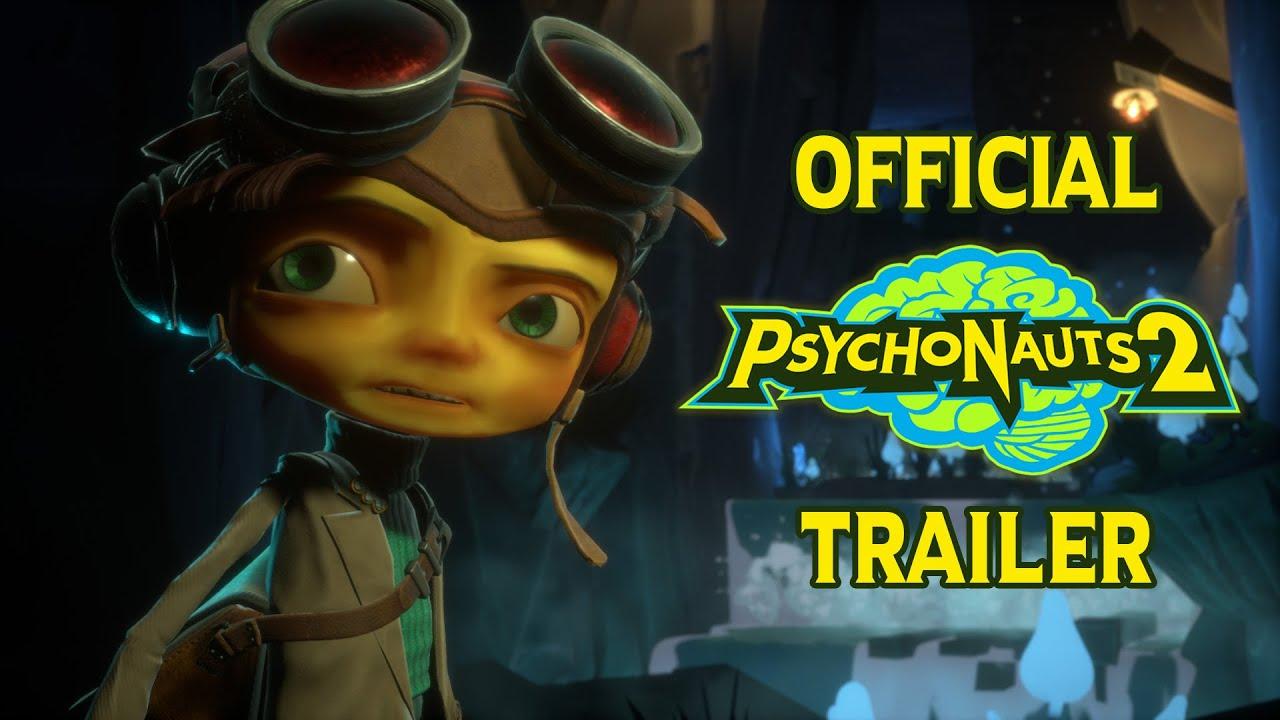 Psychonauts 2 tells the story of Razputin Aquato, a gifted acrobat with psychic powers, as he fulfills his life-long goal of becoming an international psychic super-spy. In other words, a Psychonaut. Raz joins the Psychonauts at a dangerous time: a mole has infiltrated the organization and is planning to resurrect history's most cruelly powerful psychic villains. Not knowing who to trust, Raz must dive into the history of the Psychonauts, and that of his own family, to fight the demons of their shared past.

Set to release sometime in 2019, no solid date has been given.

I also have a confession to make, I have still never played Psychonauts. Am I mad? Should I seriously set time aside to play it? I've no doubt you will tell me so in the comments.

Article taken from GamingOnLinux.com.
Tags: Adventure, Upcoming, Video
16 Likes, Who?
We do often include affiliate links to earn us some pennies. We are currently affiliated with GOG, Humble Store and Paradox Interactive. See more here.
About the author - Liam Dawe

Good question. I have it, but never bothered to actually try it.
1 Likes, Who?

View PC info
I'm surprised by how low-fidelity it looks. I've been watching their youtube videos and followed the development and thought it looked better in those. At least when it comes to the videos, perhaps not actual game play. It's like they took the old models and just put them in the new game engine. The lighting is beautiful, but the meshes/models are a bit 'meh'.
0 Likes

It's worth it for the milkman conspiracy alone.
5 Likes, Who?

AzPI'm surprised by how low-fidelity it looks. I've been watching their youtube videos and followed the development and thought it looked better in those. At least when it comes to the videos, perhaps not actual game play. It's like they took the old models and just put them in the new game engine. The lighting is beautiful, but the meshes/models are a bit 'meh'.

I actually thought this was great, as it got me instantly hooked into the feeling I want to recelebrate with the sequel. But then again, I only played psychonauts after the linux release, so it always was retro to me.

After watching the video again, I really think some characters would actually lose character with higher resolution.
I just hope they don't mess up the camera with this one.

View PC info
I hadn't played it either until it came out for Linux a few years back, and... well, it hasn't aged well. I can see its brilliance, and how it must have been a revelation at the time, but it's obvious that it's from the early days of doing this kind of game in 3D when people were still learning how to adapt. There are parts that are needlessly confusing, things it could really do without, and in the end, although - I'll stress this again - I did enjoy it a lot, I just gave up.

And that worries me a little about the sequel. It has the potential, like so many other sequels that have been a long time coming, to be a massive disappointment by either remaining so close to the original that it retains all the flaws long-time fans had forgotten about (or gloss over), or by updating it for modern sensibilities to the extent that they feel it's been “dumbed down”. There's a fine line to walk there, and it isn't easy.

I hope I'm wrong. As I say, I did like Psychonauts. I'm looking forward to more of it in a modern engine. But this is Double Fine we're talking about here. They've got quite the track record when it comes to let-downs.

const 7 Dec, 2018
View PC info
Psychonauts wasn't just some game from the early times. It was a seriously groundbreaking and revitalizing game in a 9 year old, thought to be totally explored genre (Mario 64 was 1996, Banjo Kazooie 1998, Psychonauts 2005). Basically every good 3rd person game from after it has some roots in it.

And it had it's flaws. There were numerous times I didn't know what to do (Had to use a walkthrough, as I really wanted to finish it). There were sadistic jump sequences and the camera could really get into the way. No doubt about it.
I totally agree the chances are amazing but there's risk it will be like yooka laylee

In a perfect world, they acquired some human resources from sucker punch to show them how to get the mechanics feel natural and the camera behave. For story telling, I can put some trust in double fine

View PC info
Psychonauts have not aged well. I'd advice you to wait for the sequel, Liam.
0 Likes

Good question. I have it, but never bothered to actually try it.

Then you should play it.

It's an amazing little gem.