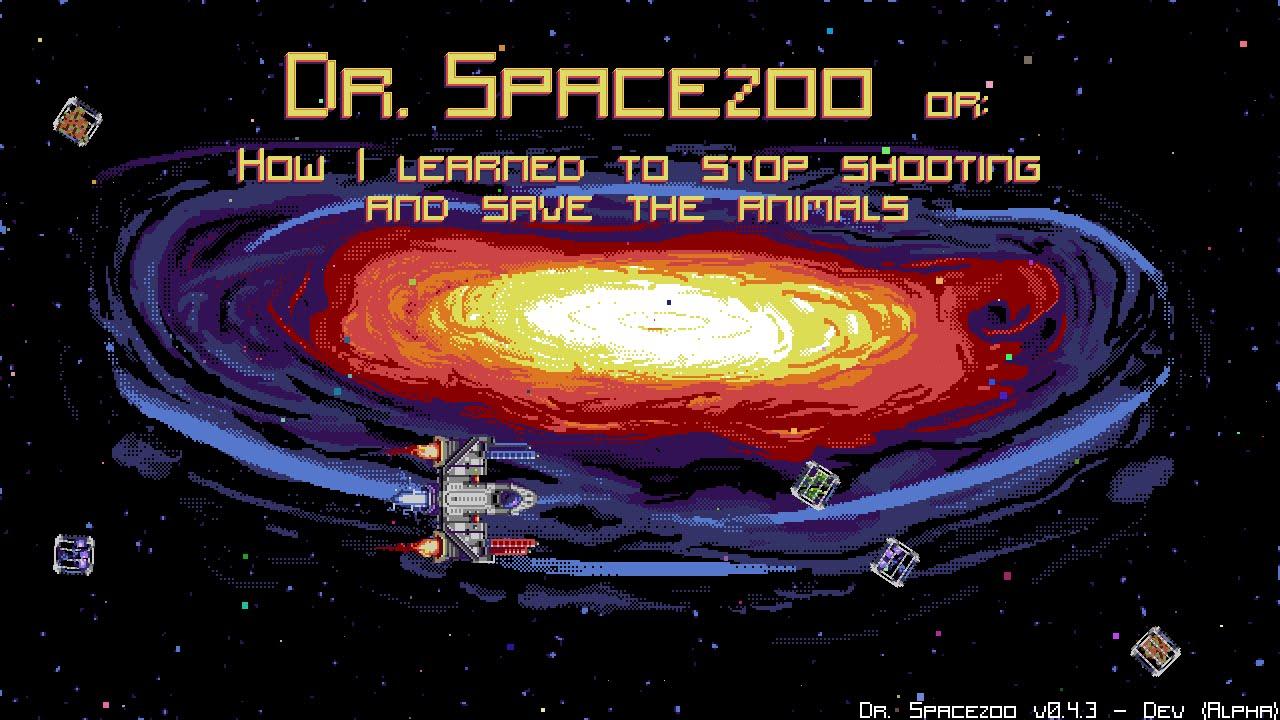 You don't find too many games that come with a demo, so that was a surprise. The demo worked flawlessly too, which is amazing.

You can find the demo directly on the Itch.io store page for it. I feel in love with the idea of it after trying it out, and can't wait to see it get finished.

Don't let the slightly slow start fool you, the later levels get a bit on the insane side. The amount of different weapons you have and their effects are pretty awesome to see too.

The full version is only $3.99, which i feel is a great price point for a game like this with tons of replayability.

About the game (Official)
Dr. Spacezoo is an arcade style time-attack twin-stick shoot-em-up that is packed full of gibs, grease, and glow. Fight through bullet filled Space Zoos to save starving exotic space animals from a corrupt AI before time runs out. Procedurally generated levels provide a challenging and new experience each play through.

It's currently available to buy on Itch.io, and you can vote for it on Steam Greenlight. Article taken from GamingOnLinux.com.
Tags: Early Access, Demo, Greenlight, Initial Thoughts, Itch.io
0 Likes
We do often include affiliate links to earn us some pennies. We are currently affiliated with GOG, Humble Store and Paradox Interactive. See more here.
About the author - Liam Dawe

View PC info
Oh, this looks fun. Not sold on the aesthetics of the backgrounds though. I think I'll give the demo a spin though and if it's good, I'll consider buying after it's out of Early Access.
1 Likes, Who?

View PC info
This is probably the game I dreamt of playing back in the Amiga days.

Those days are long gone.
1 Likes, Who?
While you're here, please consider supporting GamingOnLinux on: