Drifter 0.2.2 is now available with a bunch of fixes, features and Linux support! celsiusgs.com/drifter/preord… 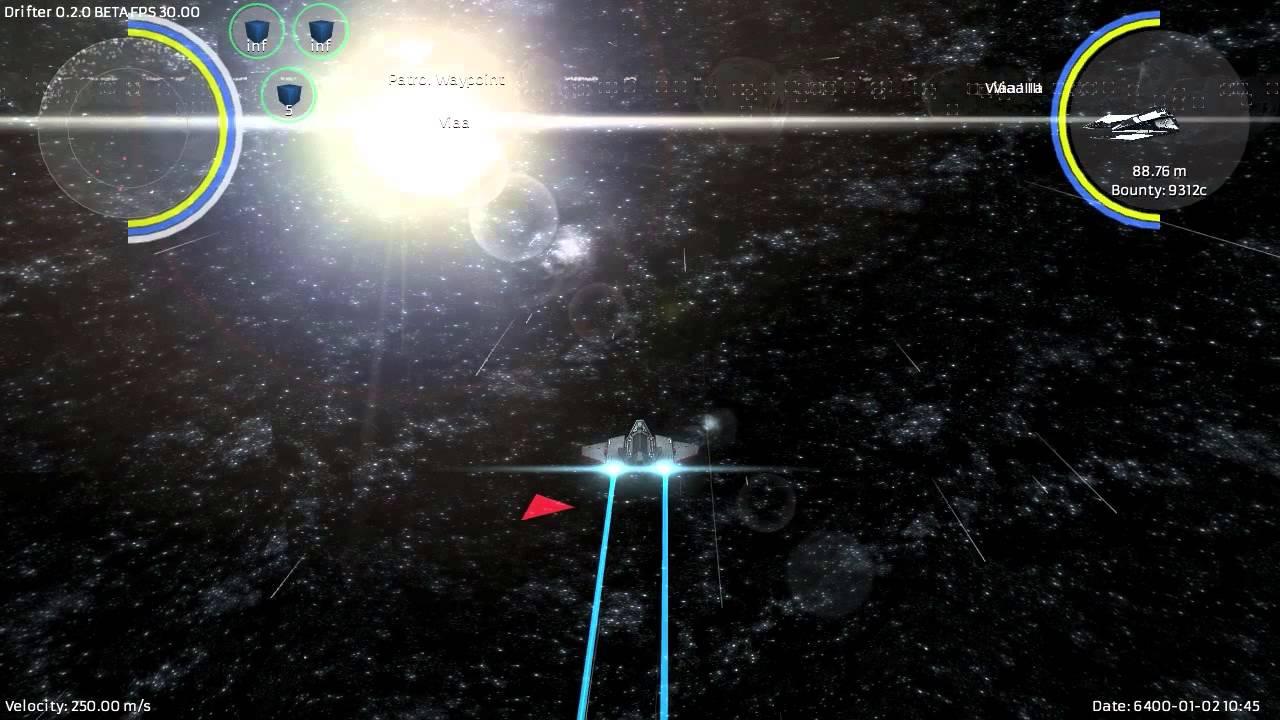 What you get if you pre-order Drifter:

If you have any issues the author has noted a few things:


QuoteIf anyone has problems running the game with it complaining about libGLEW.so.1.6 being missing, try downloading http://celsiusgs.com/drifter/Drifter-Static-GLEW.tar.gz which contains versions of the executable which are statically linked against GLEW.


There is a strange bug in the random number generator that only appears in the 32 bit Linux version of the game. I would have caught it before it went out except when I tested the 32 bit build I ended up using the cached galaxy map generated by the 64 bit version. My apologies and I will have a fixed 32 bit build as soon as I get to the bottom of it.

It's still a work in progress of course the game is by no means complete yet!

We do often include affiliate links to earn us some pennies. We are currently affiliated with GOG and Humble Store. See more here.
About the author - Liam Dawe
I am the owner of GamingOnLinux. After discovering Linux back in the days of Mandrake in 2003, I constantly came back to check on the progress of Linux until Ubuntu appeared on the scene and it helped me to really love it. You can reach me easily by emailing GamingOnLinux directly.
See more from me
Some you may have missed, popular articles from the last month:
The comments on this article are closed.
1 comment
s_d 10 Jun, 2013

Yeah!  I spent a few hours last night playing the beta.  The soundtrack (by @dannyBstyle of Meatboy, Binding of Isaac, Canabalt) has the right kind of haunting solitude for a very lonely exploration/trading game like this one.  Anyone who killed weekend playing Wing Commander: Privateer will feel right at home in this one.

In fact, anyone who played that game and was disappointed that it lost replay value, due to feeling fairly static, will be pleased with all the awesome procedural generation in Drifter.  The galaxy, star systems, planets, asteroid fields, and mission list, are all procedurally generated.

In this beta, there are definitely some rough edges, however.  The menus are very spartan, and some features are missing in them (such as a way to display the descriptive text of some equip-able items and cargo-hold contents).  The options menu provides little in the way of performance tweaking for lower power machines. There are no cutscenes/movies at present.  What exists of "story" is largely nonexistent at this point.  Graphically, it is very pretty and serene, with the exception of some fairly severe aliasing (which can be readily seen in moire patterns in planetary rings during movement, in the trailer).

The game's prefs file contains some hidden options, including AA, full-screen mode, and resolution selection.  I've tested full-screen mode, at default resolution, and it works great.  Unfortunately, default resolution is smaller than my screen, so the game appears with small letter and pillar boxes.  I'll try monkeying with resolution and AA (which, of course, will kill my poor integrated GPU, I suspect).  In any case, it's a very strong beta, and is already fun to play.
0 Likes
While you're here, please consider supporting GamingOnLinux on: