As of today the Beta for Linux is now officially up as per their announcement here.

Duke Caribbean: Life's a Beach - Grab your water gun and sunscreen as Duke battles vacationing aliens in beach side hotels, tropical lagoons and even a cruise ship! (OpenGL)

Duke It Out in D.C. - Duke takes his special brand of politics to Washington D.C. to turn back the alien invasion set against the White House, the Lincoln Memorial, and even FBI headquarters. (OpenGL)

Duke: Nuclear Winter - Take a brutal walk through this winter wonderland as Duke gets into the holiday spirit by bringing the battle to the North Pole! (OpenGL)

Duke Nukem 3D Classic - The classic version of Duke Nukem 3D in all it's original glory. Hail to the King, baby! (DOSBox)

It's looking like multiplayer is still happening too, I imagine it would be pretty fun to play Duke Nukem in multiplayer on Linux, who's with me?! Hail to the king baby! 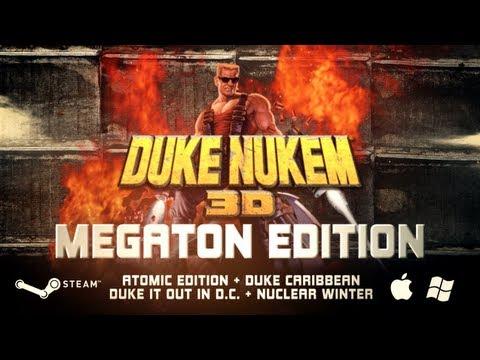 I am the owner of GamingOnLinux. After discovering Linux back in the days of Mandrake in 2003, I constantly came back to check on the progress of Linux until Ubuntu appeared on the scene and it helped me to really love it. You can reach me easily by emailing GamingOnLinux directly.
See more from me
Some you may have missed, popular articles from the last month:
The comments on this article are closed.
6 comments
tweakedenigma 29 Jul, 2013
Really looking forward to playing this and The Shadow Warrior again.
0 Likes

Quoting: cfultzMissing executable? Is anyone else getting this? I'm running Ubuntu 12.04.2.

You need to switch to beta. Rightmouseclick on the game. On updatetab select public beta.
0 Likes
cfultz 31 Jul, 2013

Quoting: cfultzMissing executable? Is anyone else getting this? I'm running Ubuntu 12.04.2.

You need to switch to beta. Rightmouseclick on the game. On updatetab select public beta.

Gotcha! Thanks!
0 Likes
While you're here, please consider supporting GamingOnLinux on: