A recent post by the developer has detailed plans going forward for the title and there’s big changes incoming.

Ebony Spire: Heresy [Official Site] is a dungeon crawler that’s inspired by the titles of yesteryear but made to be played in more manageable time chunks. Liam wrote about it when it first came out and he seemed to have a really good time. It had a rocky start at launch and wasn’t really able to sell many copies, something which the developer has been refreshingly open about, but has since then gone to break even and surpass sale expectations selling over 6000 copies.

As a thanks for the continued support, the game is getting a major graphical overhaul as well as a fair deal of UX and general improvements. Here’s some of the bigger stuff you can expect from the revamp:

In a more recent post the developer, Bearded Giant Games, has shared the reasons why the reasons why he was able to do this update in the first place. It's a good reminder of the realities of being a small developer and something well worth keeping in mind for the next game you play or purchase. There are also some comparison images showing what we can expect from the graphical revamp: 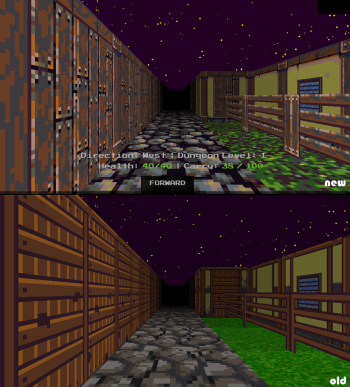 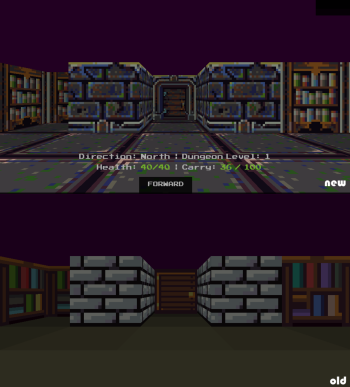 It’s looking good and definitely gets that retro vibe right. In the same post, the possibility of a sequel is also teased if the original game continues to sell at a steady rate (at least $100 a month). I appreciate the frankness of the dev and wish him the best of luck meeting his target.

It may also interest you to know that the game is MIT-licensed and purchasing the game on itch.io will give you a copy of the source as well. There’s also a github page but it looks like it might not be up-to-date.

You can grab Ebony Spire: Heresy on itch.io or Steam.

View PC info
I actually ended up having an extended chat with the dev drinking a few beers trying to debug a problem. Got it figured out should be fixed with this update. Glad to see he got done finally :D
1 Likes, Who?

Feels nice that Linux has the time-based lead for a change. It's also telling that the dev here is willing to admit that time-based leads make a significant difference. We've been saying that, as Linux users, for years.

[EDIT: Also, you might as well buy it on Itch.io, since you get a Steam key for free there, as well as access to the game via the Itch client, and direct download.]


Last edited by scaine on 29 September 2018 at 10:45 am UTC
2 Likes, Who?
While you're here, please consider supporting GamingOnLinux on: