Dungeons 3 - Famous Last Words, the real "final" DLC is out today and a new free map for everyone

Do you love being evil? Do you consider yourself a master of dungeons? Well Dungeons 3 is pretty good and the "final" DLC Famous Last Words is out today, with a free patch.

The patch is a small one, mainly bug fixes but it does add in a new Skirmish Mode map named "Boss Monster" for everyone. The more interesting part is the new DLC, this makes it at least the third time they've said it's the final one. Perhaps this really is the last? It's called Dungeons 3 - Famous Last Words and the release trailer is below: 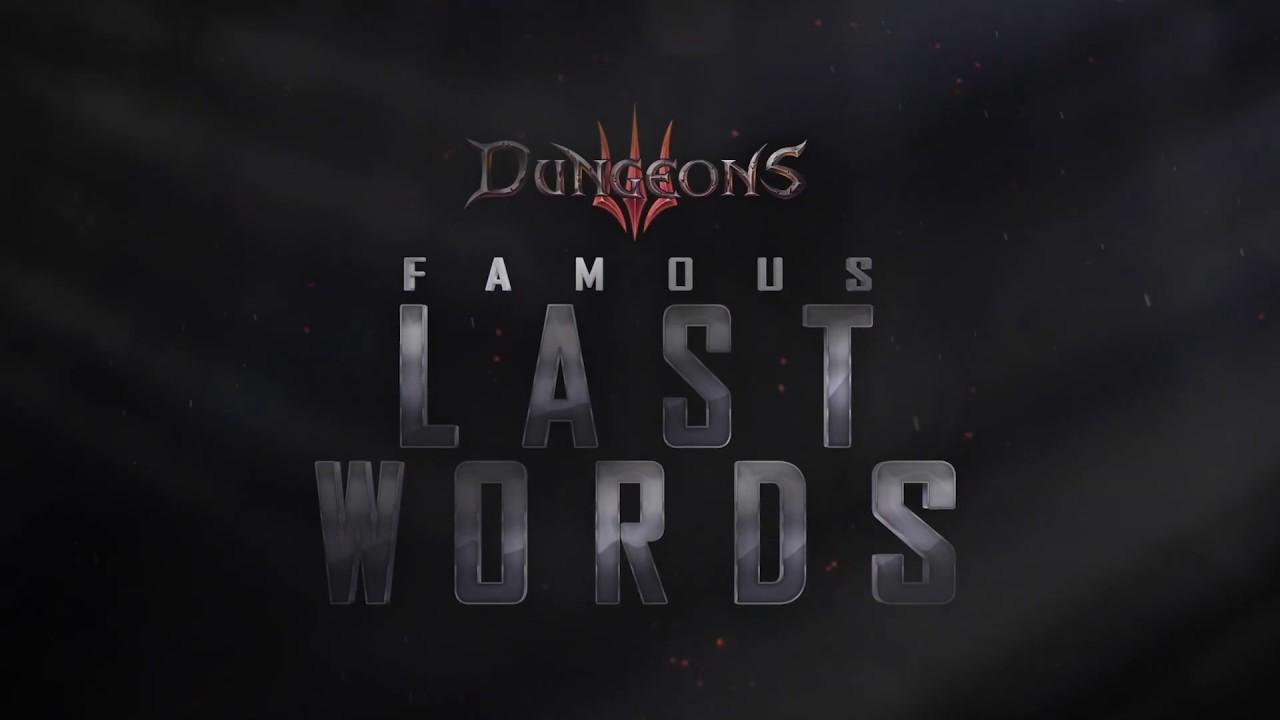 Quite a small one, priced around the same as the Once Upon A Time, Evil of the Caribbean, Lord of the Kings and An Unexpected DLC packs and seems to have around the same amount of content included. Would have been better if they ended it with a bigger one like Clash of Gods though I think, as now it just feels like it's being milked a bit.

I do hope the Narrator in question is the original posh sounding person and not whoever did the voice work on that trailer. They don't exactly make that clear though, would be a let-down if it was a new voice-actor, as I love the narrator from the original campaign.

You can get Dungeons 3 and the new DLC on Humble Store, GOG and Steam.

View PC info
The links are mixed up, the Steam links sends to the Humble store
0 Likes

Quoting: poke86The links are mixed up, the Steam links sends to the Humble store

Thanks, fixed. Lucky I was checking the comments, in future to ensure we see correction reports do send them in the box above the comments "For spelling, grammar and other corrections to our article—click here" as it notifies all editors :)
1 Likes, Who?

View PC info
Oh, maybe I'll get this one eventually. I'll wait 'til I complete the ones I have.
0 Likes
QoAaD 21 May, 2019
Anyone tried the co-op mode on this? I'm trying to picture how that works and failing....
0 Likes
While you're here, please consider supporting GamingOnLinux on: