Dying Light [Steam, Humble Store] is easily one of my favourite Zombie games ever made, Techland did well with it and they've continued adding free content.

The latest addition, Content Drop #4 adds Prison Island, a new area that gives you access to the Prison Heist game mode. A time-based challenge that sees you attempt to break into the armoury as fast as you can. It's available in single-player and co-op too! It's damn difficult as I found it. I tried it and failed many times, but it's seriously good fun. You're not just against normal zombies, but heavily armed soldiers as well and there's a lot of them, there's also some special infected too. Going in rather unprepared as I did was not the best of ideas!

Some advice for those taking it on—Craft a lot of medpacks, lockpicks, get some decent ranged weapons and throwables and…pray. Here's a few cuts of me attempting parts of it: 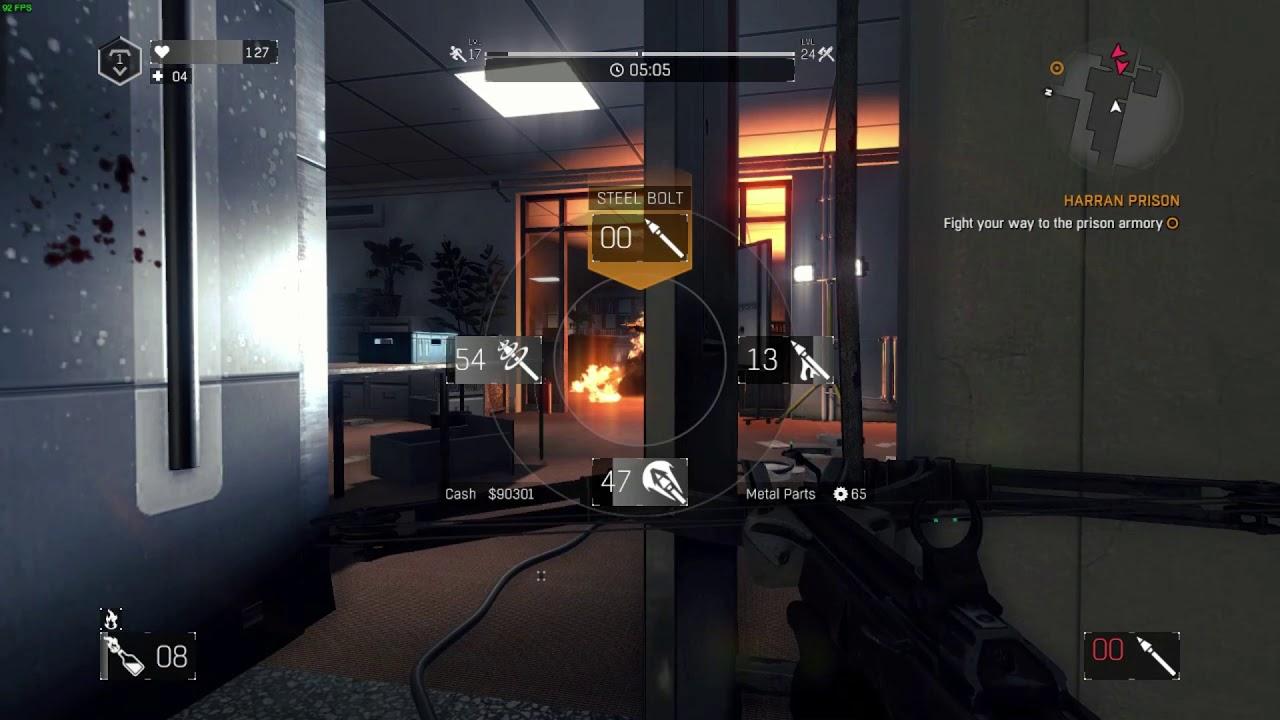 To get there, you need to be in the original area shown at the start of the video (not The Following's countryside) and pick the quest to find the boat.

Content Drop #5 is also now available, which adds a new enemy variation. Sgt. Deathrow, a previously unknown Demolisher mutation (the big guys) into Old Town. He's strong and a bit crazy, but the XP reward is pretty big for taking him down.

They've said the next content drop is due in April and they said "we strongly recommend getting good at Prison Heist - it might come in handy soon..." so it sounds like the next free content update is going to be interesting.

On top of that, there's an Easter event going on which sees you hunt down a zombie easter bunny, if you manage to collect enough eggs you will unlock a new outfit.

Still don't own Dying Light? You can grab it with the big The Following expansion from Humble Store using our affiliate link to support us.

Also, for those wondering, Dying Light: Bad Blood the new standalone game from Techland is currently going to be Windows-only during the Beta period. When I last spoke to Techland, they weren't sure if it will see Linux support later or not.

View PC info
Does anyone know if they fixed the "Your game appears to be using modified data" bug? Last time I tried I could not play multiplayer games with Windows-users. I was really looking forward to that gaming session...
0 Likes

View PC info
Fantastic game, will be having a crack at this very shortly. I'll also chase that bunny for a bit, although I'm not too bothered about the outfits in general.
0 Likes

View PC info
Call me when they fix it to work with mesa
1 Likes, Who?

View PC info
I'm not sure I'd want to reinstall the game (and relearn the ropes) for timed challenges, new baddies or outfits, but actual story content or a new area to explore would be very welcome.
1 Likes, Who?
themixturemedia 29 Mar, 2018

View PC info
I would love to play the game but have the same issue with mesa being out of date (bug). I would love to see them put the effort in to fix this and or get vulkan support in.
0 Likes

Quoting: frykDoes anyone know if they fixed the "Your game appears to be using modified data" bug? Last time I tried I could not play multiplayer games with Windows-users. I was really looking forward to that gaming session...

Multiplayer has been fixed for a while dude
0 Likes

Problems launching the game on rolling distros like Arch seem unrelated. Check the long thread on the GOL forums.

It works fine on ubuntu, any other it plain refuses to regardless of what you try to force
0 Likes

Quoting: GuestHint: use exploding arrows instead of impact bolts. Also consider resistance boosters instead of medkits.

Hah yeah, admittedly it's been a while! Many months since I played properly :)
0 Likes

QuoteDying Light: Bad Blood the new standalone game from Techland is currently going to be Windows-only during the Beta period. When I last spoke to Techland, they weren't sure if it will see Linux support later or not.

I would like it to happen. I need it on Linux :). Unfortunately, when browsing some forums, whether it's steam or reddit etc, I see another wave of hate from (angry) Linux community on Techland developers for DL and DI ports...

If these two young Techland developers responsible for the Linux/OpenGL port read this wave of hate, I would not be surprised if they decided to not port it to Linux, same as a CDPR with Witcher 3 ...
2 Likes, Who?
1/3»
While you're here, please consider supporting GamingOnLinux on: