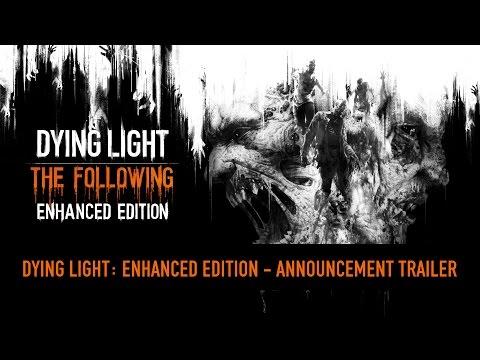 YouTube videos require cookies, you must accept their cookies to view. View cookie preferences.
Accept Cookies & Show   Direct Link
I'm a big fan of Dying Light, even with it being a bit iffy at times for me, but the general gameplay is fantastic. The developers have announced a newer Dying Light: Enhanced Edition is coming

Want to know if you will get it? This should clear it up:


We've noticed you have a lot of questions.
This infographic should clear things up. pic.twitter.com/PpW1mzqhR5

So, if you already own it you will get it, but the The Following expansion is still an expansion and needs to be purchased.

After reading all that, and with the new DLC coming out, I am seriously interested in it once again.

You can find Dying Light on Steam. I own the Season Pass, so I will be giving the Enhanced Edition a good go, and the DLC to give you all my thoughts on it. It arrives on February 9th next year, so not too long to wait! Article taken from GamingOnLinux.com.
Tags: Action, FPS, RPG, Steam, Upcoming, Zombies
0 Likes
Share

View PC info
The system requirements are killing me.

Liam Dawe 8 Dec, 2015
View PC info
I figured out my crashing issue, I did about 5 minutes in it early and basically hit my VRAM limit, no wonder it used to crash so often for me even on my 970. Note: close all programs, or reduce some settings = stable.
0 Likes

View PC info
I Bought Dying Light recently and is amazing. It run's smoothly even with my 560 GTX Ti, but the multiplayer is completely broken. It's impossible to play in co-op.
I hope this enhancement includes a patch for this, because this is a game to play while someone else is crying of terror :p
0 Likes

View PC info
Awesome game except for the horrible QTE final boss fight. I look forward to playing it again once The Following comes out.
0 Likes

M@GOid 8 Dec, 2015
View PC info
Bugs, bugs everywhere... I bought this in the Black Friday, the game show me a message saying it needs OpenGL 3.3, when I have 4.1 in the free drivers... It keeps crashing no matter what I do to convince it that my hardware meets the requirement... Now you guys say that the multiplayer is broken, so I did the right thing for getting a refund.

This developer is known very its very bugged games, so I will keep away from then. Dead Island still refuses to work with the open source driver. Another case of NvidiaGL for you...
0 Likes

Mountain Man 8 Dec, 2015
View PC info
Shadows of Mordor also had a crazy QTE final boss fight which ended up being the easiest fight in the game. I didn't mind it because I hate boss fights in general (they're often borderline unfair and ruin the pacing), but it still struck me as odd.
0 Likes

Quoting: MGOidBugs, bugs everywhere... I bought this in the Black Friday, the game show me a message saying it needs OpenGL 3.3, when I have 4.1 in the free drivers... It keeps crashing no matter what I do to convince it that my hardware meets the requirement...

Sounds like a problem with your drivers. I'm running a 760GTX and Nvidia's official drivers, and the game runs great for me. Very smooth and responsive, and it plays great with a Steam Controller.
0 Likes

Besides that, new parkour moves sounds cool, but I wish the list included "Linux performance improvements" and "green flashes during loading fixed".

Not very glad about the improved AI as the game was hard enough for me, but I’ll see…
0 Likes

View PC info
@LIAM, could you ask your contact in Techland about fixing performance and graphics issues in Linux with AMD drivers?
0 Likes
1/3»
While you're here, please consider supporting GamingOnLinux on: