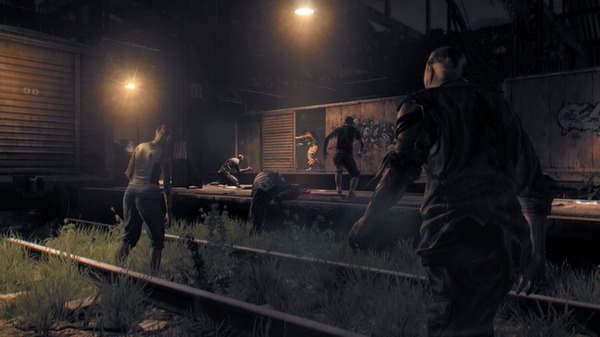 View PC info
Oooh, I may have to spend some money when I get home. :D
1 Likes, Who?

ricki42 10 Mar, 2015
View PC info
I might actually give this a try now. Though I'm a bit torn on this: on the one hand, I appreciate that they are working on fixing things and actually supporting the Linux version. On the other hand, I don't appreciate that they released it in such a broken state in the first place, basically selling a game that was unplayable for many people.
0 Likes

Segata Sanshiro 10 Mar, 2015
View PC info
Maybe I've just forgotten how bad it was before, but it seems worse for me or at least certainly not better.

Quoting: dubigrasuIs clearly an improvement in performance, probably with a very good PC it might be playable.
Not for me though: AMD FX8350, GTX 780, 16 GB RAM and I have something like 30 FPS from previously 20.
Hope they don't stop here.

Sabun 10 Mar, 2015
View PC info
I would grant them some slack ricki42. Unlike many other AAA developers out there not supporting or even porting their games to Linux themselves, Techland is taking it upon itself to do it for us. They want to be better at developing for the Linux platform.

I honestly believe this to be a very good point about them, and since this has only been their second release for Linux (day 1 release at that!) I honestly believe patience is well deserved for their good effort :D

View PC info
I still can't really play it... :'( But I did happen to get the "It's all in the writing" achievement just by starting the game...
I just get a rainbow effect over everything, now even before the main menu. I can walk around for 10 seconds fairly smoothly and it just crashes without even freezing or any other warning.

GenericUser 10 Mar, 2015
View PC info
coryrj19951,You use Linux Mint Right?.Maybe I can help you.First thing I need to know is what driver you are using Open Source or Propreitary?.
0 Likes

Quoting: coryrj19951I still can't really play it... :'( But I did happen to get the "It's all in the writing" achievement just by starting the game...

Did you previously get all the collectibles to get this? Or did it just randomly unlock? I'm trying to achieve 100% achievements in this, so any info you can share is valuable to me :)

Sorry to hear about it crashing and having rainbows, that sucks.
0 Likes
1/7»
While you're here, please consider supporting GamingOnLinux on: