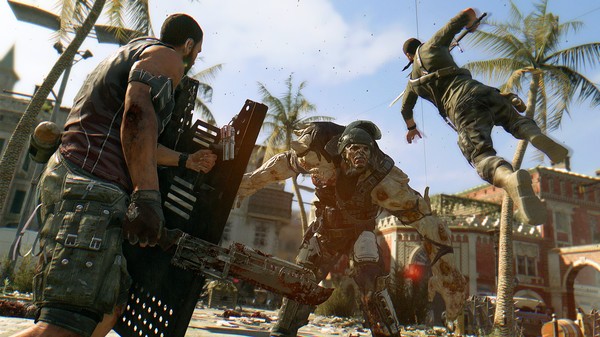 Techland have release a bigger patch this time around to fix lots of issues, but the game is still damn awful on Linux.

Linux gamers still seem to be unable to play co-up, the motion blur when running is still there when turned off (not as bad as it was), and performance is still utterly abysmal. I have relayed my feedback to Techland as usual in the hopes they fix it up.

The performance hasn't changed for Linux at all, and I've seen multiple reports stating the same thing about performance across many different processors and graphics cards, so it's not due to my own personal configuration.

We still do not recommend buying it, and we hope we can change this in a future patch. We really do want to play it! Article taken from GamingOnLinux.com.
Tags: Editorial, Steam, Survival, Zombies
0 Likes
We do often include affiliate links to earn us some pennies. We are currently affiliated with GOG, Humble Store and Paradox Interactive. See more here.
About the author - Liam Dawe

View PC info
This game honestly ran fine for me. Was it perfect? No. But it was defiantly playable. In fact, I beat the story with some 25ish hours of gameplay on record. Still one of the best games on Linux right now.

Update: As requested my framerate lies in the mid 30s on average with occasional spikes above 60. The lowest I saw was 18. The game feels much smoother than this however.

Quoting: n30p1r4t3This game honestly ran fine for me. Was it perfect? No. But it was defiantly playable. In fact, I beat the story with some 25ish hours of gameplay on record. Still one of the best games on Linux right now.

What FPS are you getting when in the city with zombies around? Turn on an FPS counter and let us know.
0 Likes
lazer 14 Feb, 2015
Wait, wasn't there a article some time ago with a title that said "Look ma, no blur"?
Did they unfix it?

by the way does the sign in through steam work? i could not get it to work, both fields just go blank when i hit enter.
0 Likes

Quoting: liamdaweWhat FPS are you getting when in the city with zombies around? Turn on an FPS counter and let us know.

Will do after my homework today. Yes, the framerate does dip every now and again. Will report back.
0 Likes

Quoting: n30p1r4t3This game honestly ran fine for me. Was it perfect? No. But it was defiantly playable. In fact, I beat the story with some 25ish hours of gameplay on record. Still one of the best games on Linux right now.

LOL - I consider that a serious high end setup.
If it just runs okayish on that rig, no wonder most of the users are facing performance issues.
1 Likes, Who?

View PC info
Okay, more investigating, motion blur does turn off, but it always blurs a bit when you run no matter what settings.
0 Likes

bubexel 14 Feb, 2015
View PC info
I'm playing it with i5-4440 CPU @ 3.10GHz, GeForce GTX 650, 8GB RAM and fedora 21. And to be honest is totally playable with low settings. I'm really enjoying this game, its really funny. My frame rate is around 30-50, doesnt matter how many zombiees i have around. Problem is when im o high place and i can see big distances then my frame rate drop to 15-20 :( but is totally playable and i recommend it.

EDIT: i get the new patch and there isn't any change on perfomance :S atleast on OGL/Linux :( and they didn't write it on the known issues.
0 Likes

View PC info
With patch 1.3.0 I didn't notice the motion blur but with 1.4.0 it's very noticeable, it's not as bad as the original headache inducing blur it originally had but seem a lot stronger than 1.3.0.

I've been noting my performance since release mostly out of curiosity than anything else as I'm gaming on a notebook with a sub-par video card (750M) so I never expected to even hit 30 FPS. Here are my notes.

Note:
When I say avg FPS I'm talking about the FPS I'm running at most of the time, this is outside jumping around and killing zombies. Max FPS is the highest I've seen while in game normally this is indoors. Finally, low FPS is the lowest I've seen this is normally when I'm high up looking into the distance (not often) horde attacks are normally at higher FPS for me.

Setting wise I start with the default game with setting like texture, shadow, at max and progress from there, this means that each tweak contains the previous tweak listed above it.

What I noticed in game was that the FPS was more stable and predictable with 1.3.0.

I haven't reset my setting for 1.4.0 to see how they do with max setting and untweaked but I can stay that over all this is a huge improvement for my little 750M. I never expected to see 30 FPS.

Over all 1.4.0 has surprised me, when I first patched and saw over 30 FPS in doors I was excited. For a while I would running around and just reach the low 30s in the early levels. As I loaded up saves at higher levels I noticed the FPS drop to 22 FPS but it was stable and honestly a huge improvement over 16 FPS. I still don't expect to see the 30s outside of the early levels when there is not much going on but still seeing that was a surprise and if they still have improvements to make then maybe just maybe I'll have a play experience with a solid 30 FPS throughout, doubt it but hey. lol

Update: When it's twilight outside my FPS seems to drop sharply, this never happened before, it's still higher than 1.3.0 but the affect is jarring.
0 Likes
1/4»
While you're here, please consider supporting GamingOnLinux on: