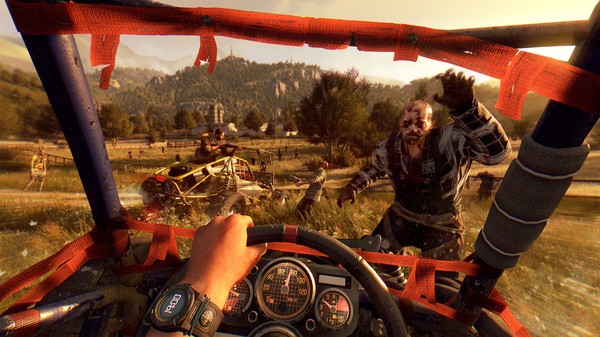 Just a heads up, a new Dying Light patch is now available. Sadly it broke the game for me on my main Ubuntu install

I have emailed and tweeted the developers, so hopefully they will fix it. Some people have reported it works okay for them, but it's completely broken for me.

Shame, as Dying Light is a great game when it actually works. Looks like the problem is my end this time though. I tested it on SteamOS and it works, so there's something not right with it on my Ubuntu install. If I figure it out, I will let you all know.
Update: Found the source of my issue.

The patch doesn't do anything major, but it enables The Following content for the mod tools.

About the game
Dying Light: The Following - Enhanced Edition takes parkour-fueled zombie survival to a whole new level. Enjoy the definitive Dying Light experience with the brand-new Legend system, improved visuals, major gameplay enhancements, and more. This package comes with all the available bonus content, including Be the Zombie, Cuisine & Cargo, Ultimate Survivor Bundle, and The Bozak Horde. Last but not least, travel beyond the walls of Harran to discover a vast, dangerous new region in Dying Light: The Following – a massive story-based expansion that brings mysterious characters, deadly new weapons, unexpected quests, and fully customizable and drivable dirt buggies.

Dying Light is a first-person, action survival game set in a vast open world. Roam a city devastated by a mysterious epidemic, scavenging for supplies and crafting weapons to help defeat the hordes of flesh-hungry enemies the plague has created. At night, beware the Infected as they grow in strength and even more lethal nocturnal predators leave their nests to feed on their prey. Article taken from GamingOnLinux.com.
Tags: Editorial, Steam, Zombies
0 Likes
Share

I am the owner of GamingOnLinux. After discovering Linux back in the days of Mandrake in 2003, I constantly came back to check on the progress of Linux until Ubuntu appeared on the scene and it helped me to really love it. You can reach me easily by emailing GamingOnLinux directly.
See more from me
Some you may have missed, popular articles from the last month:
The comments on this article are closed.
37 comments
Page: 1/4»
Swiftpaw 18 Feb, 2016

View PC info
Also the texture issue was never fixed. After playing it enough eventually I got to areas where there were more low-rez textures.

They reeeeeeeeeally should have focused on cross-platform development from the beginning...one can only hope they will switch gears and do Vulkan and have a cross-platform focus from now on.
2 Likes, Who?

Segata Sanshiro 18 Feb, 2016
View PC info
Completed the expansion (enjoyed it a lot), but still want to play it, do the side quests, etc. so cancelled the update. Thanks for the heads up!

I feel bad for Techland's two Linux devs, they seem overloaded and can't keep on top of all the issues. Been having this one where it crashes sometimes when I get out of my buggy - pretty annoying. There's the texture stuff too, but couldn't care less about multiplayer.
0 Likes

View PC info
If in Techland on OpenGL engine and Linux port working only two young developers, they also have other task in Techland (not only Linux, Linux is only at Free time). Also they currently are studying at university, so we should not be surprised that sometimes there are problems.

Quoting: DamonLinuxPLIf in Techland on OpenGL engine and Linux port working only two young developers, they also have other task in Techland (not only Linux, Linux is only at Free time). Also they currently are studying at university, so we should not be surprised that sometimes there are problems.

That's Techland's fault and shows they care very little about Linux support. It's also their fault for not focusing on cross-platform development.

Hopefully for their upcoming games they will make the switch to Vulkan and other cross-platform software and APIs.
0 Likes

View PC info
Thank you for reminding me NOT to get this game
3 Likes, Who?

Quoting: megamanx1978Thank you for reminding me NOT to get this game

Don't do that, apart from the bugs that we get sometimes this is an awesome game.
You're loosing a good game.
7 Likes, Who?

Quoting: Swiftpaw[
That's Techland's fault and shows they care very little about Linux support. It's also their fault for not focusing on cross-platform development.

Hopefully for their upcoming games they will make the switch to Vulkan and other cross-platform software and APIs.

Techland cant hire more Linux developer, because Linux market is too small and sale is low. So they can't get profit to make Linux version better important. They only experimenting with Linux gaming market.

We should be happy with what we have. Otherwise we would not have anything, because we generate still too small profit for big games. This profit in many times is good for small games - they can hire one developers and make linux port. Big games are more expensive and require resources.

So what you better want? Have Linux native port with sometimes issues or not have this games?

Quoting: megamanx1978Thank you for reminding me NOT to get this game

Don't do that, apart from the bugs that we get sometimes this is an awesome game.
You're loosing a good game.

I agree, the bugs are few and far between. It was only the first few months where it ran like a crippled tortoise. I've had tonnes of fun in this game (50 hours, will probably be 80 after I play through the other DLC and do some more side stuff) and I'm insanely picky when it comes to games. Don't expect a good story, but it's a great deal of fun, nice levelling and tinkering, good mechanics and production values. You'd be missing out on one of the best Linux titles from not getting this.
3 Likes, Who?
1/4»
While you're here, please consider supporting GamingOnLinux on: