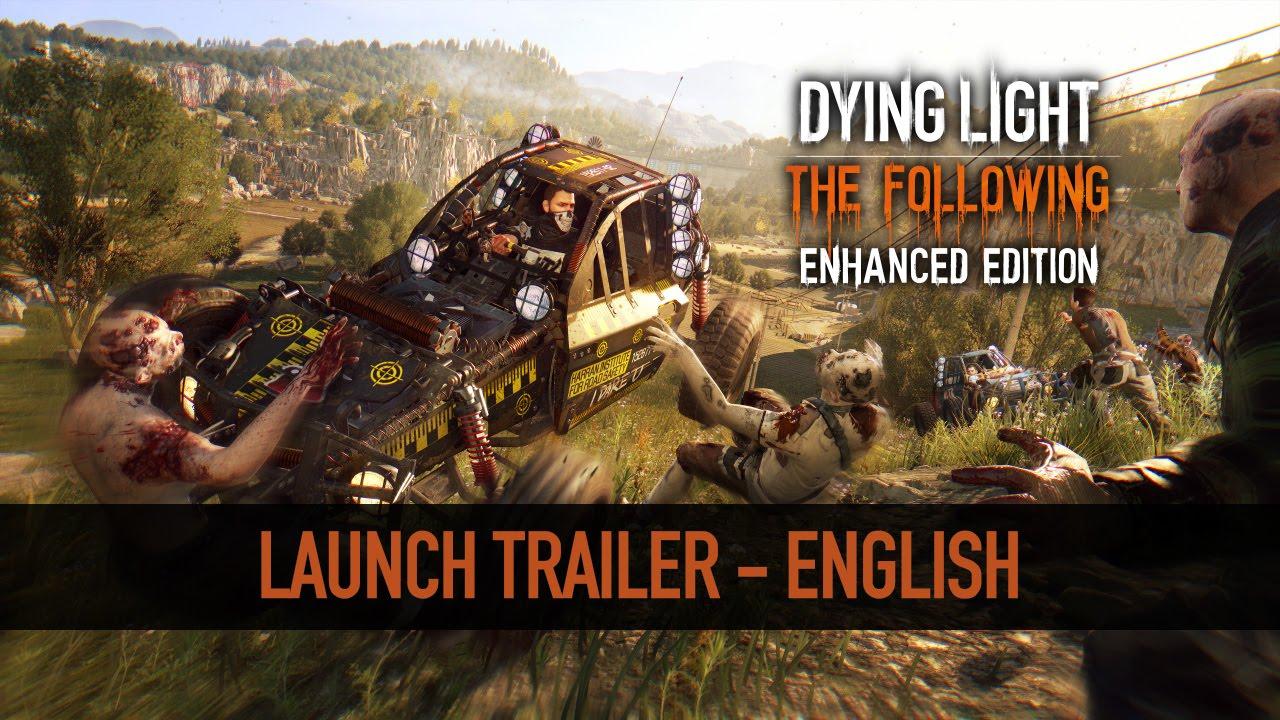 YouTube videos require cookies, you must accept their cookies to view. View cookie preferences.
Accept Cookies & Show   Direct Link
Dying Light: The Following - Enhanced Edition is a big patch and DLC now available for Dying Light. I have tested it a bit and here's what I found.

My thoughts
The sad thing is that The Following is entirely separate to the original game, with it's own campaign. You need to click "Play" and then "The Following" which I can already see confusing plenty of people on the Steam forum.

The odd thing is, while it's an entirely new campaign with separate saved games, I started off with all my equipment from the main game. Not quite as seamless as it being an added area to the main game, but better than nothing.

Apparently they added a "Film Grain" option around the 1.6 patch (which I didn't notice, as it wasn't in their changelog). I suggest turning it off if you also didn't know about it, as the game is much clearer now.

Seems like it could be a pretty good update and DLC, but the texture issue noted below is ruining the experience.

Issues
The textures repeatedly mess up (On Nvidia 980ti, 355.11 driver), with some of them being on High (my setting) and some being super low, see some shots here: 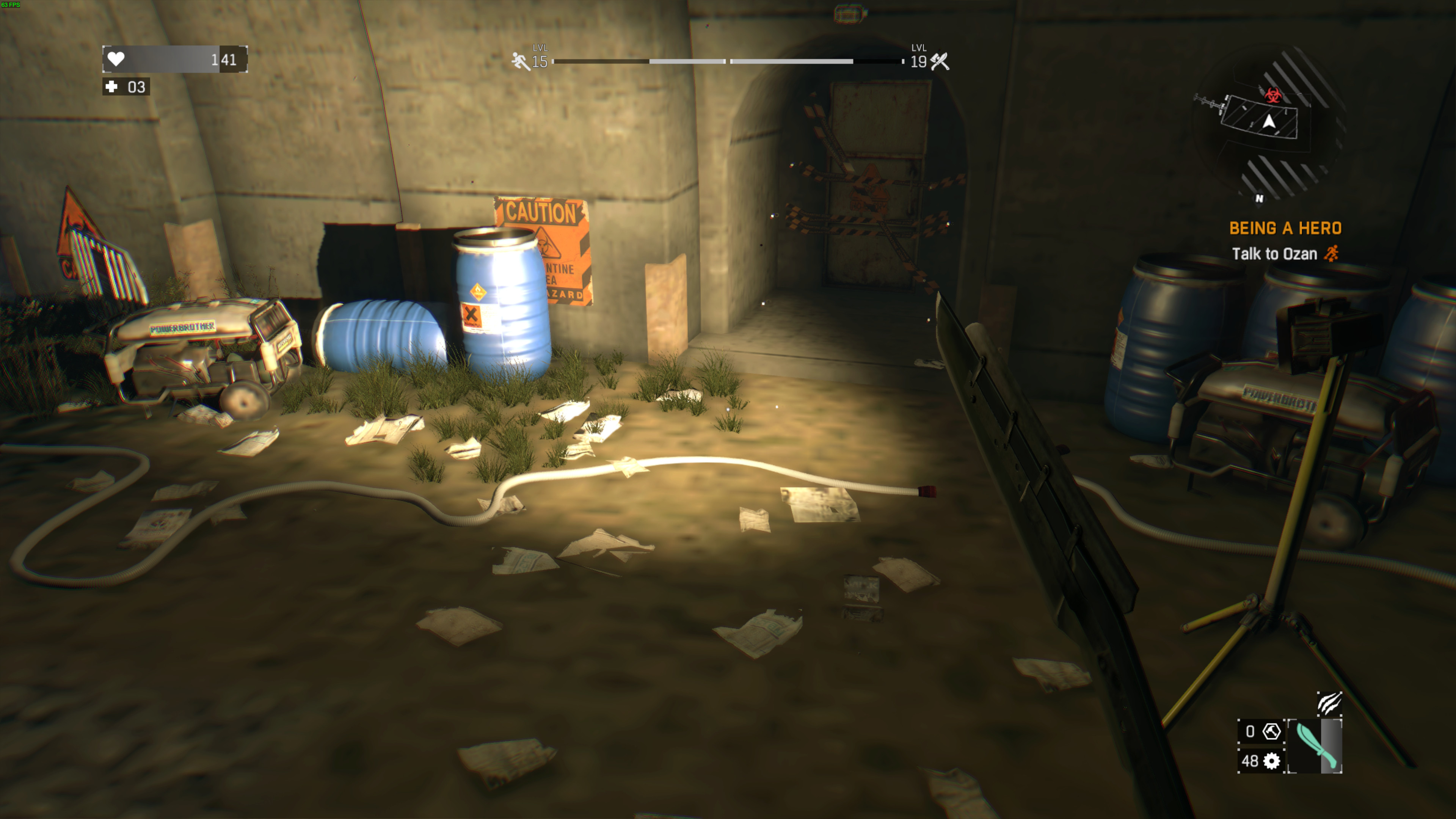 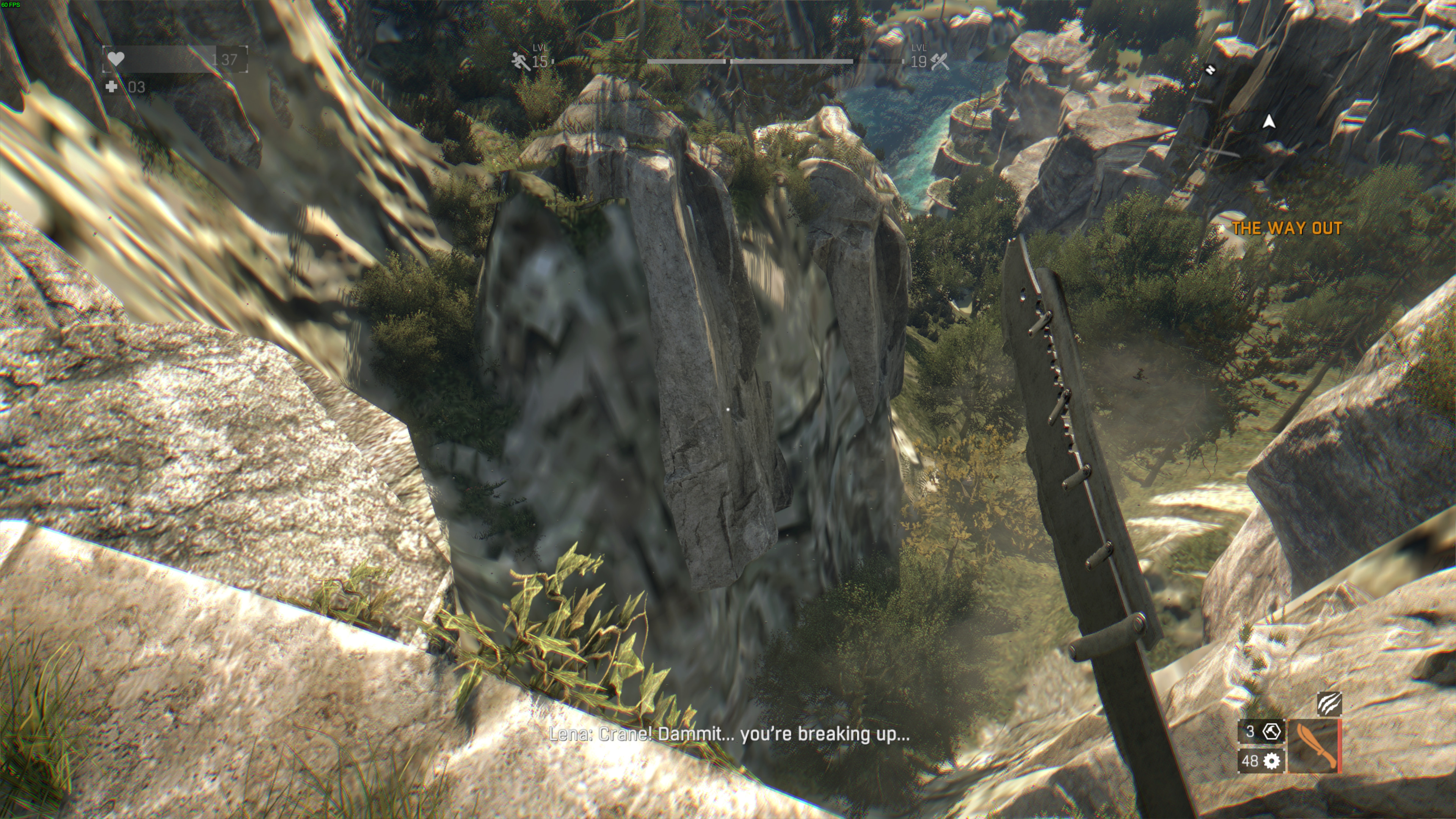 Sometimes a reload will fix it, sometimes it won't. It happens in both Dying Light and The Following. Damn annoying. I have sent in a support ticket with all my system information, screenshots and logs. I have also tweeted the developers and the dying light twitter account with this article.

I've also seen the textures mess up like the pictures simply switching from The Following to the Dying Light campaign.

I've also heard multiple reports of the game crashing for people who try to continue a previous saved game.

Changelog - This is all in the FREE Enhanced Edition patch, DLC content is totally separate.

It's free if you have the season pass, £39.99 for the entire thing together, or £15.99 for The Following DLC by itself. Article taken from GamingOnLinux.com.
Tags: Action, RPG, Steam, Zombies
0 Likes
Share

View PC info
Hey, that's an old issue that was already fixed once! I remember having super-blurry wall signs at the tower at the very start while having high textures otherwise. IIRC, it's a caching issue of sorts like they provided a prebuilt texture cache with lowres versions.

Liam Dawe 9 Feb, 2016
View PC info
Afraid not, I deleted the shaders folder to make it do it again, same issues.
0 Likes

The fact that it has been an issue for so long worries me, Techland really aren't all that good at supporting this title :(
0 Likes

View PC info
Their copypasted response to all reports and overall quiet behavior is indeed troublesome. Hopefully, what has been fixed once should be easily fixable again. On the bright side, if that's the only issue you've encountered, we're quite good. It could be much worse like missing heads on Linux after the recent patch. They fixed it on the same day though.
0 Likes

View PC info
I've not encountered any texture issues, or any graphical issues at all for that matter. It ran perfect for me. Granted, this is from a very limited sample size (less than an hour) since I don't have time to play it extensively now.

Edit: I should point out I am not the only one this happens to.

View PC info
I had one or two textures that displayed low quality, but maybe they just had not loaded yet, most of the game is fine for me.
0 Likes

View PC info
Maybe I just got lucky and didn't experience a problem with my brief time with The Following this morning. I'll give it a spin when I get home later today, hopefully everything runs just as well as it did this morning. After that I won't have time to play if for a few days as I'm going on a trip.

As an aside, has anyone figured out how to get the FPS counter to show up in Big Picture Mode?
0 Likes
1/4»
While you're here, please consider supporting GamingOnLinux on: