By -Daniel-Palacio- - 26 August 2016 at 4:00 pm UTC | Views: 6,133
Do you like games inspired in the works of H.P. Lovecraft? Then check out this horror newspaper simulator, where you and your team have to investigate a series of supernatural events at your town in the 1940s, all without losing your sanity in the process. 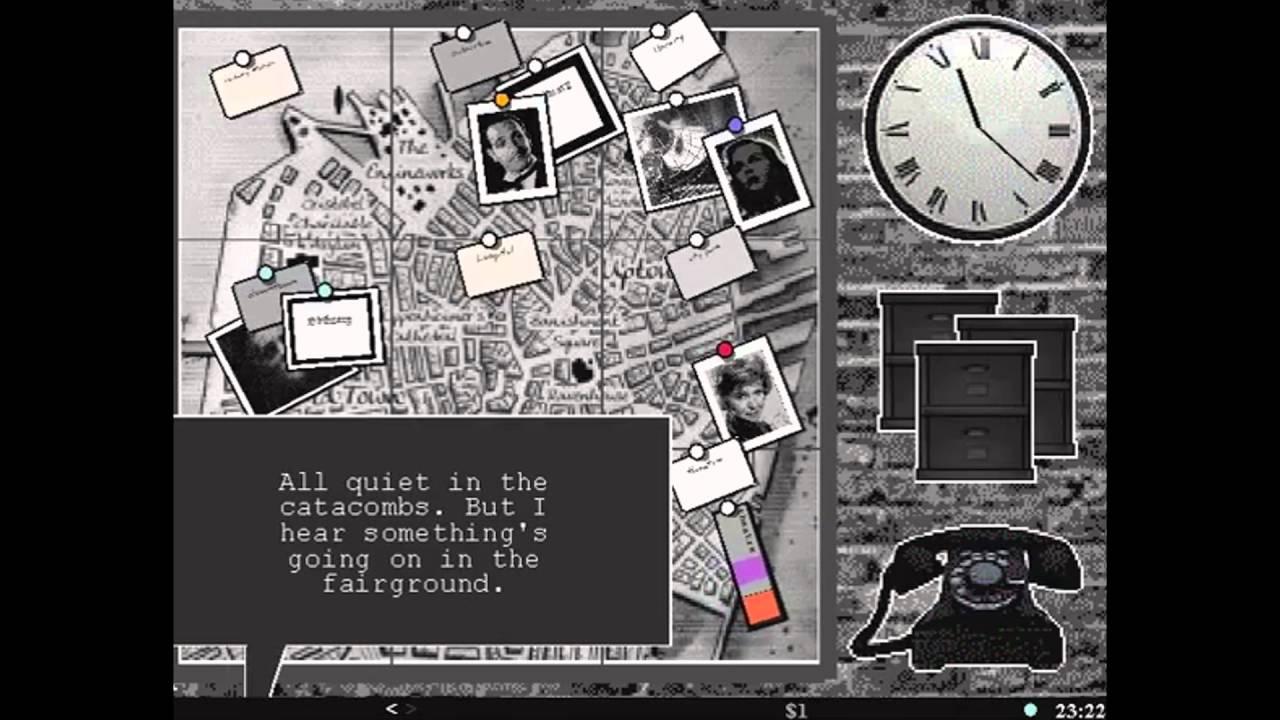 YouTube videos require cookies, you must accept their cookies to view. View cookie preferences.
Accept Cookies & Show   Direct Link
The game actually has a free complete version available at IndieDB, but is unfortunately only available for Windows. Right now though, they're working on the upgraded Editor's Edition with an improved layout (check the answer to 'Why Early Access?'). When asked about the chances of a Linux version, this is what the developer replied one month ago:


Quotecharon_sin_sys [Officer] 28 Jul @ 4:25pm
(...) The game is written entirely on .net platform, and while I haven't done the in-depth research yet, I believe I should be able to port it to other systems, at least when Linux/Android is concerned. (...) Either way, I am planning to eventually port the game to all .net supported systems.

And this is an update posted a few days ago:


Quotecharon_sin_sys [Officer] 20 Aug @ 5:58am
Well I compiled the game for my Linux machine for the first time yesterday. The sound doesn't work yet nor my extra fonts, but otherwise everything seems to be working as it should. So at this point I can probably say that Linux/SteamOS/Android ports are pretty much a guarantee :) 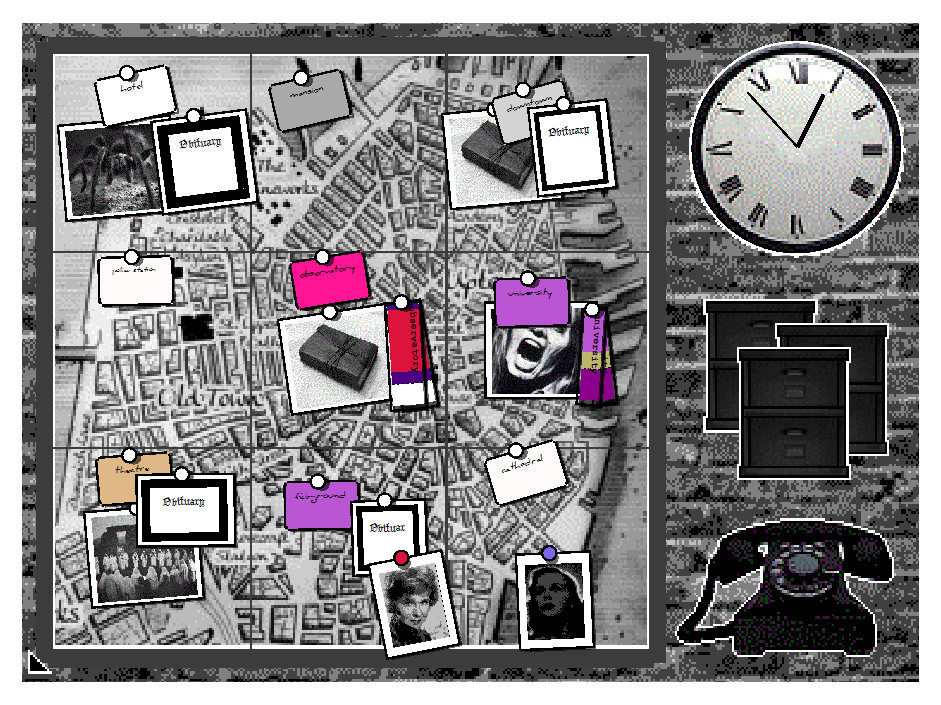 I'm not sure what to think about the game, though the premise can lead to something interesting if it's well executed. It kinda reminds me of Papers, Please, in the sense that you need to check a lot of documentation while the clock is ticking. Also, this official article by the developer explains the game mechanics and the alleged differences with other titles of the same style.

Since I don't have a Windows partition, I'll personally have to wait until/if a demo for Linux is released to play it a bit. Though another option may be to enter the contest at IndieDB and try your luck to see if you win a copy and then wait for the port. If by any chance you give it an opportunity, don't forget to share the news on the comments! 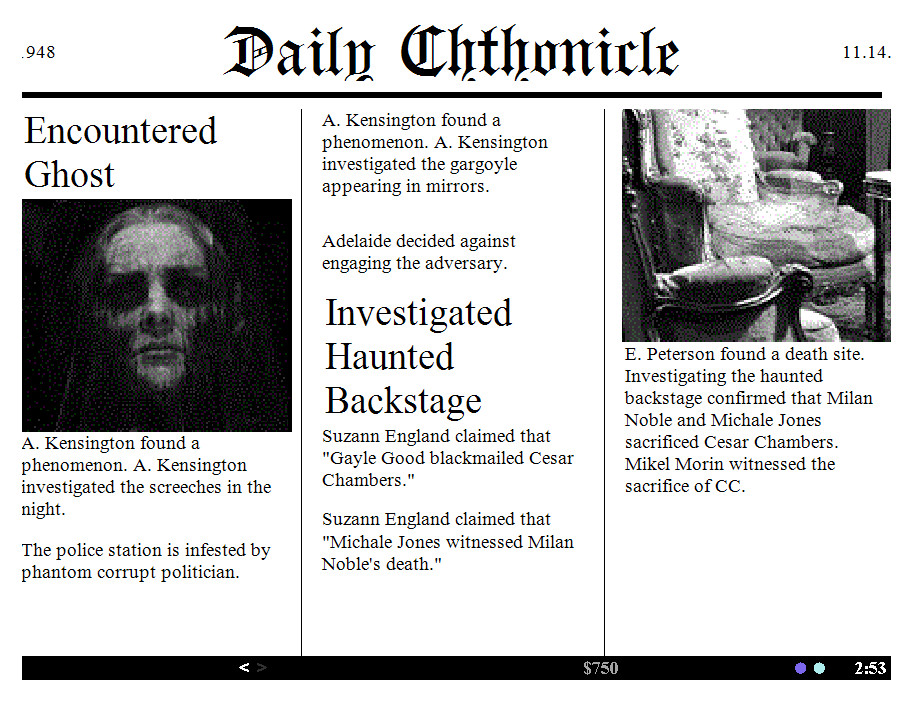 About the game (Official)
This game lets you try on the role of a Supernatural Newspaper Agency boss and editor. The world it takes place in is a dark and haunted one, with ghosts, zombies, monsters and even shapeshifting murderers, pretending to be human after they have stolen their victims' bodies or infiltrated the humanity. It was inspired heavily by the works of H.P.Lovecraft and it builds on the atmosphere of uncertainty and noir of the 1940s. 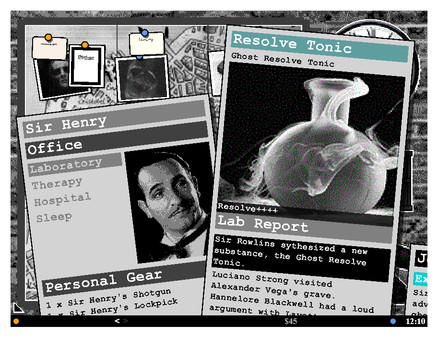 Send your sextet of weathered journalists, detectives and occult specialists to investigate murder, affair, and horror in the Town.

Each time, the story will be different. Sometimes, a werewolf is shredding innocent (and less innocent) victims to pieces and it is your task to unmask the creature. Other times, it will be a body stealing alien from outer space, a mummy that some misfortunate archeologist has excavated and is now haunting them. Perhaps it will be Jack the Ripper, still mysteriously alive and lurking in the streets at night. Or maybe there is a really bad big tentacled monster hidden in the cellar of the University? 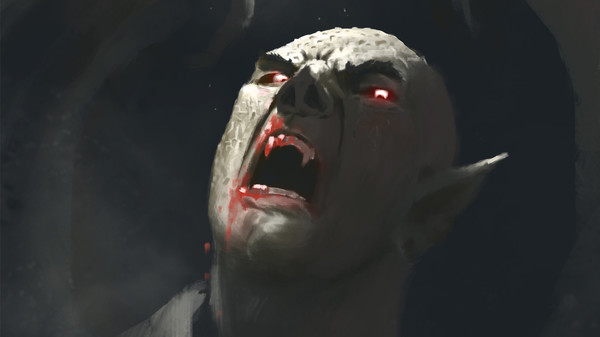 It is for you to find out and entertain your readers while bravely standing up against ancient evil. Article taken from GamingOnLinux.com.
Tags: Adventure, Horror, RPG, Simulation, Steam, Upcoming
0 Likes
Share

View PC info
Color me curious. If they take some cues from Sunless Sea this could be great.
2 Likes, Who?

View PC info
Yeah, I got a Sunless Sea vibe from this too. Looks good. Hopefully it hits the targets.
0 Likes