Eastshade, an absolutely gorgeous looking adventure game about a travelling painter will come to Linux

Few games make me sit back and just think 'wow', Eastshade [Steam, Official Site] is certainly one of those times as the trailer makes it looks incredible. Check it out: 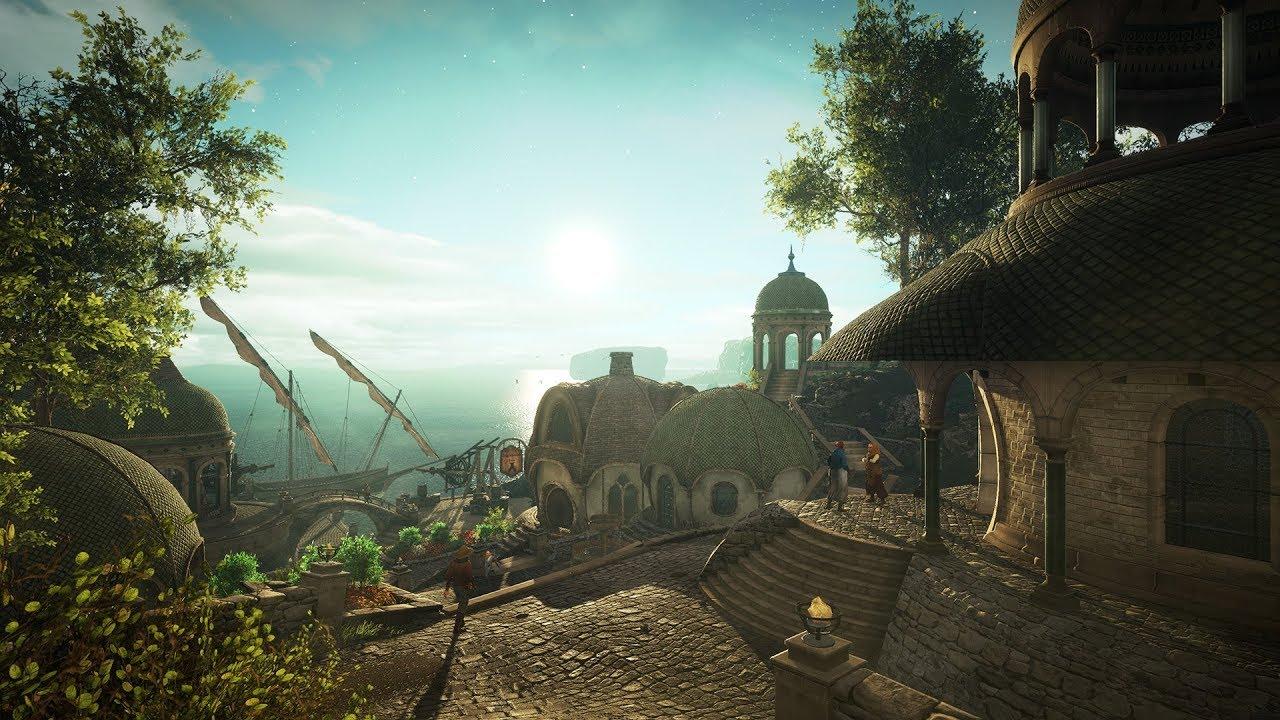 You are a traveling painter, exploring the island of Eastshade. Capture the world on canvas using your artist’s easel. Talk to the inhabitants to learn about their lives. Make friends and help those in need. Discover mysteries and uncover secrets about the land. Surmount natural impasses to reach forgotten places. Experience how your actions impact the world around you.

It's from the same developer who made Leaving Lyndow, which did previously have Linux support that was removed due to issues. Concerned about this, I emailed the developer, who said this about the situation (published with their approval):

Leaving Lyndow is actually still playable on Linux, and a few folks reported to me it works fine on their distro. I only removed the listing from the store front, to discourage future sales on Linux. Since I was getting a lot of bugs I started to feel uncomfortable with the quality of the port. Once I pulled the Linux listing, I fixed most of the remaining bugs to the best of my ability, and pushed an update. The one big bug that remains that I never fixed was the ability to save, but given that Leaving Lyndow is meant to be played in a sitting, the port is still quite serviceable. Nobody who bought the game was abandoned.

The source of most of my bugs in the first place were external APIs I have since deprecated and replaced. Additionally, given that the revenues of Eastshade will be higher due to its higher price point, I'll be able to afford a bit more time on the Linux port. Finally, I didn't really understand the nature of a Linux port when I shipped Leaving Lyndow. I thought that any bug with any distro under the sun was my problem. The community has let me know that I only need to officially support one distro, and any bugs with other distros I can let the community sort. I will only be officially supporting SteamOS.

I hope that clears things up!

I've spoken to them a little more and they might end up testing just on Ubuntu, but whatever they decide it sounds like they're at least a bit clearer on how to support Linux. It's a common mistake, thinking you need to support 99x distributions, when really if you target the main two you're usually good to go.

I look forward to giving Eastshade a run, as I really was impressed with Leaving Lyndow.

View PC info
I was about to hound the dev for ripping assets from Leaving Lyndow until that third paragraph. Checking on itch, Leaving Lyndow still does not advertise a Linux build of the game.
1 Likes, Who?

View PC info
I definitively look forward to this game. Very interesting concept and the detailed answer from the developer is heartening.
4 Likes, Who?
chepati 12 Mar, 2018
View PC info
Instabuy. Thanks, Liam, for bringing the game to my attention.
1 Likes, Who?

View PC info
I'm looking forward to this. I was looking forward to Leaving Lyndow too, but didn't end up playing it since it never came to Linux. I'm glad that they're considering Linux this time. Thanks for the info. This one wasn't on my radar yet.
0 Likes

Can anyone confirm that if I buy Leaving Lyndow, I will actually be able to play it? I understand not having official support, but I would like to give it a try.

Edit: Since it was on sale, I bought it anyway. I have only fired it up to play the first minute but it looks to be running perfectly.

View PC info
Your basically taking screenshots of the scenery, it be nice if they had a assisted painting mode and let the player attempt to pain things using heavy guides at the start?¿ perhaps that could be something for VR mode or something...
2 Likes, Who?

View PC info
My attention has been captured in that frame. Instabuy!
0 Likes
1/3»
While you're here, please consider supporting GamingOnLinux on: