Eat All The Things [Official Site], as the name might suggest is a game where you need to eat everything to progress and it's really weird. 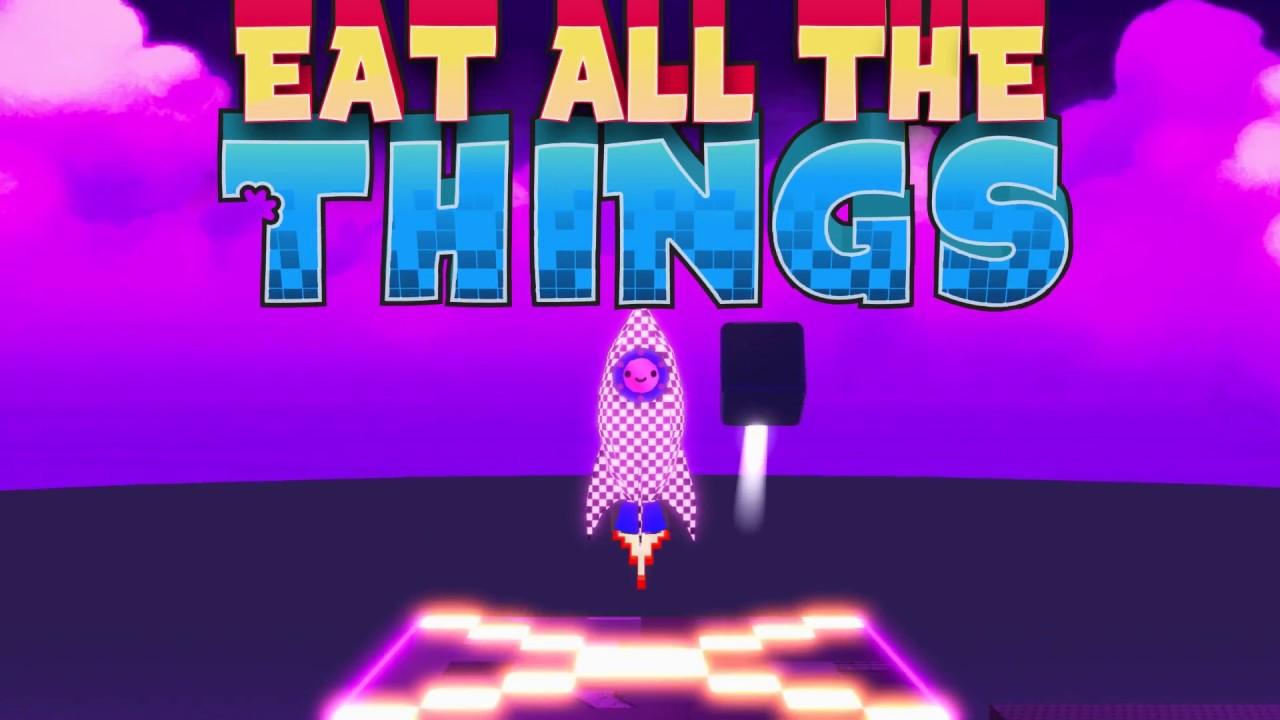 Few games confuse me as much as Eat All The Things and not because it's difficult, but because it's presented in such a way that makes everything seem really weird. Your character, Bronut McChumpchet, a little guy who loves food so much he dressed himself up like a donut and you're aided by a talking face in the sky. Well—okay then.

As you eat, you get bigger, both in terms of your character's height and weight, enabling you to push through certain objects, activate switches and so on. Certain things you can eat also act as power-ups as well, giving you wings for example.

It's a 3D platformer with simple action elements to it, as some sections will require you to push enemies off platforms or using your special ground-pound ability to squash them.

I was also able to open a wardrobe and dress up like a cake, so there's that too. 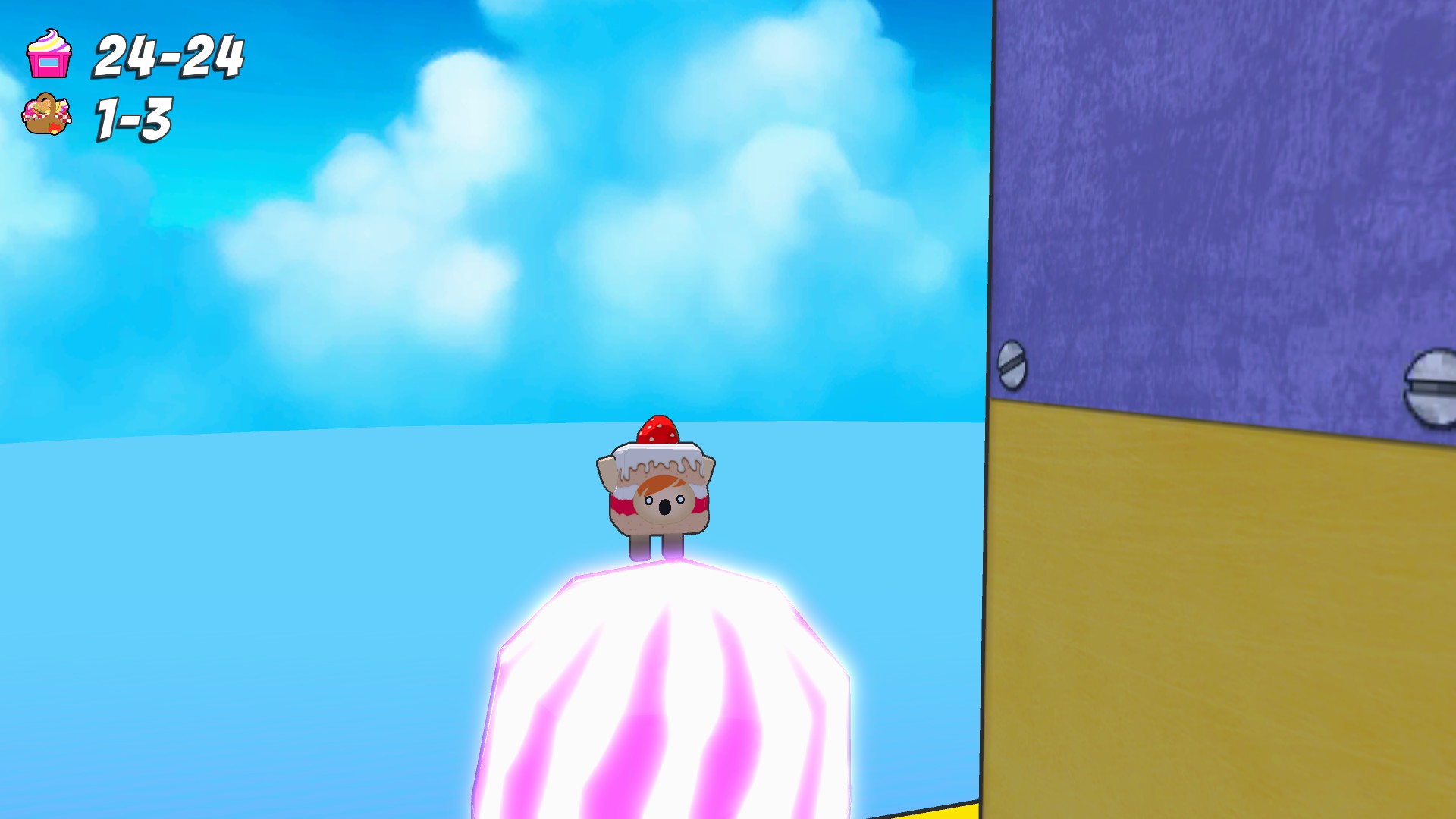 I would say they need to work on the camera angles, as it becomes a bit of a hassle when moving around to constantly pan the camera  manually so you can actually see what's going on, as it often moved to a point where I couldn't see anything. I think they also need to work on the introduction, to give you a better idea of just what the heck is going on. It's cute though and could be really interesting once finished.

What we have is an in-development colourful 3D platformer that has some interesting ideas, if a little weird in the presentation. You can find it on Steam.

View PC info
Eat everything? So it's Pacman!
0 Likes

View PC info
Gotta keep an eye on it, looks interesting, but I really have to stop getting early access titles
0 Likes

chimpy 8 May, 2018
View PC info
Haha it actually looks pretty cool like a cross between Super Mario Bro 64 and the Candy Kingdom from Adventure Time :)
0 Likes

View PC info
That trailer gave me diabetes
1 Likes, Who?

View PC info
And here I was hoping for some Katamari Damacy-ish madness... :'(

Agreed.
0 Likes
While you're here, please consider supporting GamingOnLinux on: